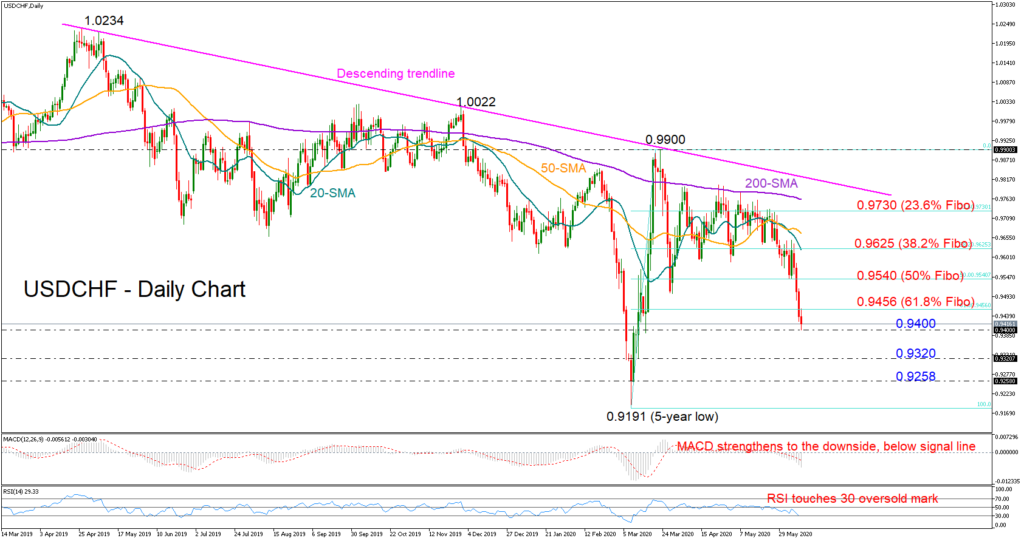 USD/CHF is set to close deep in the red sea this week following the sharp pullback off the 0.9625 level. 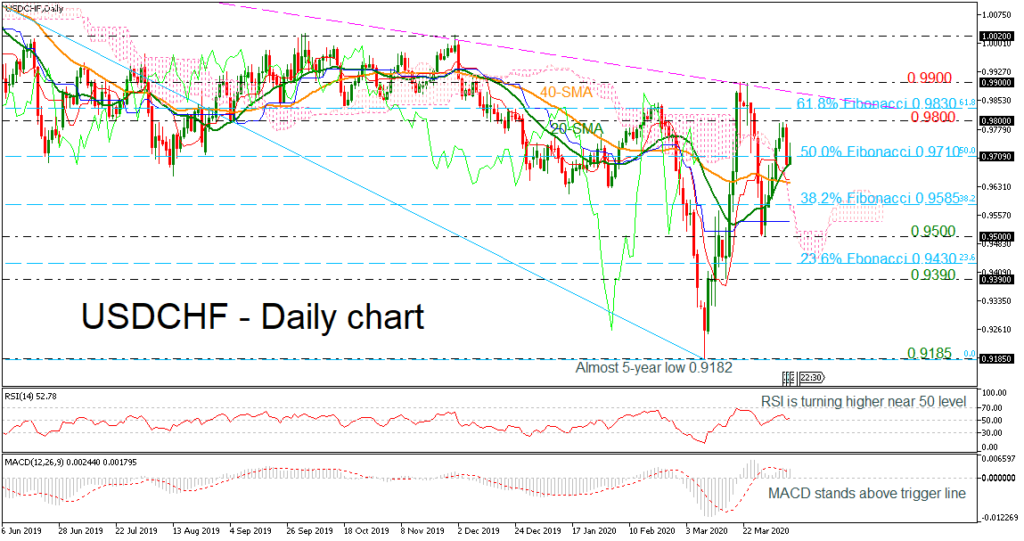 USD/CHF may find some footing at 2-year lows 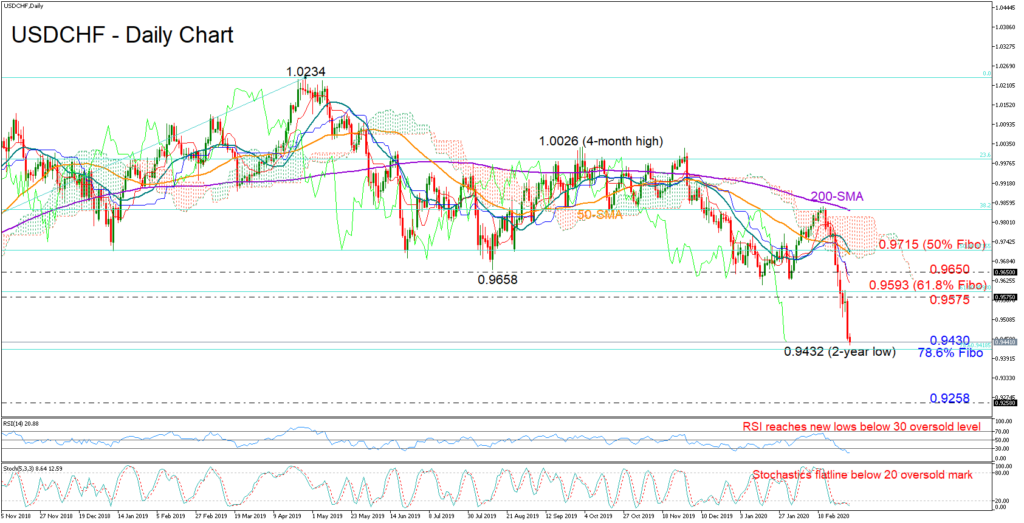 USD/CHF fell aggressively on Thursday to two-year lows and near the 0.9430 crucial support region taken from the 2016-2017 period. 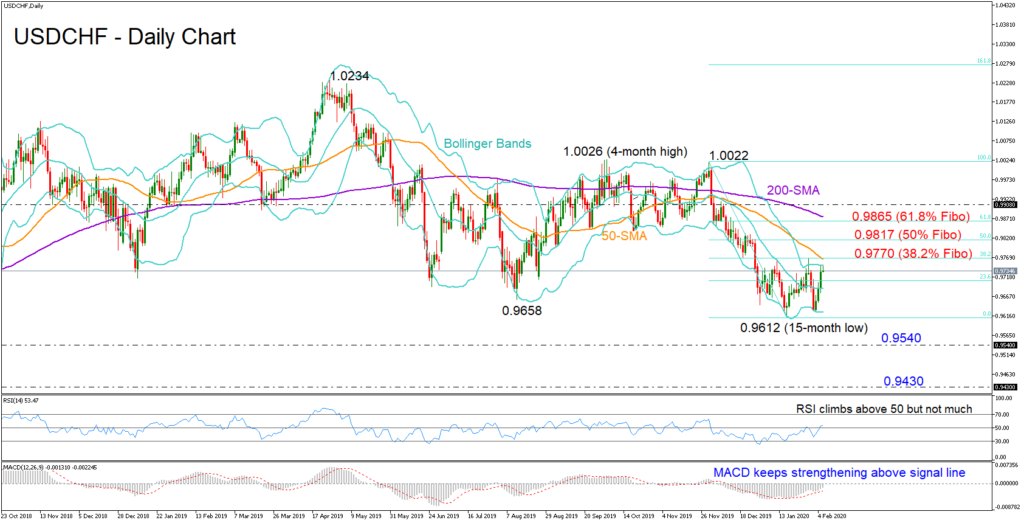 USD/CHF started the month on the right foot, with the price refusing to revisit the 15-month low of 0.9612. 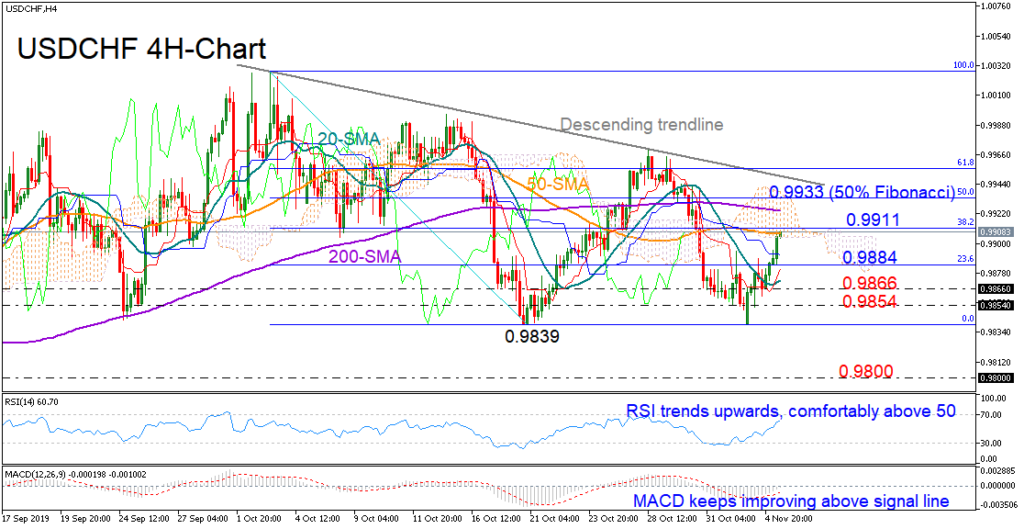 USD/CHF rebounded forcefully after failing to cross under the October trough of 0.9839. 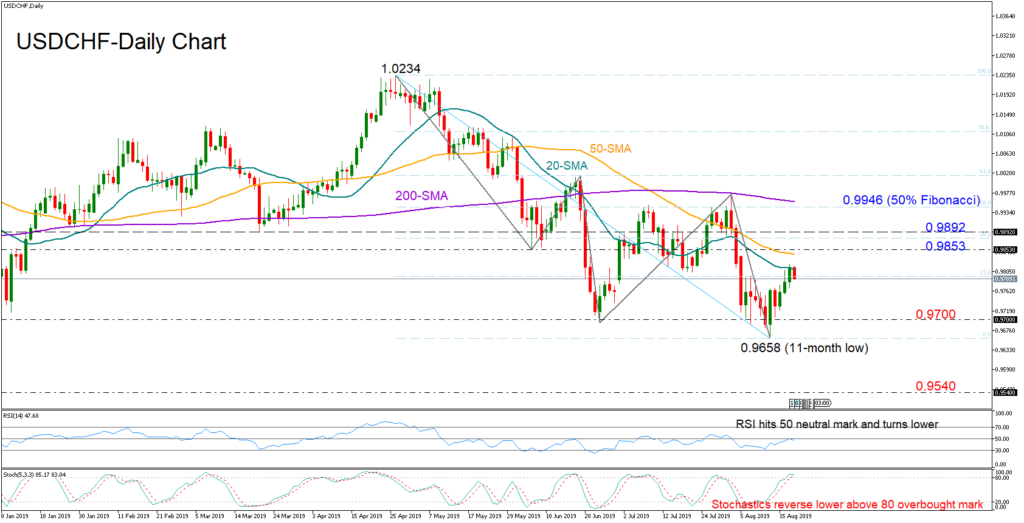 USD/CHF rebounded from an 11-month low of 0.9658 last week to pierce the 20-day simple moving average (SMA) on Monday. 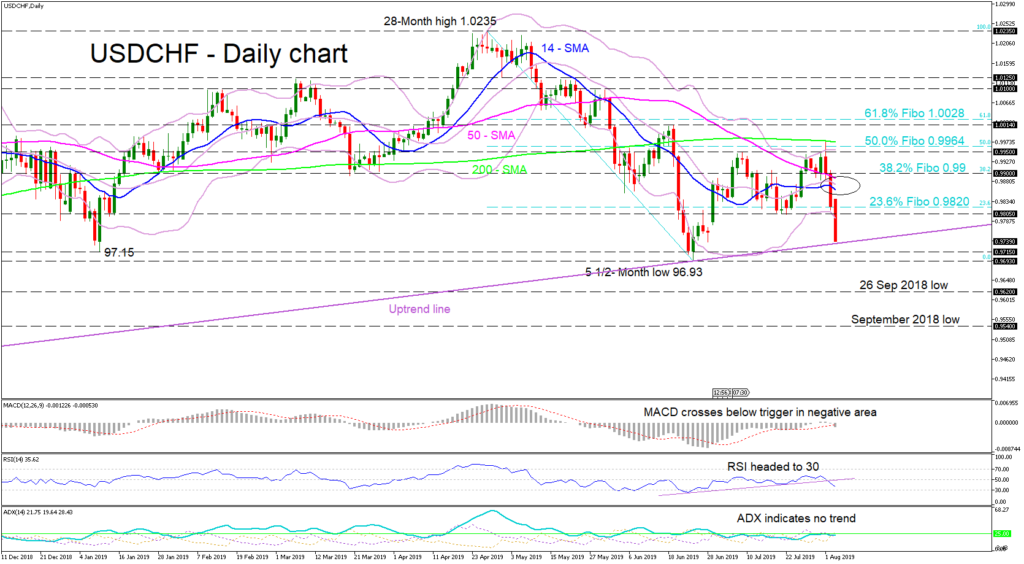 USD/CHF spiked above the twice tested resistance of 0.9950 and the upper Bollinger band last week. 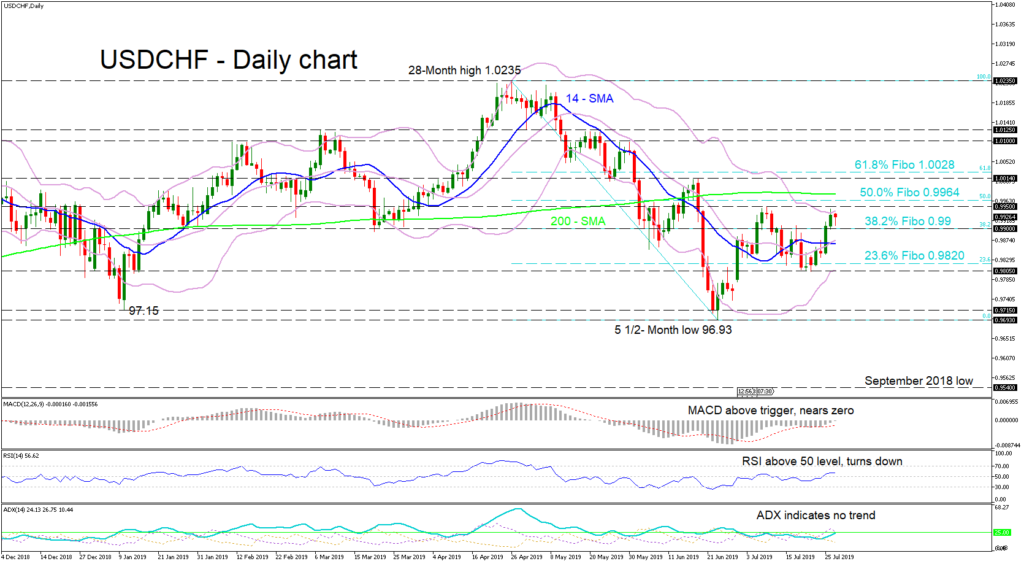 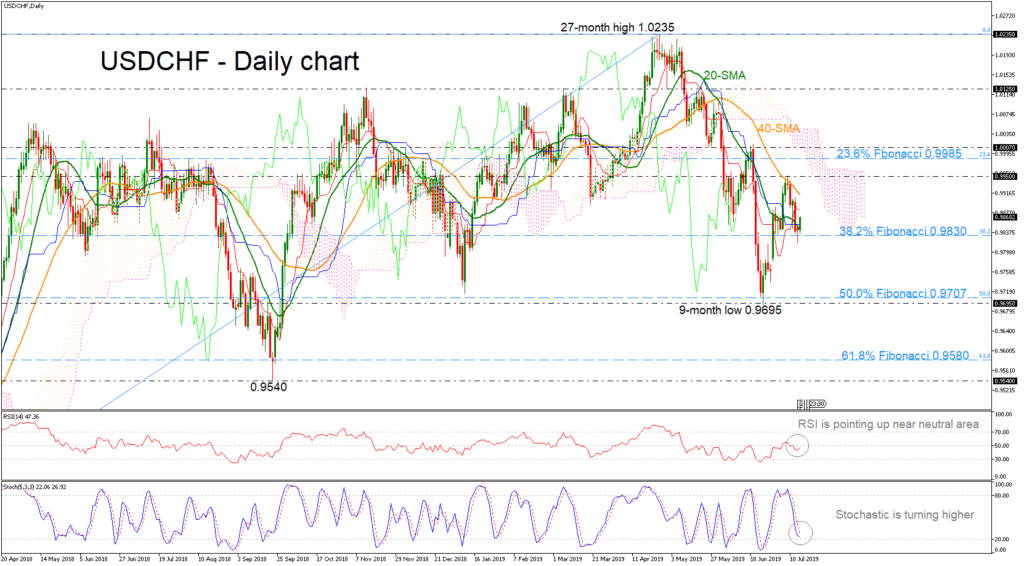 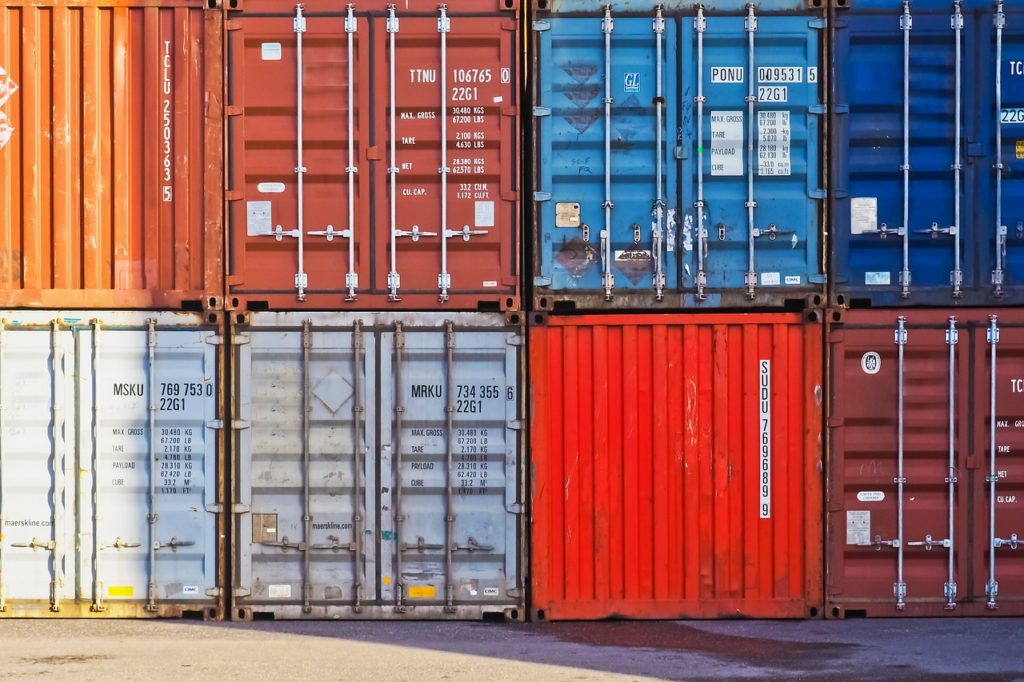 G20 summits usually pass without any market reaction, but this time will probably be different, as the American and Chinese leaders are expected to meet to discuss trade.