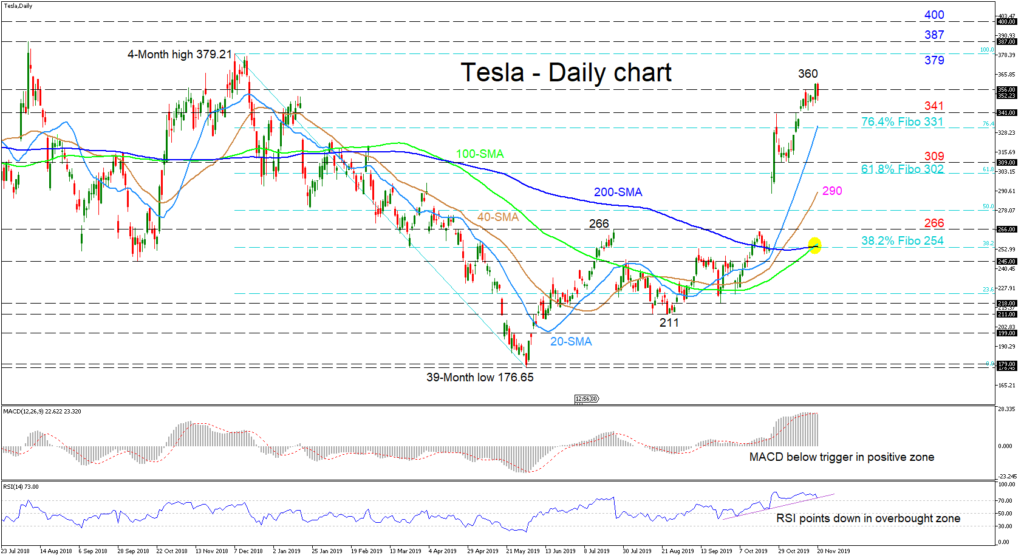 Tesla sellers are currently attempting to halt further gains past the 360 hurdle. 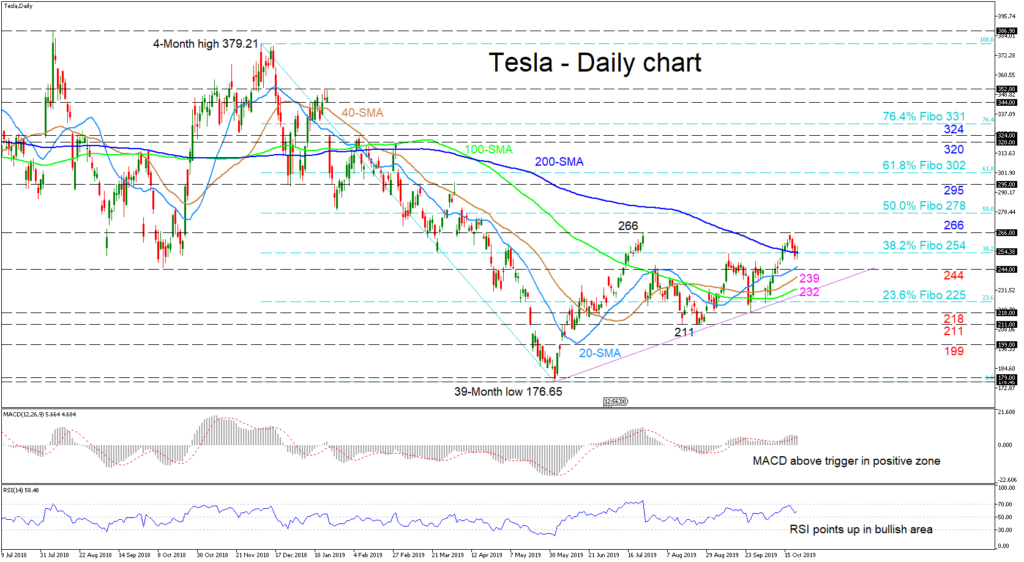 Tesla’s stock rebounded in early June after touching a 2½-year low of 175.0. 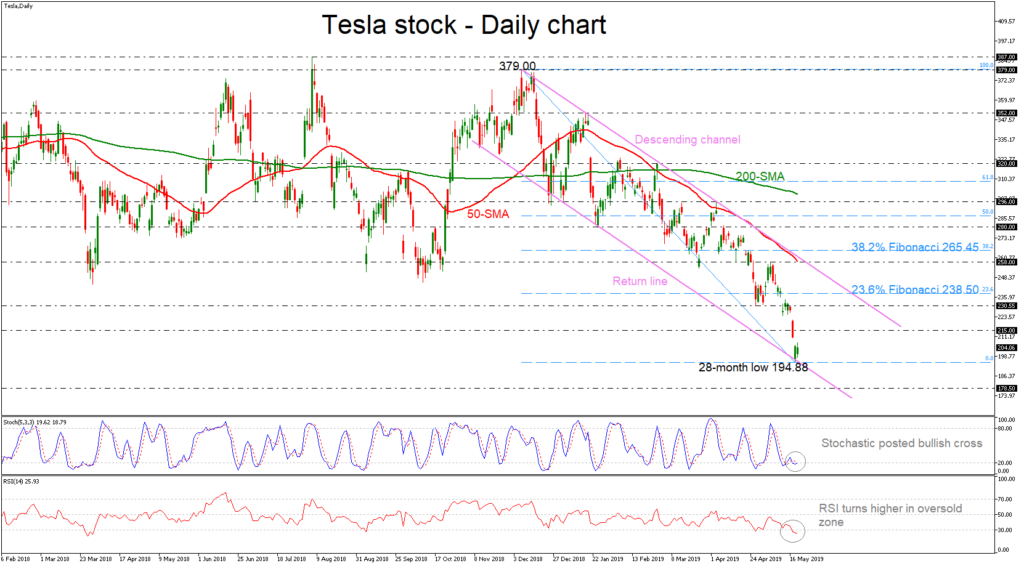 Tesla’s stock price has been developing within a descending channel over the last five months and during the previous period. 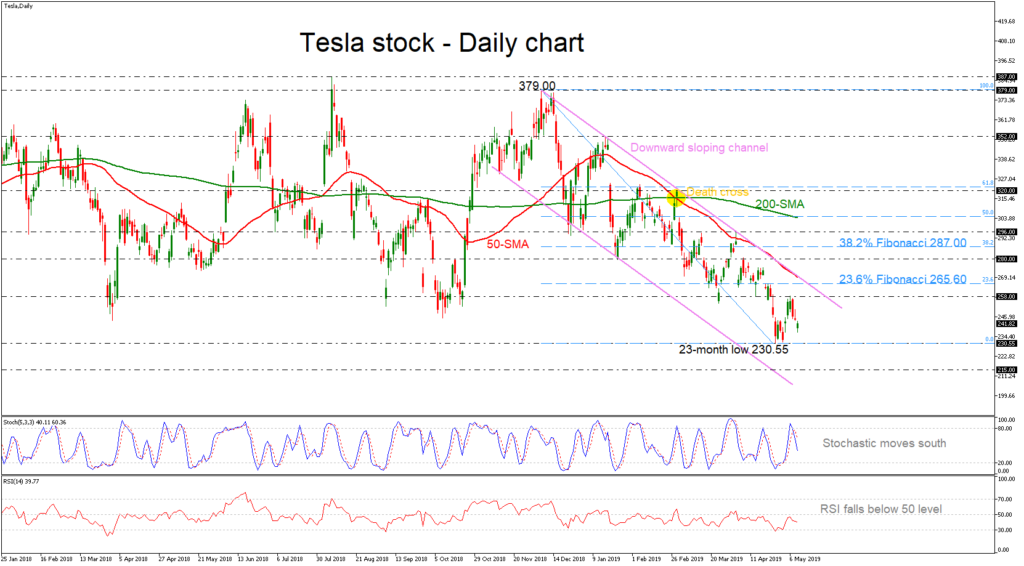 Tesla’s stock price has been trading within a downward sloping channel over the last five months. 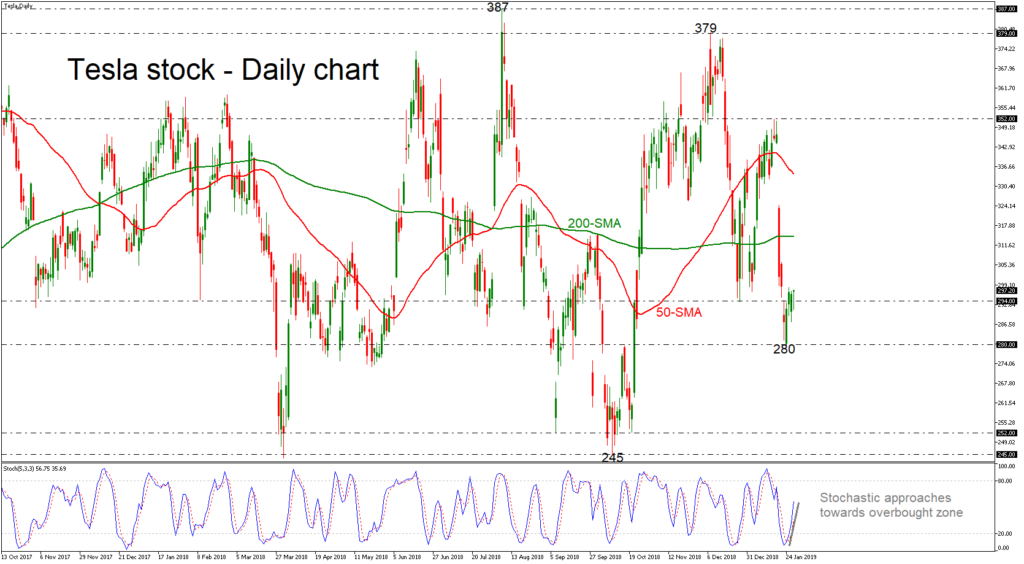 Tesla stock price has been trading within a consolidation zone over the last 18 months.

Tesla’s stock crossed back above both it’s 50- and 200-day simple moving averages (SMA).

Tesla stock posts “golden cross”, but still neutral in the medium-term. Tesla’s stock moved higher in recent sessions to touch a four-month high of 368.50. Meanwhile, the 50-day SMA crossed above the 200-day one marking a so-called “golden cross”, which is a bullish signal. That being said, the broader picture still appears to be sideways; […]

Tesla’s stock neutral in the medium-term, but at risk of a correction in the short-term. Tesla’s stock continues to trade in a relatively sideways manner, showing no clear trending structure on the daily chart. Enhancing this neutral view, the 200-day simple moving average (SMA) has flatlined, indicating the absence of a strong directional bias. Short-term […]