Technical Analysis – Is the S&P 500 forming a double top pattern? 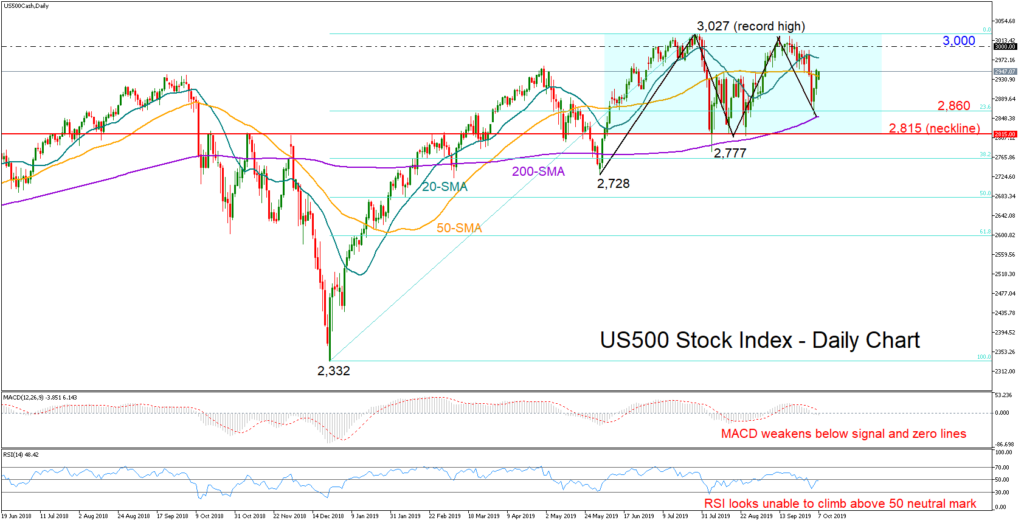 The S&P 500 stock index registered three negative weeks in a row and the short-term trading may not get any better yet. 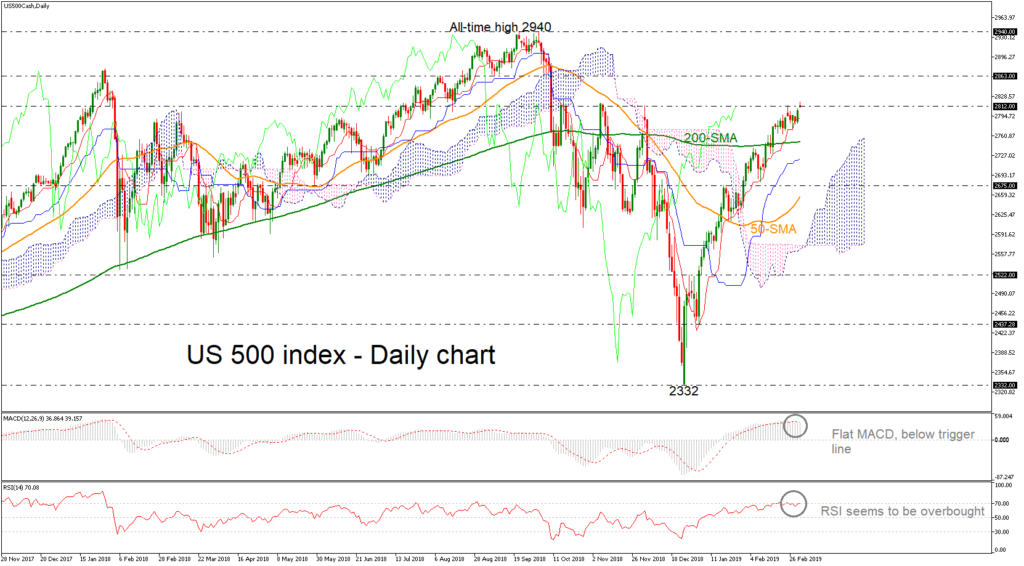 S&P 500 stock index jumped above the 2812 strong barrier, which had been holding since December 3. 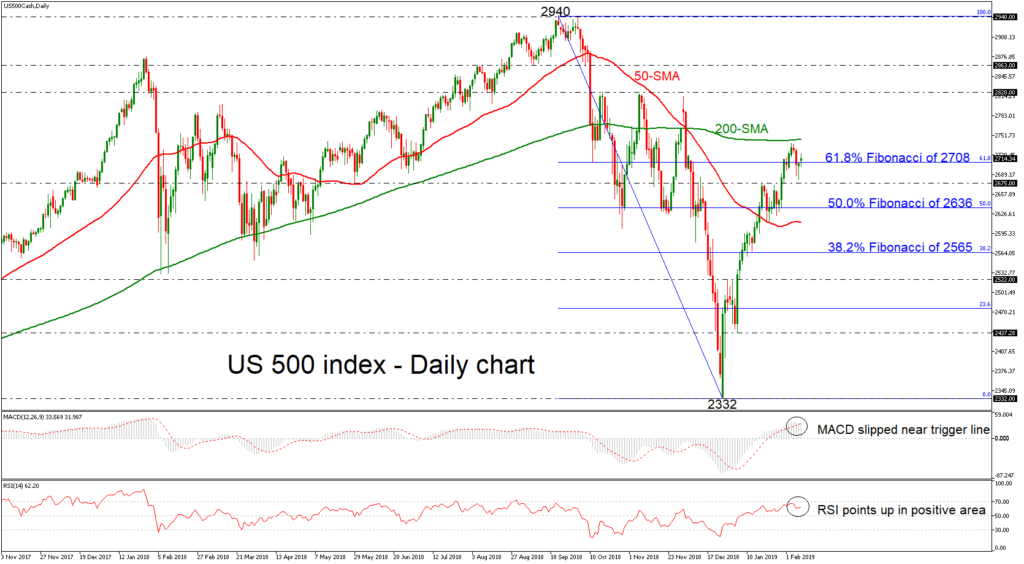 Equities year ahead 2019: Grim outlook weighs on earnings but is the gloom justified? 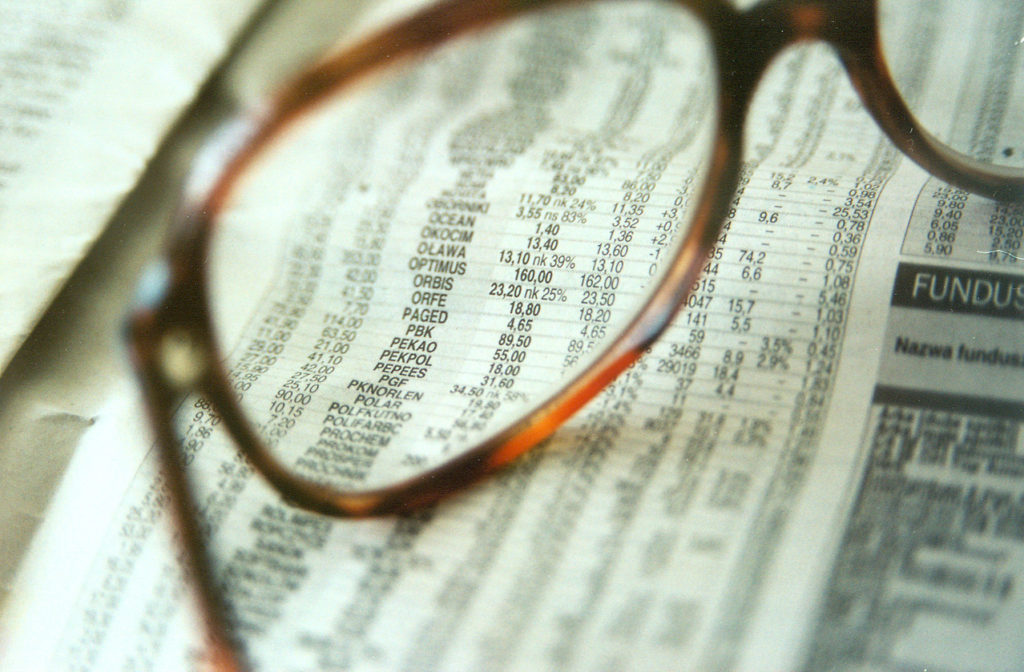 After a year that saw the S&P 500’s bull run become the longest in history and then abruptly end. 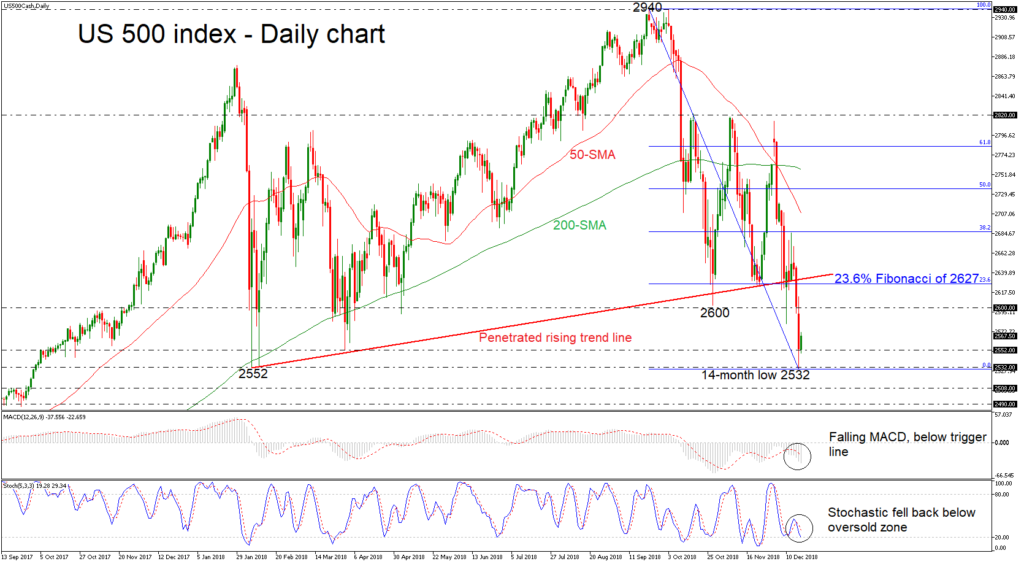 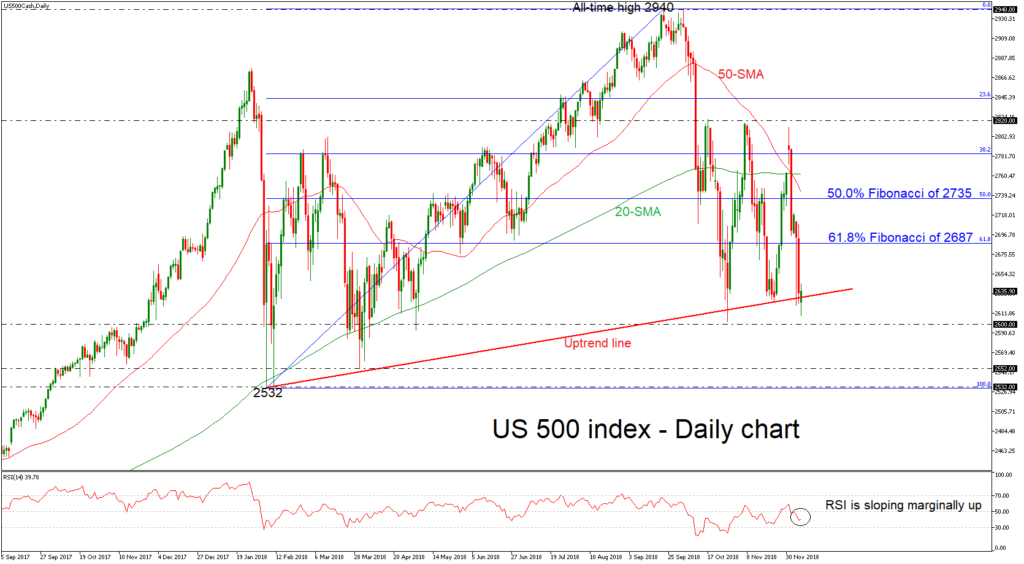 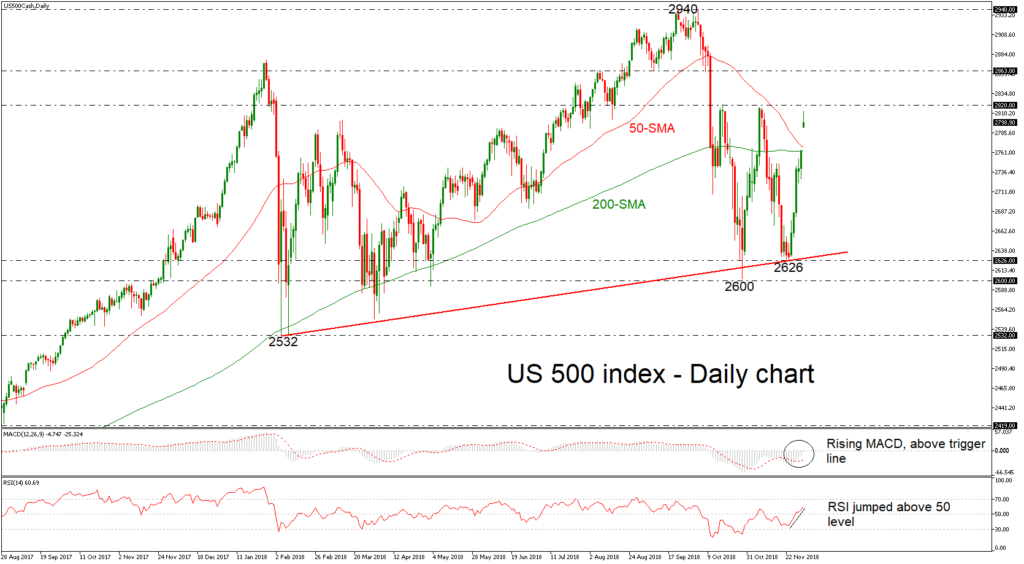 S&P 500 index (US 500) rises above SMAs after gap up. The S&P 500 index opened higher today as it posted a positive gap, surpassing the 50- and 200-simple moving averages in the daily chart. The index is set to complete the sixth green day in a row after the rebound on the long-term ascending trend […]

S&P 500 index (US 500) drifts lower, crosses back below 200-day SMA. The S&P 500 index fell sharply in recent sessions, crossing decisively back below its 200-day simple moving average (SMA) on November 12, which has turned the near-term bias to negative. Short-term oscillators support the notion. The RSI is below 50 and pointing lower, […] 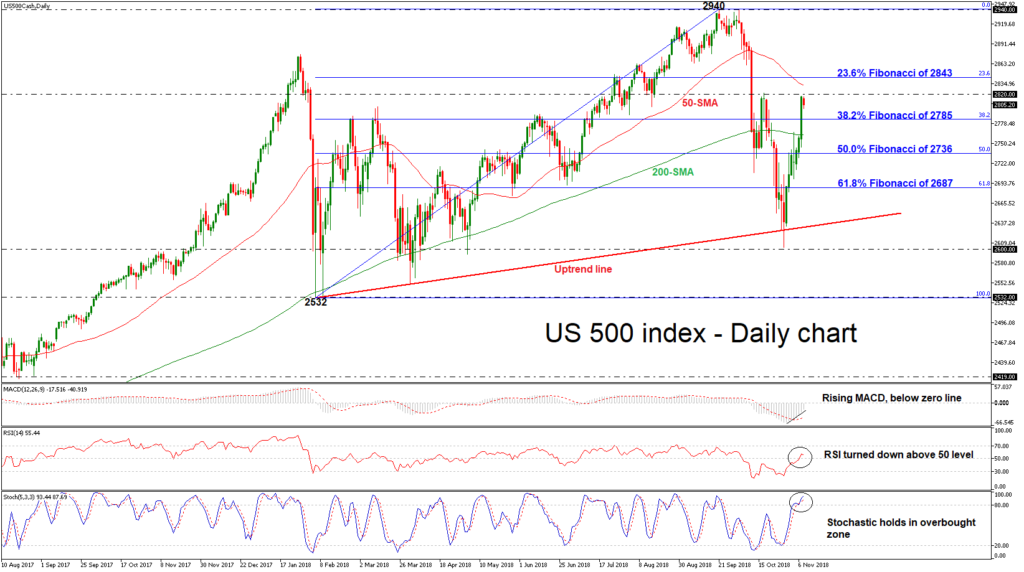 S&P 500 (US 500) index eases slightly after sharp flying mode. The S&P 500 index recorded considerable gains at the end of October and early in November, following the rebound on the 2600 support. The index has now crossed back above its 200-day simple moving average (SMA), which keeps the broader outlook cautiously positive. Looking at short-term […] 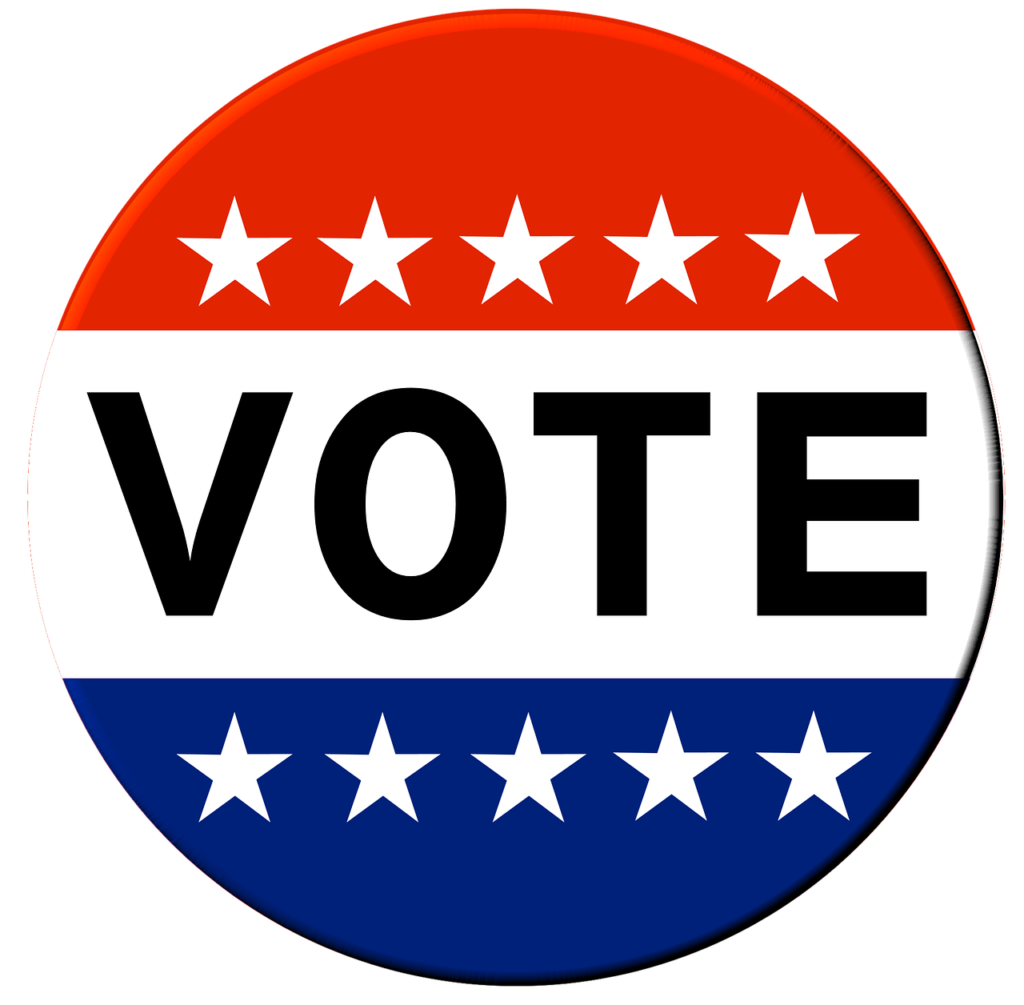 The US midterm elections next week are widely expected to produce a split Congress. Investors appear somewhat complacent on the outcome, which allows room for notable market reactions in case of a surprise, like one of the parties taking control of both chambers. Below follows an analysis of the possible outcomes, the likelihood attached to […]