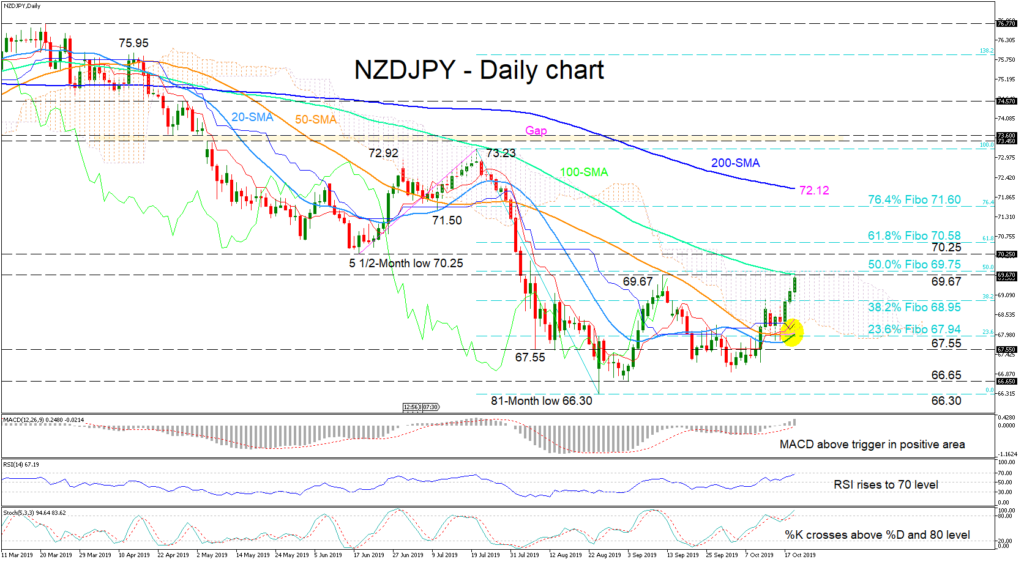 NZD/JPY is attempting to climb above a key resistance area. The area consists of the 100-day simple moving average (SMA). 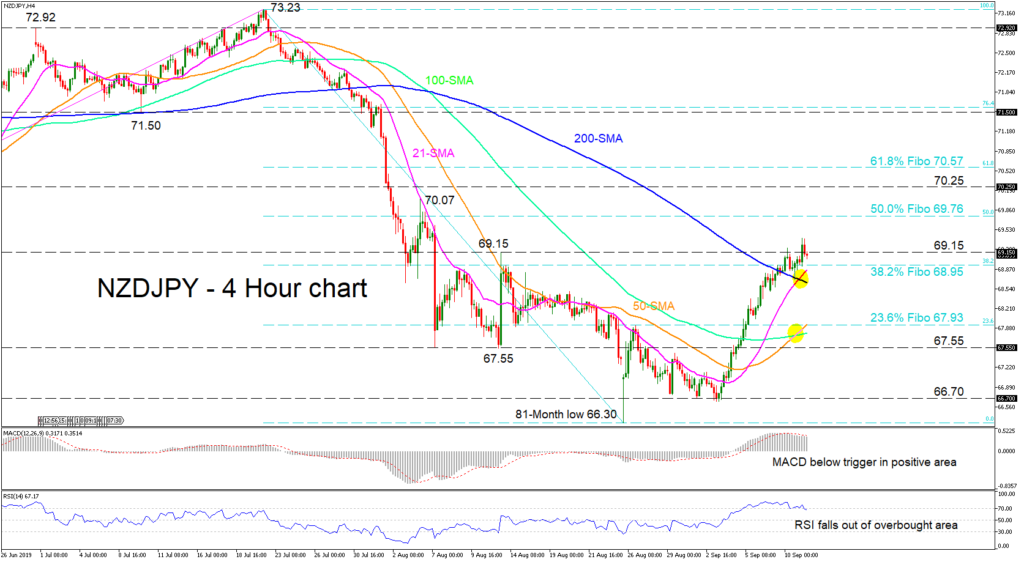 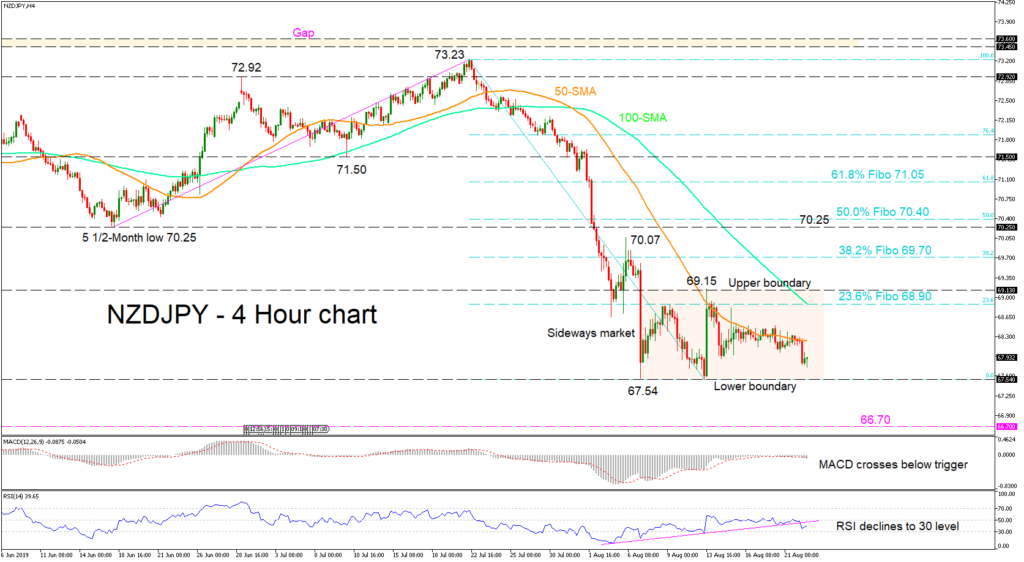 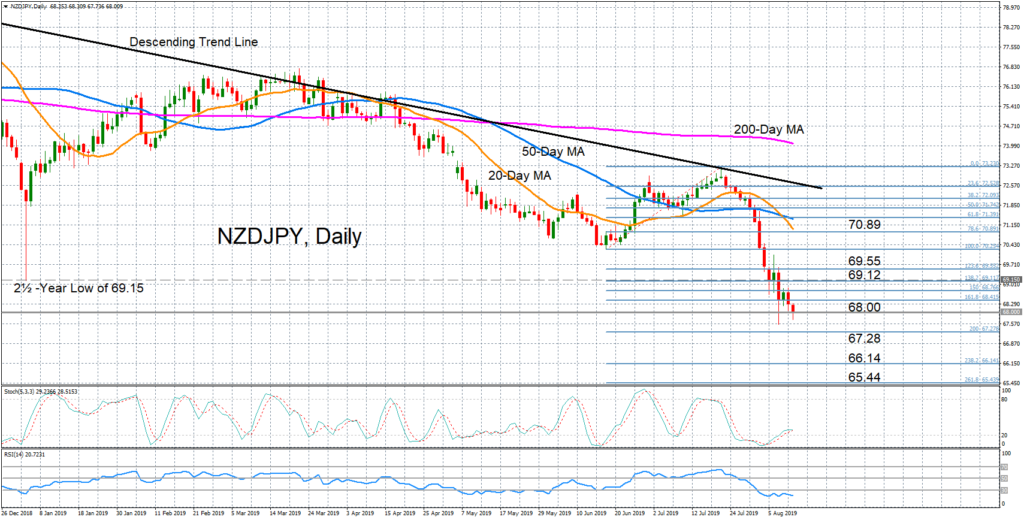 NZD/JPY is struggling to recover from its recent plunge to a 6½-year low of 67.56 as the pair once again finds itself testing the psychological 68 level. 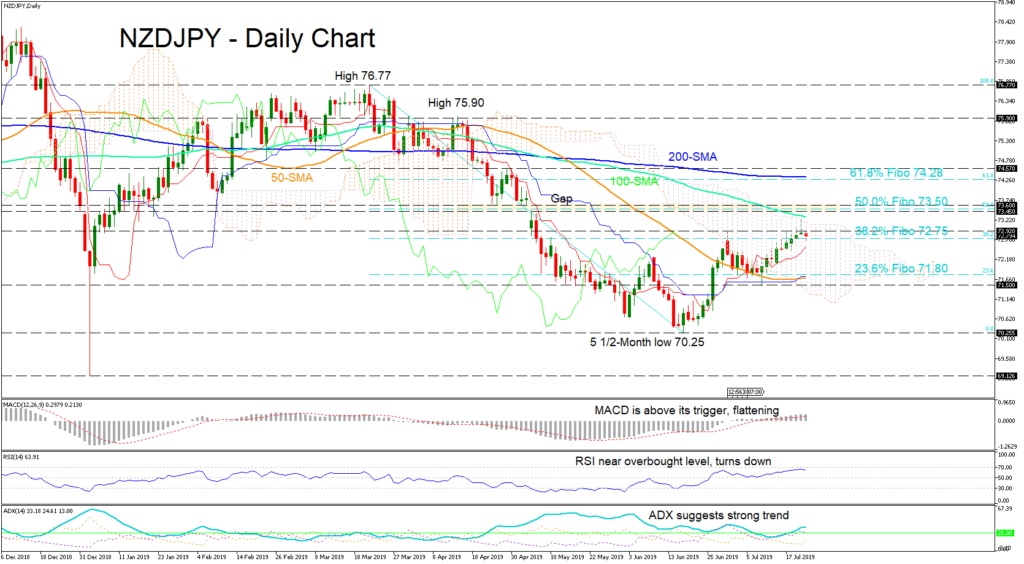 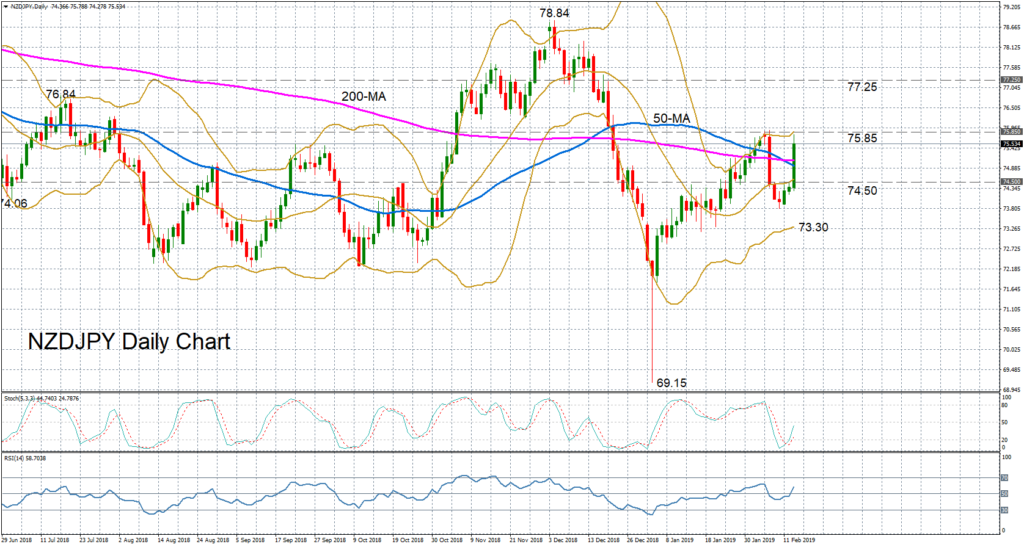 NZD/JPY is looking strongly bullish in the short term after surging above its daily moving averages (MA) on Wednesday. 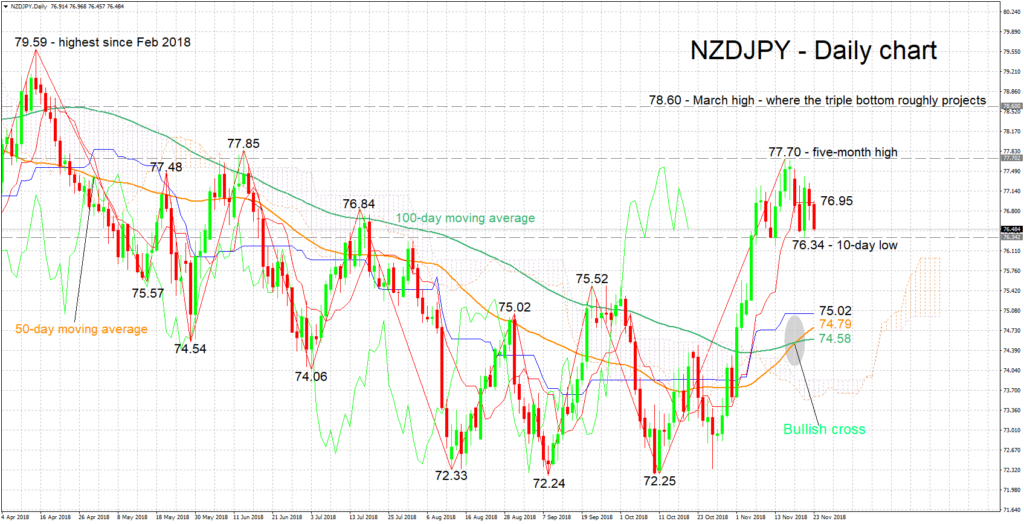 NZD/JPY positive bias eases; still looks bullish in the medium-term. NZD/JPY retreated after touching a five-month high of 77.70 last week. Still, the pair’s remarkable recovery after coming close to more than two-year lows in early October remains largely intact. The Tenkan- and Kijun-sen lines are positively aligned in support of a bullish bias in the […] 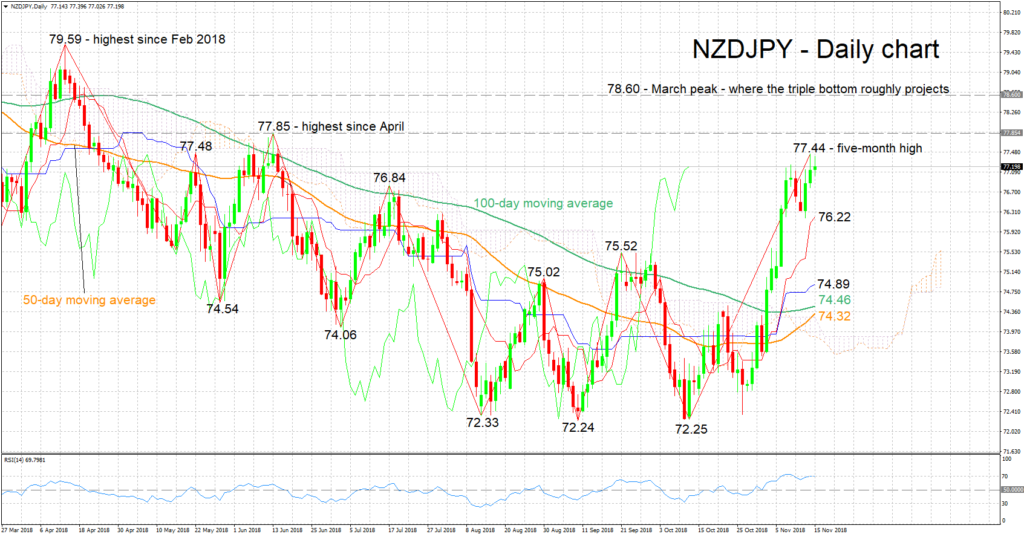 NZD/JPY around 5-month high; the rally could be overstretched. NZD/JPY is trading not far below Wednesday’s five-month high of 77.44. The pair has staged a remarkable recovery from early October’s low of 72.25, this being only marginally above September’s more than two-year nadir of 72.24. The Tenkan- and Kijun-sen lines are positively aligned, attesting to the […]

NZD/JPY challenges 3-month highs, the short-term outlook still neutral. NZD/JPY soared in recent sessions before it met resistance near the crossroads of the 75.60 zone and its 200-day exponential moving average (EMA), and subsequently pulled back somewhat. The inability of the bulls to break above this crossroads suggests that the short-term outlook is still neutral, […] 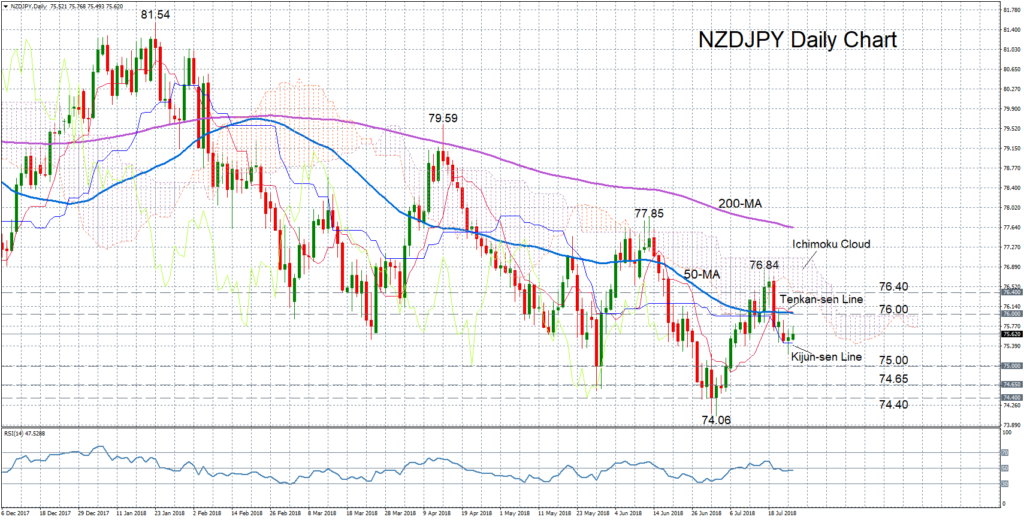 NZD/JPY drops back below cloud; remains bearish in the longer-term. NZD/JPY has retreated from the one-month top of 76.84 it touched last week, falling back below the Ichimoku cloud and the 50-day moving average. However, the negative momentum has eased in the past few days and the near-term bias is now looking more neutral as […]