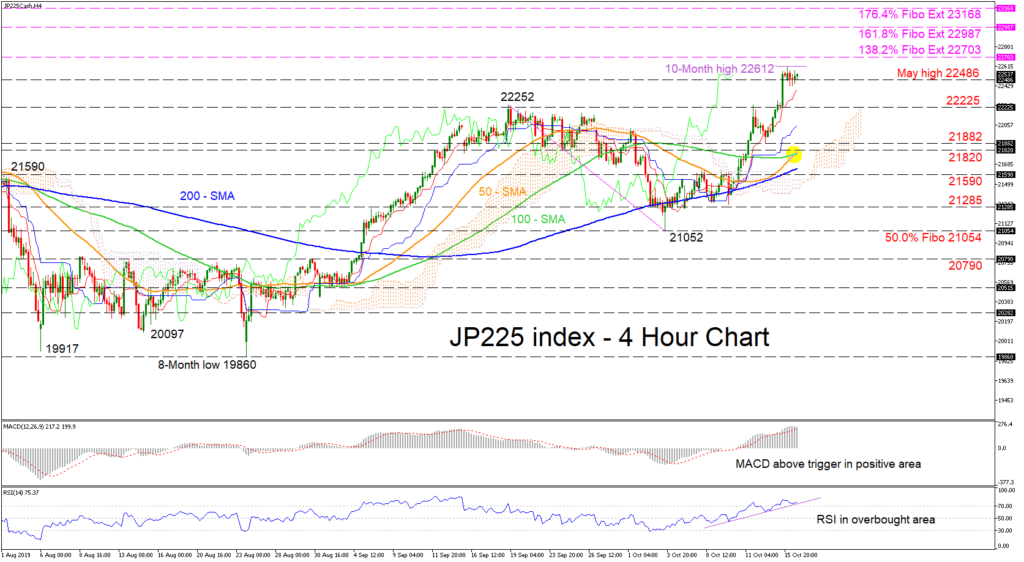 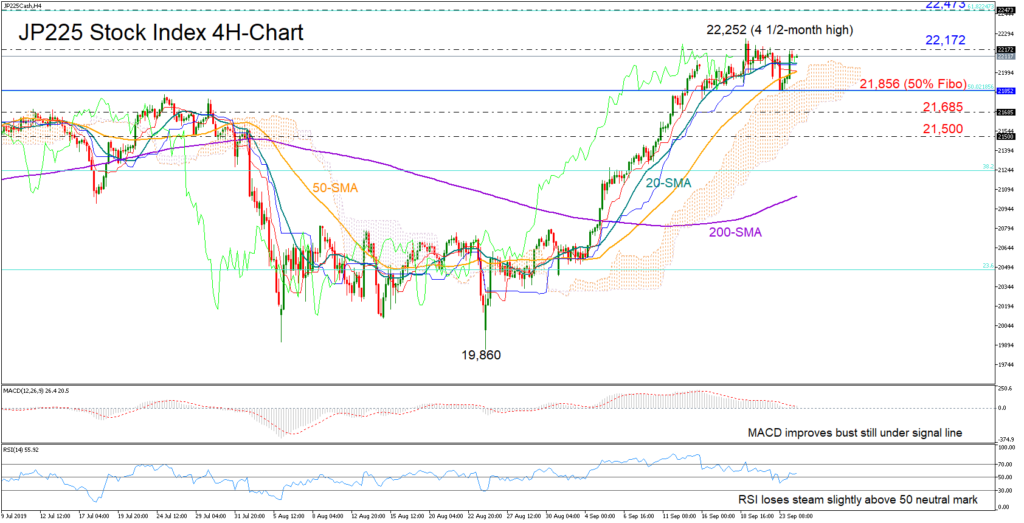 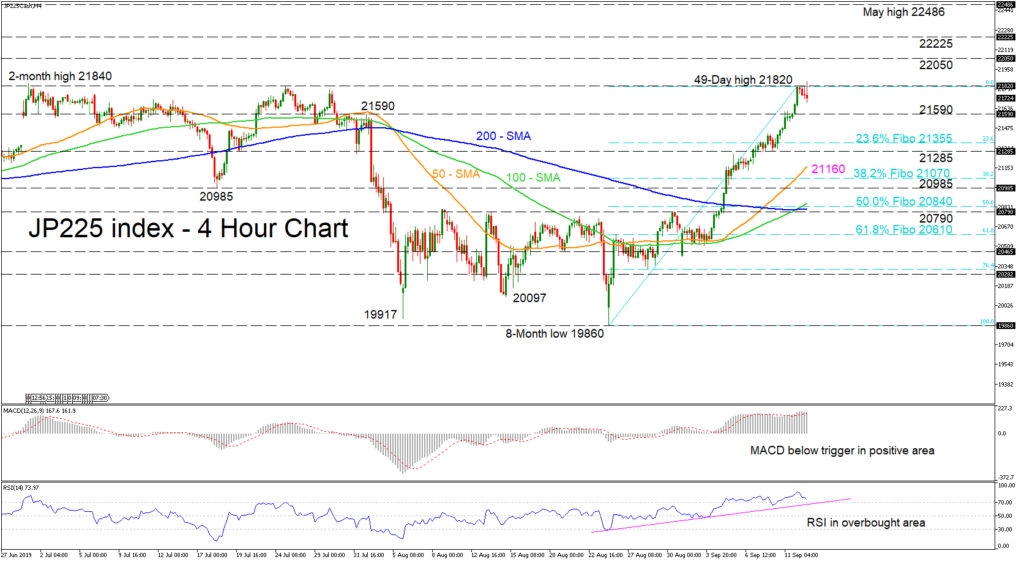 Japans’ 225 stock index returned to the levels where losses began one-and-a-half-months ago. 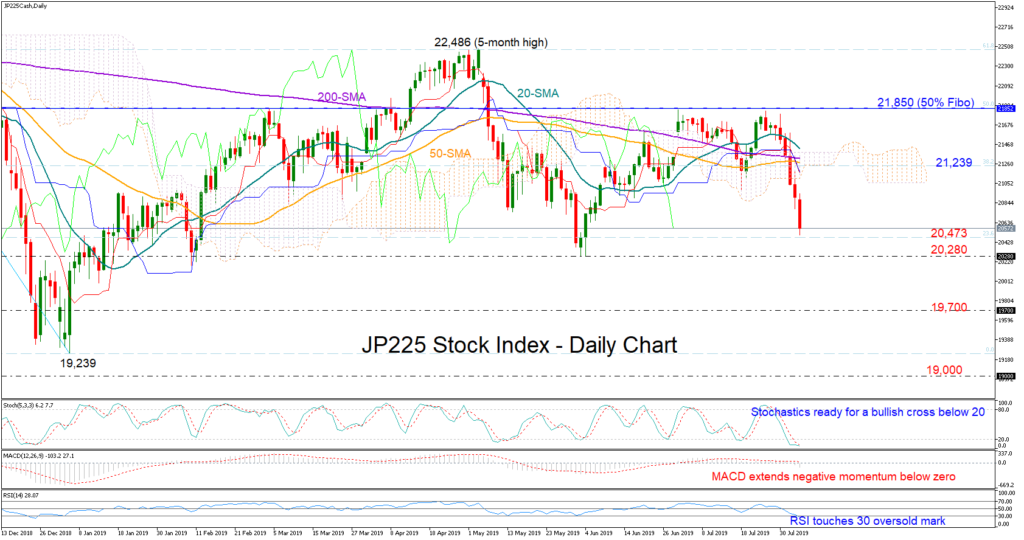 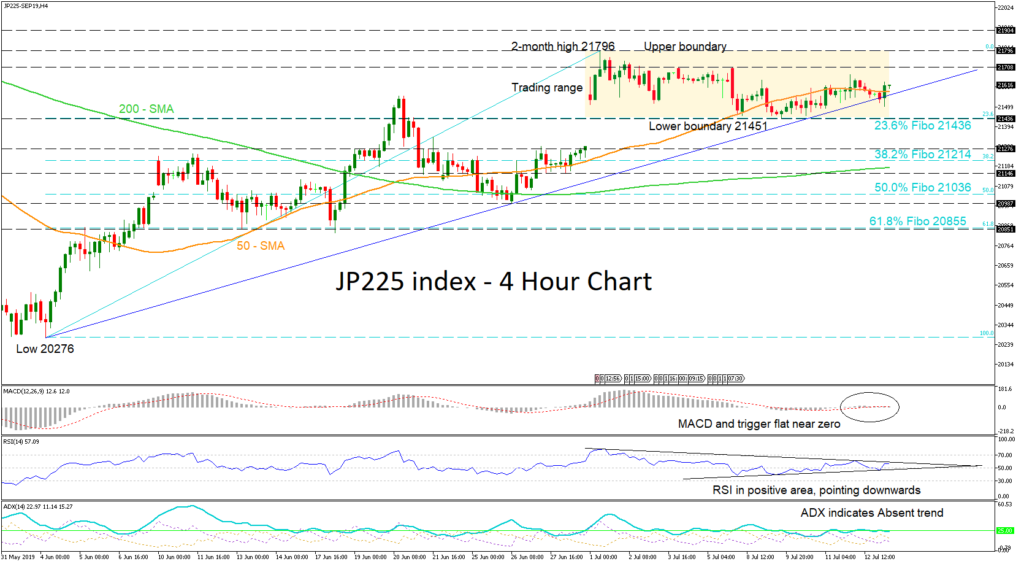 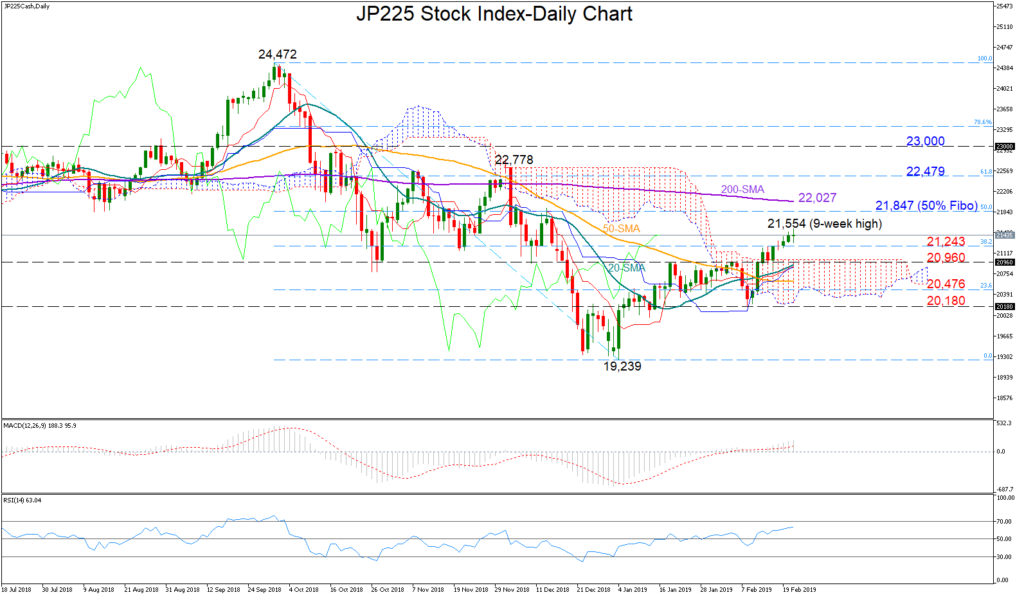 Nikkei 225 stock index has staged a 5% rise over the past two weeks to jump above the Ichimoku cloud. 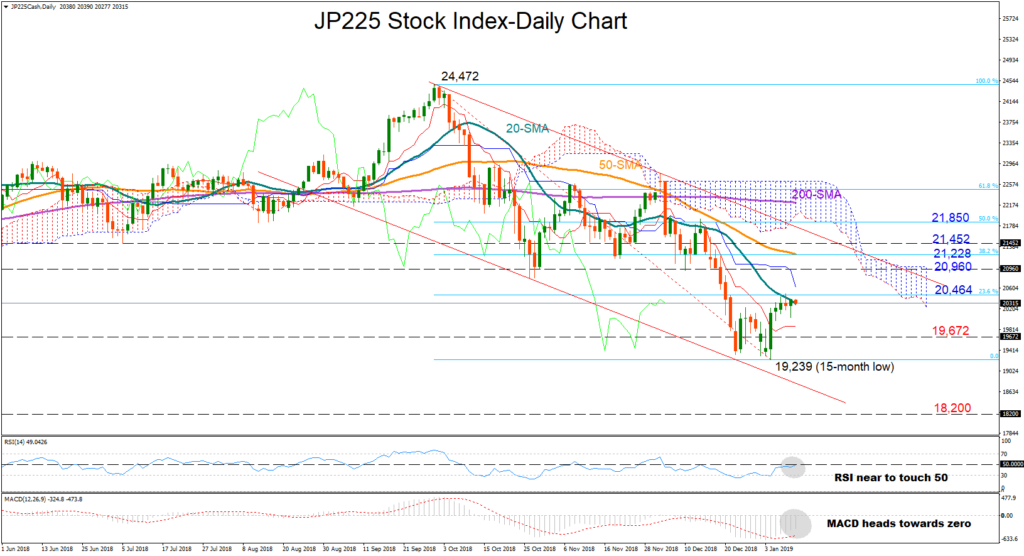 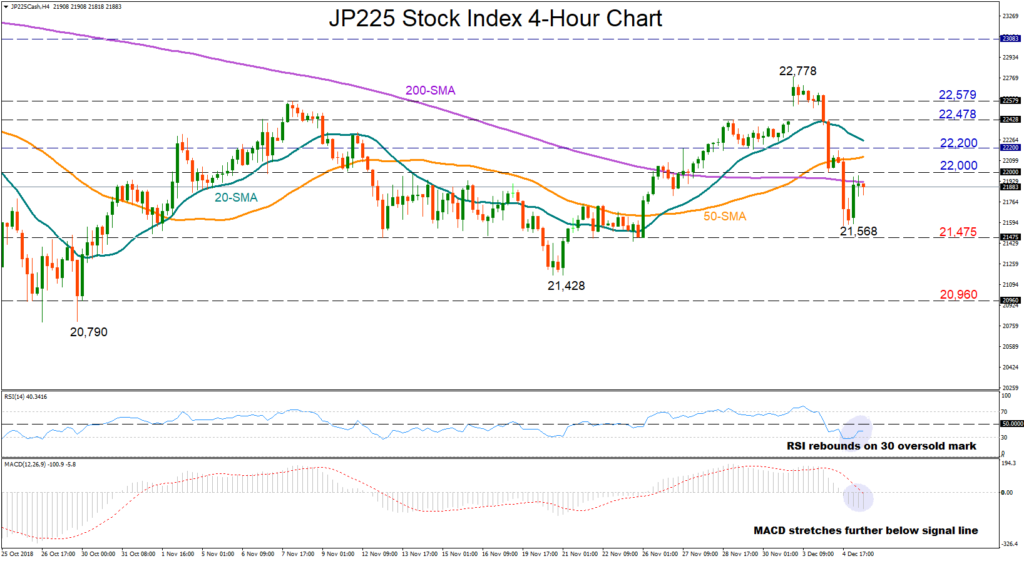 Nikkei 225 (Japan 225) stock index slumps to 2-week lows; bias still negative. Nikkei 225 stock index peaked at 22,778 on Monday, the highest since mid-October but on Tuesday the market faced severe pressure, dropping straight down to an almost two-week low of 21,568 and back below the 200-period simple moving average (SMA) on the four-hour […] 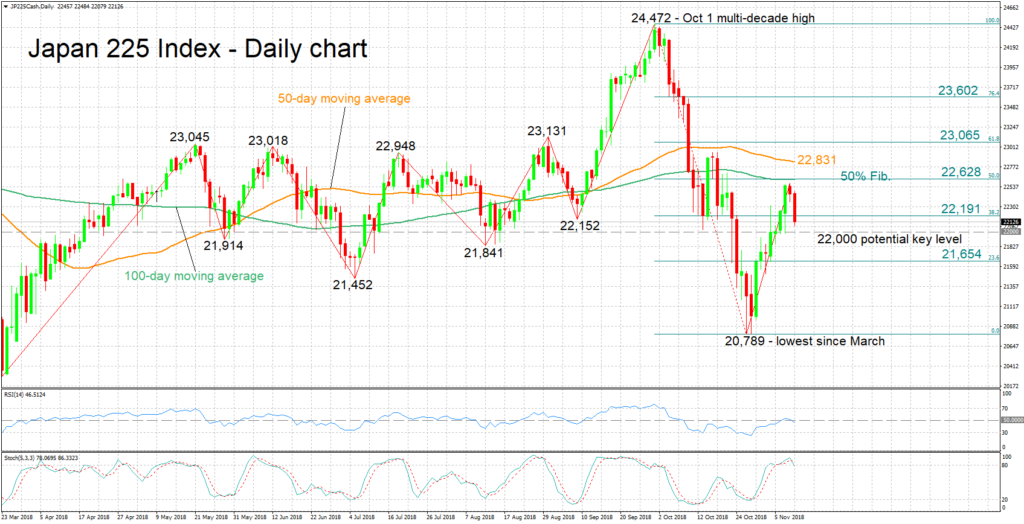 The Nikkei 225 (Japan 225) index retreats from 2½-week high; bearish signal by stochastics in very the short-term. The Nikkei 225 index shifted gears, losing around 450 points relative to Thursday’s two-and-a-half-week high of 22,579. The RSI halted its previous advance and reversed lower into bearish territory below 50. This suggests a tilt in short-term […] 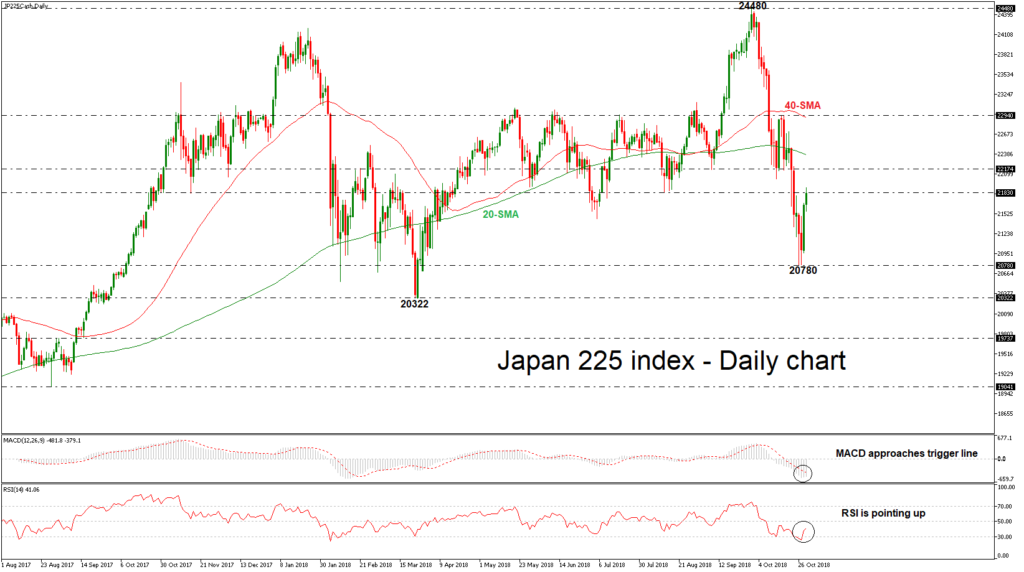 Nikkei 225 (Japan 225) index regains some ground after rebound on 20780. The Japan 225 index has been outperforming since yesterday following the bounce off the 20780 support level. The aggressive bullish scenario is confirmed by the technical indicators; the RSI jumped higher from the oversold zone, sloping upwards, while the MACD is moving slightly higher, approaching […]