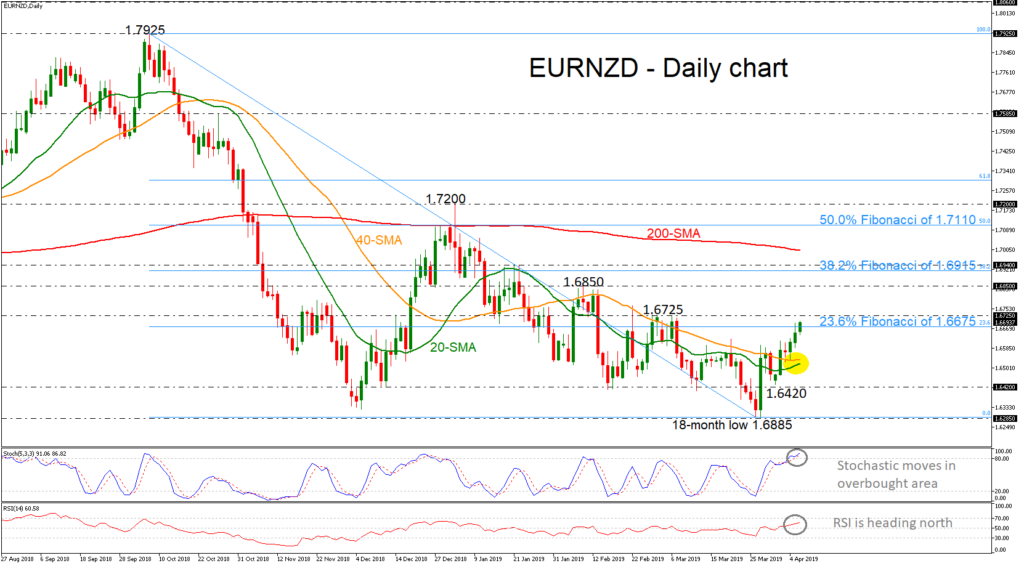 EUR/NZD reached overbought levels according to the stochastic oscillator as the price hovers above the 23.6% Fibonacci retracement level. 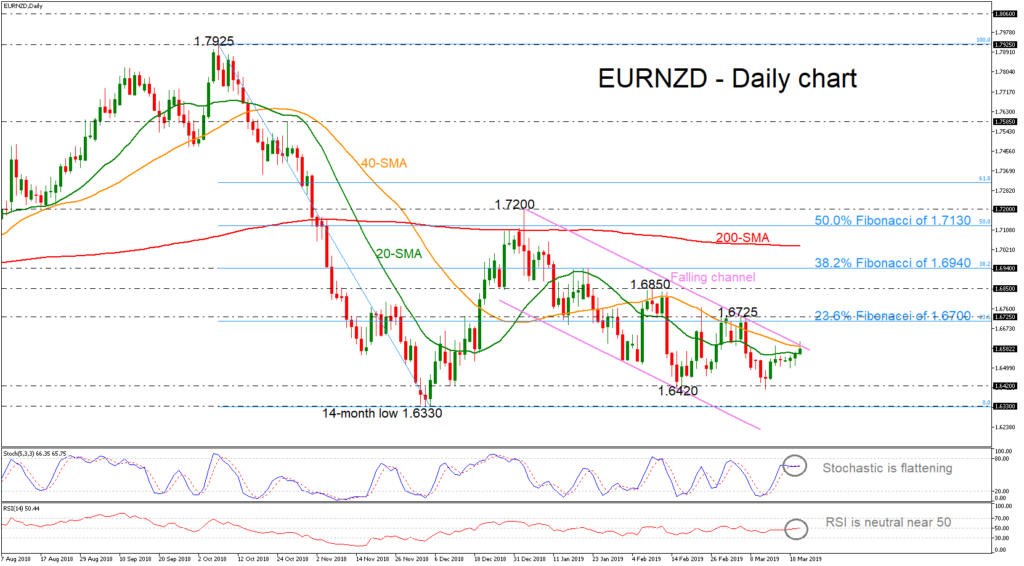 EUR/NZD has been hovering within a downward channel after the pullback on the 1.7200 psychological level on January 3. 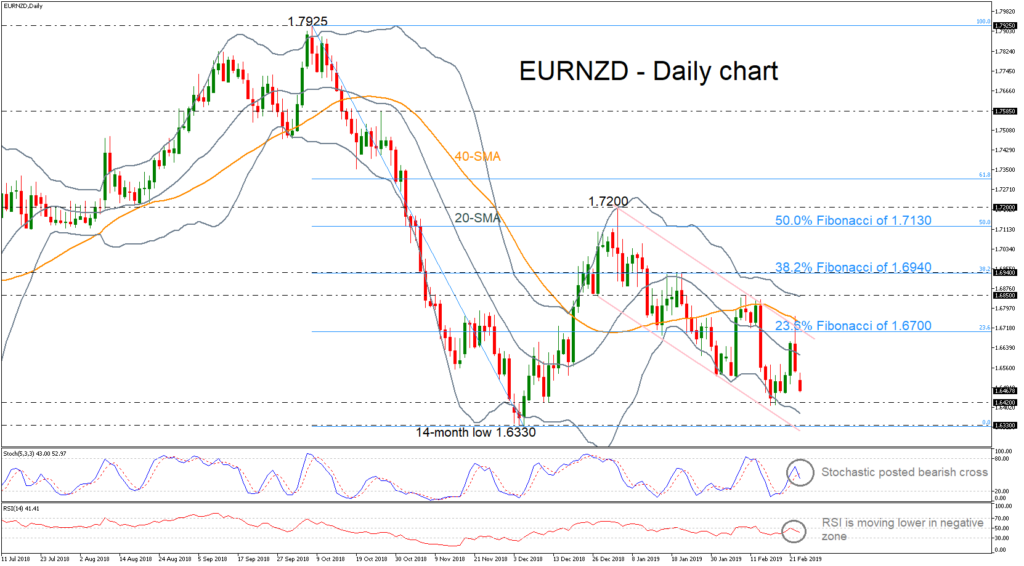 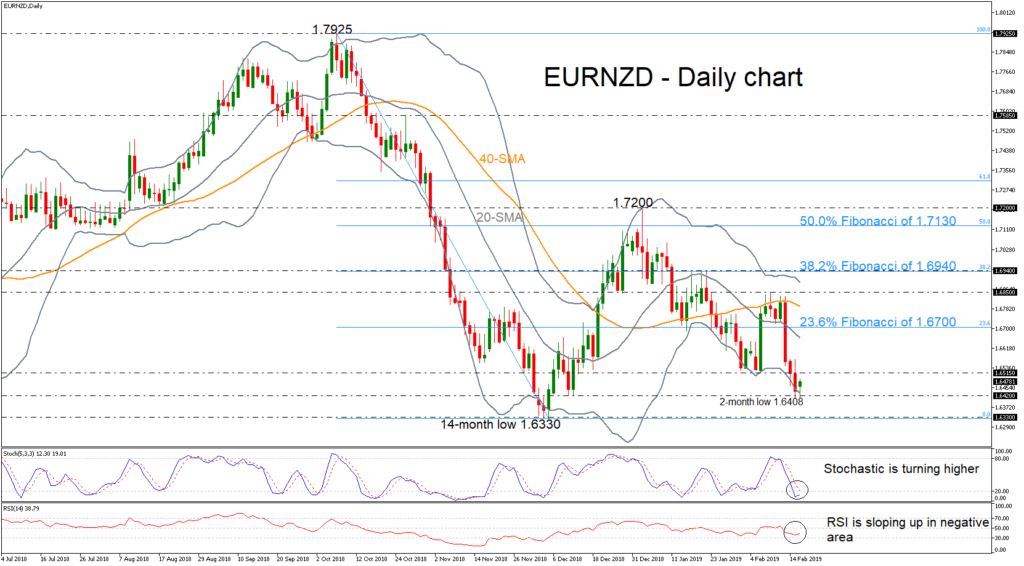 EUR/NZD has declined considerably over the previous three days, recording a new two-month low around 1.6408. 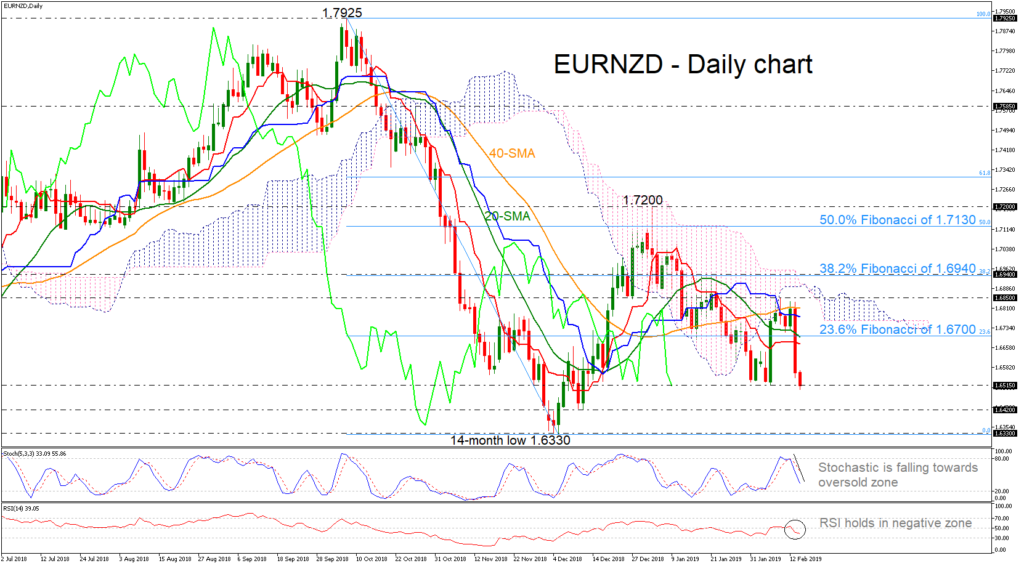 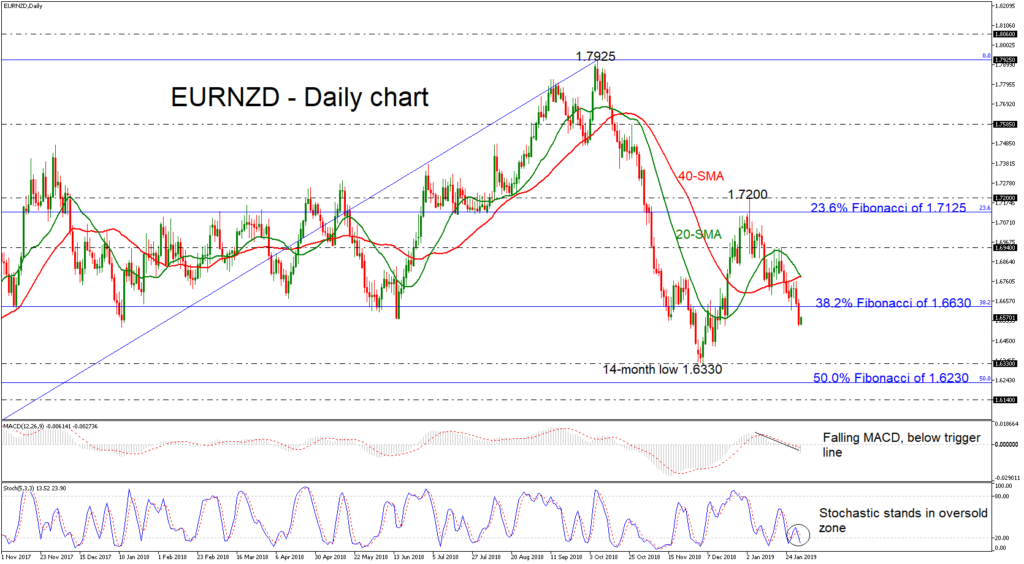 EUR/NZD has declined considerably over the last couple of days, posting a new seven-week low of 1.6526 on Thursday. 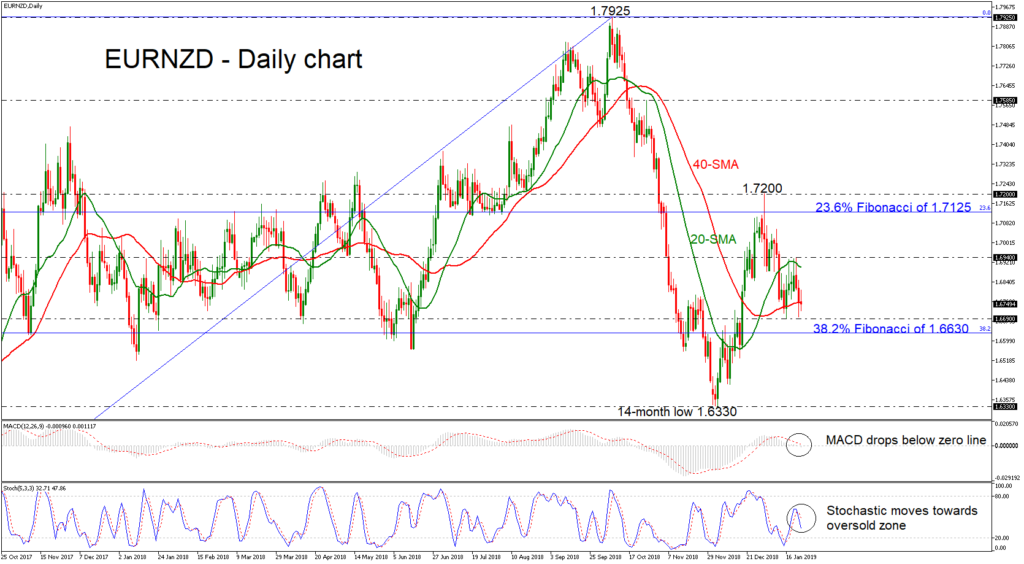 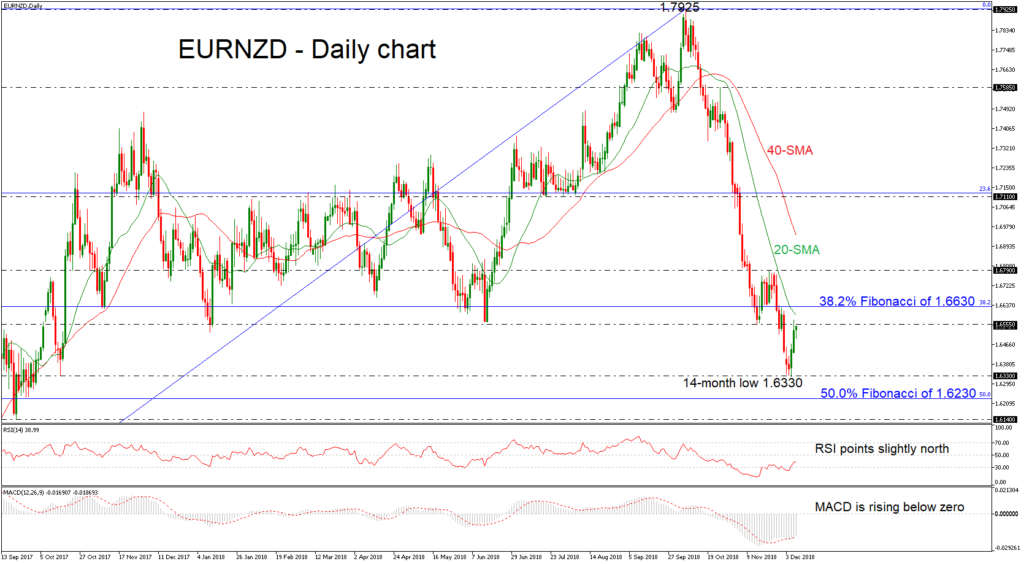 EUR/NZD rebounds on a 14-month low, regaining ground. EUR/NZD created a strong negative rally over the last two months, after the pullback on the three-year high of 1.7925. Looking at the very short-term, the price has been moving higher since yesterday finding support on the 14-month low of 1.6330. However, the technical indicators are hovering in the bearish zone. The […]

EUR/NZD tests eleven-month lows, negative in the medium-term. EUR/NZD plunged after touching a three-year high of 1.7925 in early October, crossing below its 50- and 200-day simple moving averages (SMA) to briefly touch 1.6550 – a low last seen in January. A decisive move below 1.6550 would mark a lower low on the daily chart, […] 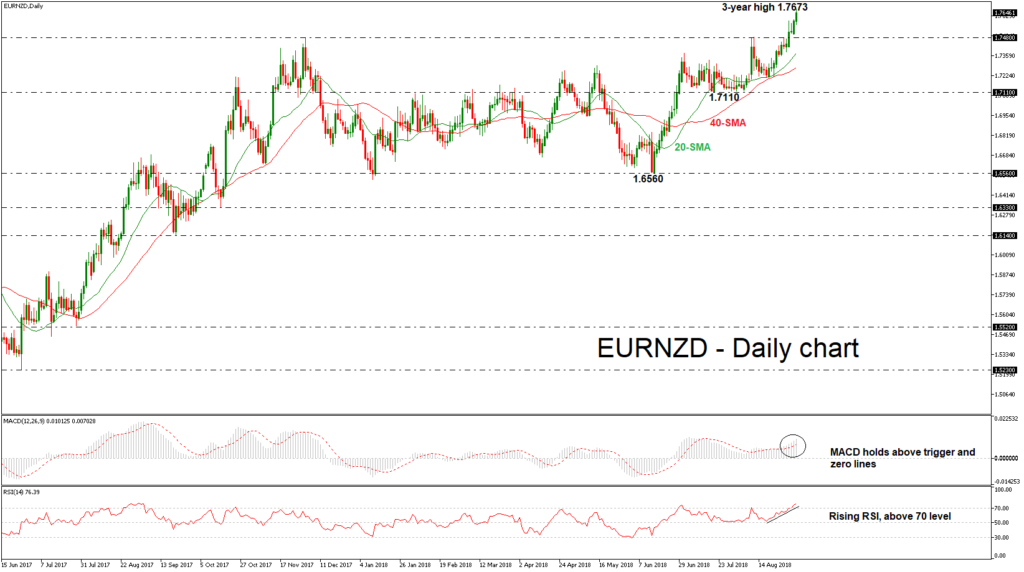 EUR/NZD challenges 3-year high; looks overbought. EUR/NZD has been outperforming over the last couple weeks, after the rebound on 20- and 40-simple moving averages (SMAs) in the daily timeframe. The price reached a fresh almost three-year high of 1.7673, during today’s trading session with strong momentum. The MACD oscillator is strengthening its positive momentum as it lies above […]