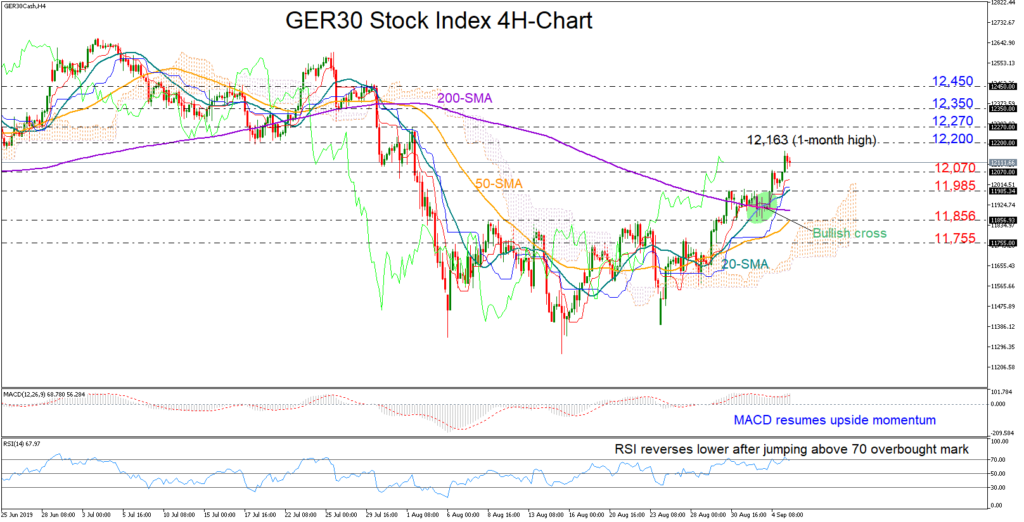 The DAX 30 index stepped on the 200-period simple moving average (SMA) on Wednesday and accelerated to one-month highs. 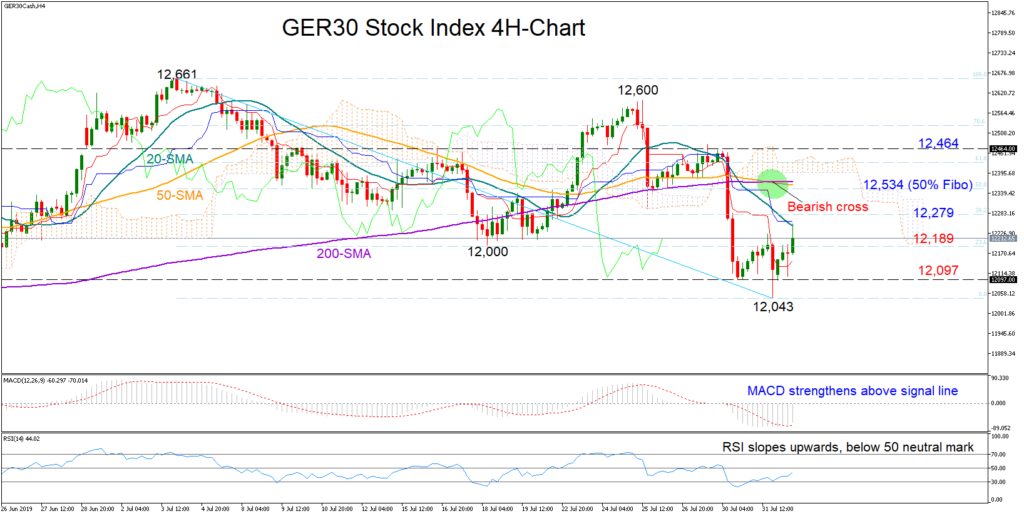 The DAX 30 index (GER 30) put breaks on Wednesday’s sell-off and geared up to move-off one-month lows. 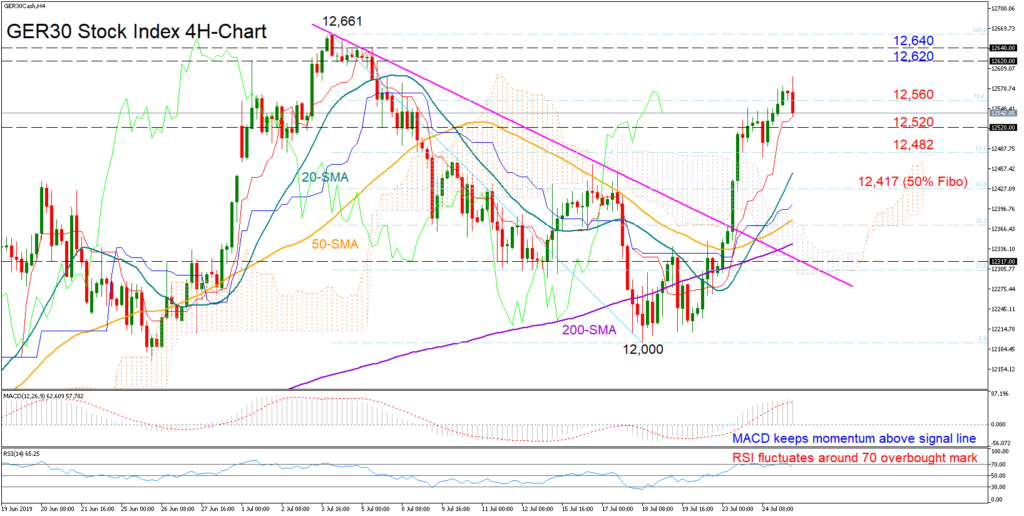 The DAX 30 index gained considerable traction this week, with the price breaching the previous downward move. 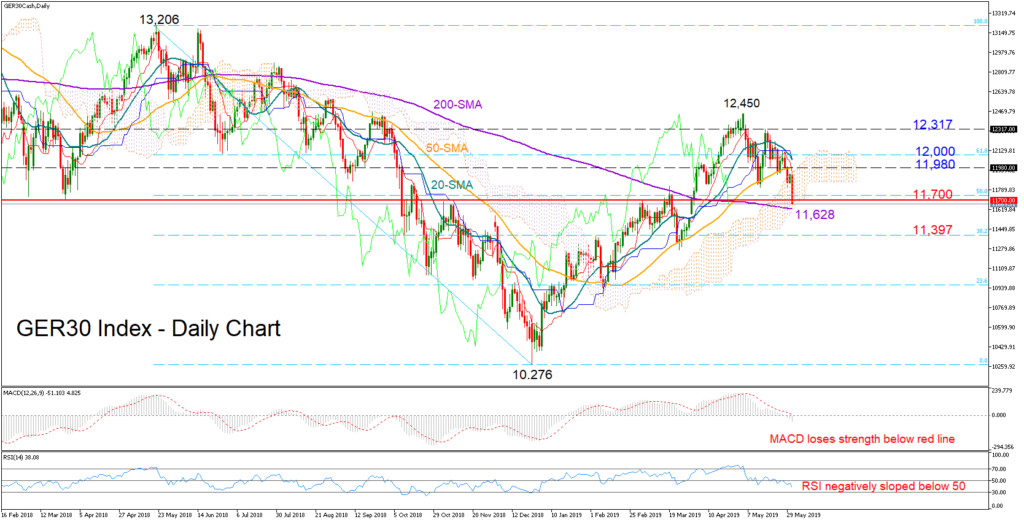 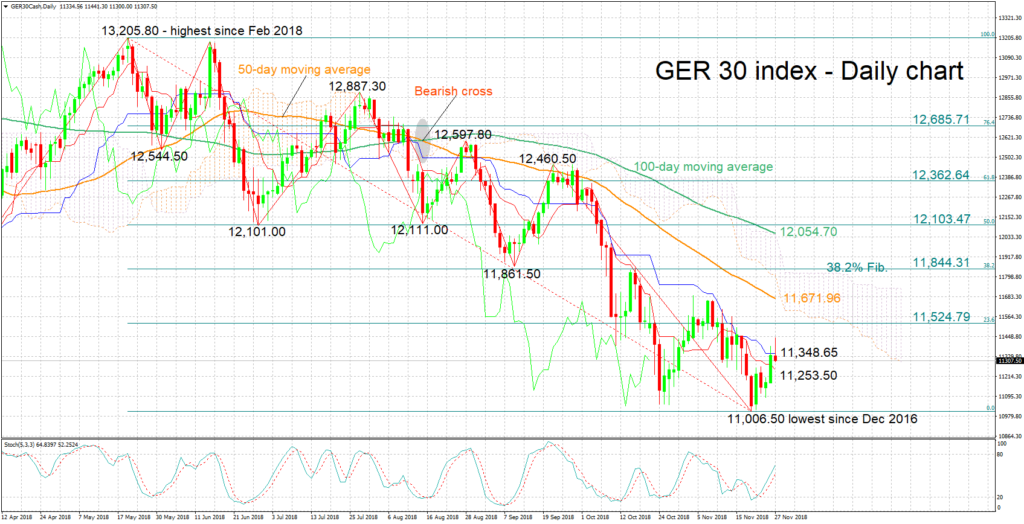 DAX 30 index (GER 30) moves above a 2-year low but the medium-term outlook remains bearish. The DAX 30 index gained ground after touching a two-year nadir of 11,006.50 last week and is currently trading roughly 300 points above the aforementioned bottom. Despite the move up, the Tenkan- and Kijun-sen lines remain negatively aligned, which is […] 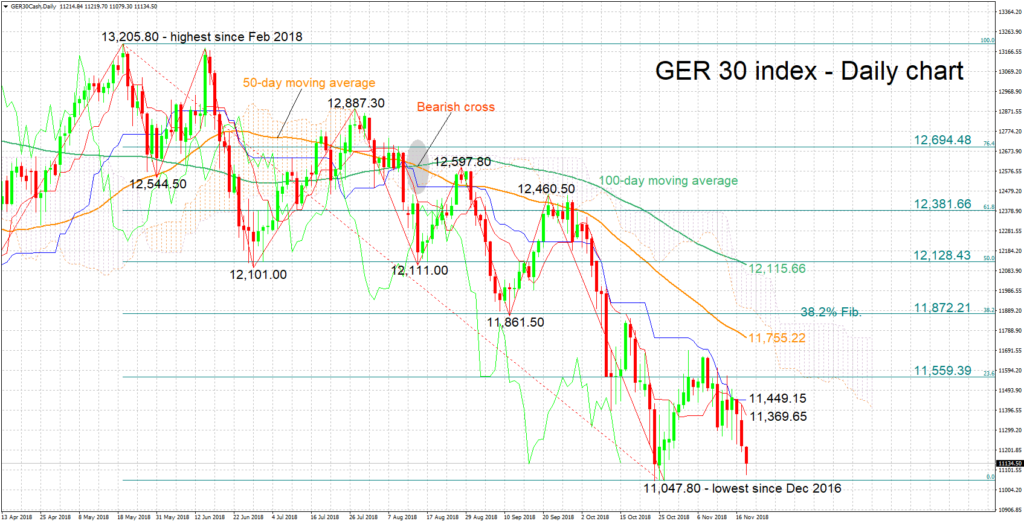 DAX 30 index (GER 30) extends losses to eye 2-year low. The DAX 30 index is declining for the third straight day and is currently trading not far above its lowest since December 2016 of 11,047.80 hit in late October. The Tenkan- and Kijun-sen lines are negatively aligned in support of a bearish bias in the […] 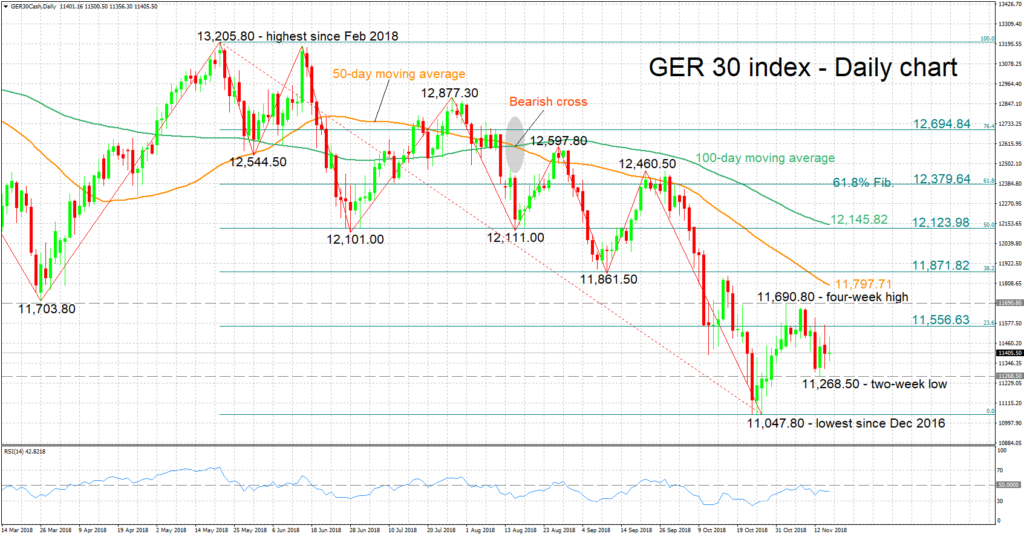 DAX 30 index (GER 30) looks neutral in the short term; bearish medium-term outlook still at play. The DAX 30 index looks to have stabilised after recovering somewhat from its lowest since December 2016 of 11,047.80 hit in late October. The RSI is in bearish territory below 50, though it’s been largely moving sideways in […] 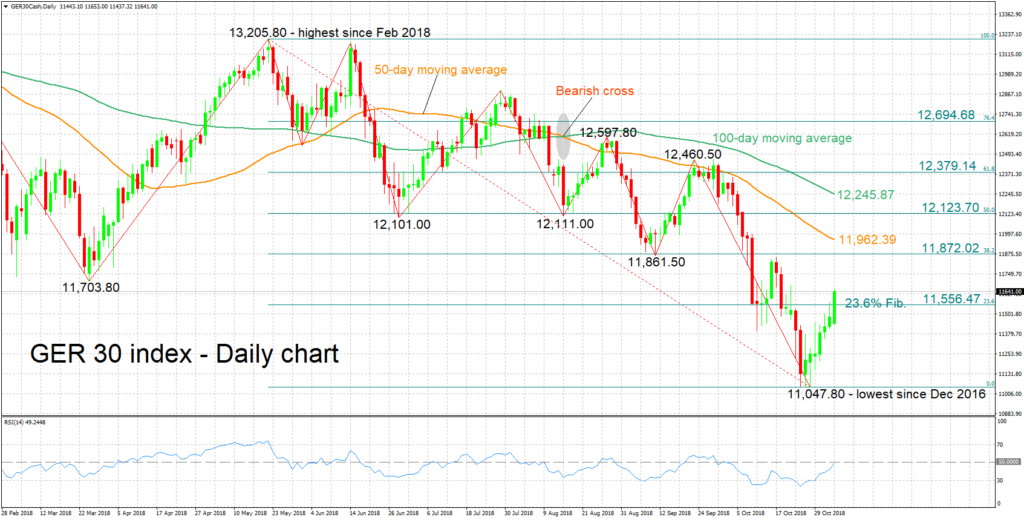 DAX 30 (GER 30) index bullish in short-term at 11-day high; remains bearish in the medium term. The DAX 30 index advanced by roughly 600 points after hitting its lowest since December 2016 at 11,047.80 in late October. Moreover, the benchmark is looking set to record its seventh straight day of gains on Friday, having […] 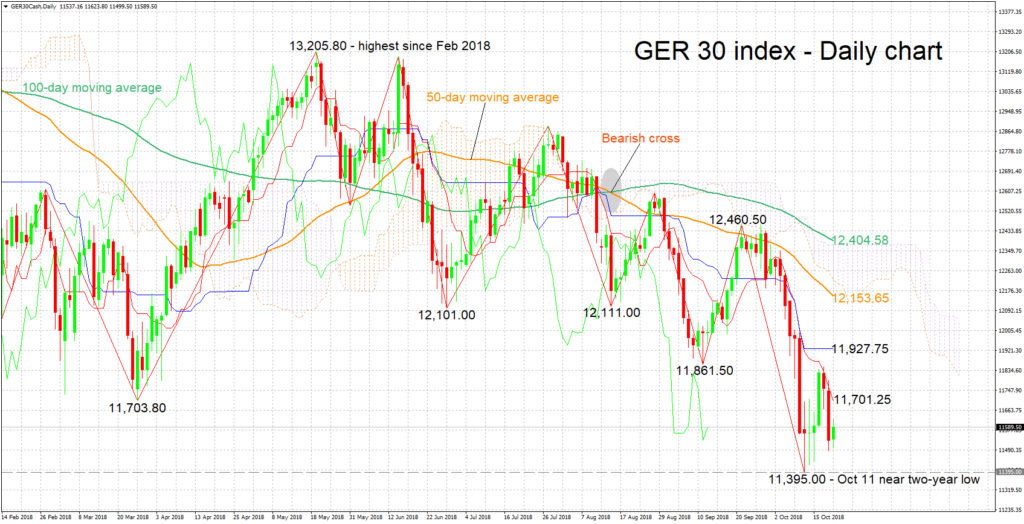 DAX 30 (GER 30) index looking bearish in the short- and medium-term. The DAX 30 index has lost considerable ground after late August’s peak of 12,460.50, eventually falling to a near two-year low of 11,395.00 on October 11. It is currently trading approximately 200 points above this nadir. The Tenkan- and Kijun-sen lines are negatively […]