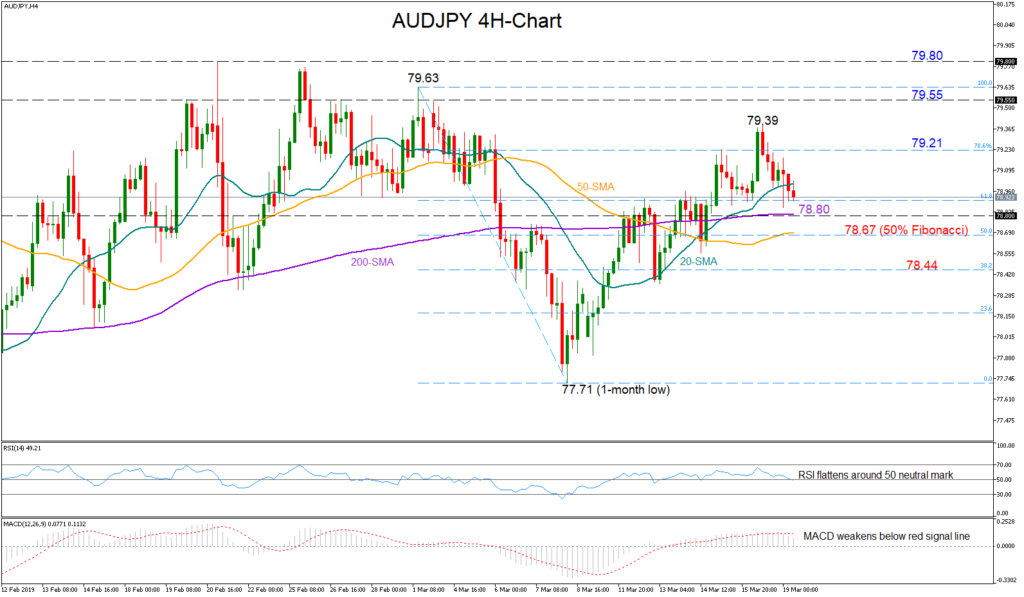 The four-hour AUD/JPY established another higher high in the uptrend it started recording on March 8.

AUD/JPY has been stuck in a narrow sideways range, with an upper bound at 79.80 and a lower bound at 77.40, since early January. 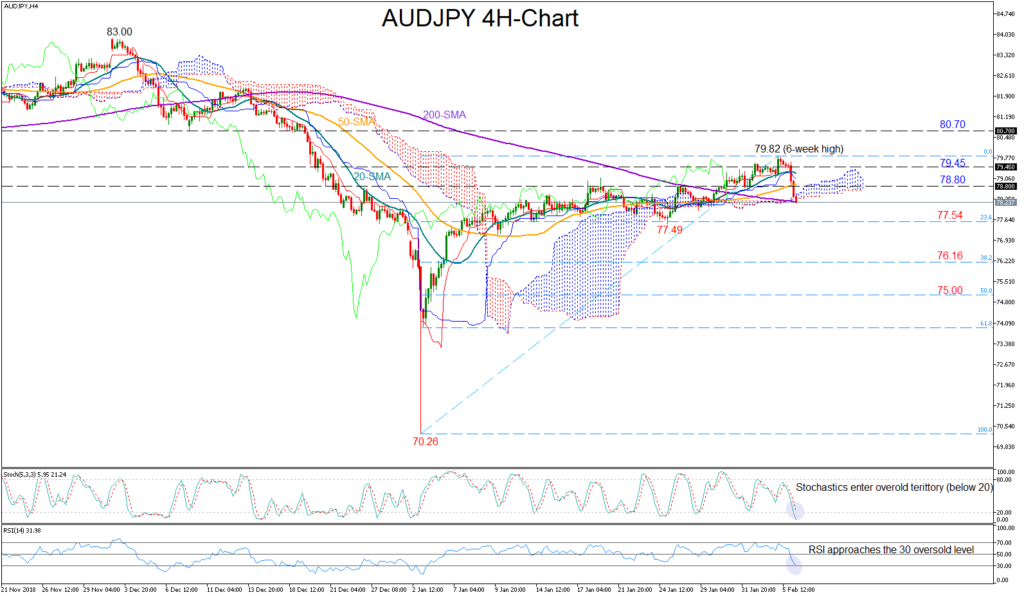 AUD/JPY came under strong pressure on Wednesday, with the price reversing all the gains made earlier this month.

AUD/JPY came under sharp sell-off on Thursday, diving towards 70.27 for the first time in more than nine years.

AUD/JPY declines sharply, the short-term bias back to negative. AUD/JPY posted hefty losses after rising to a five-month peak of 83.90 in early December, falling back below its 200-day simple moving average (SMA) to find support near its 50-day SMA. The pair is now trading at a one-month low, and the short-term bias seems to […] 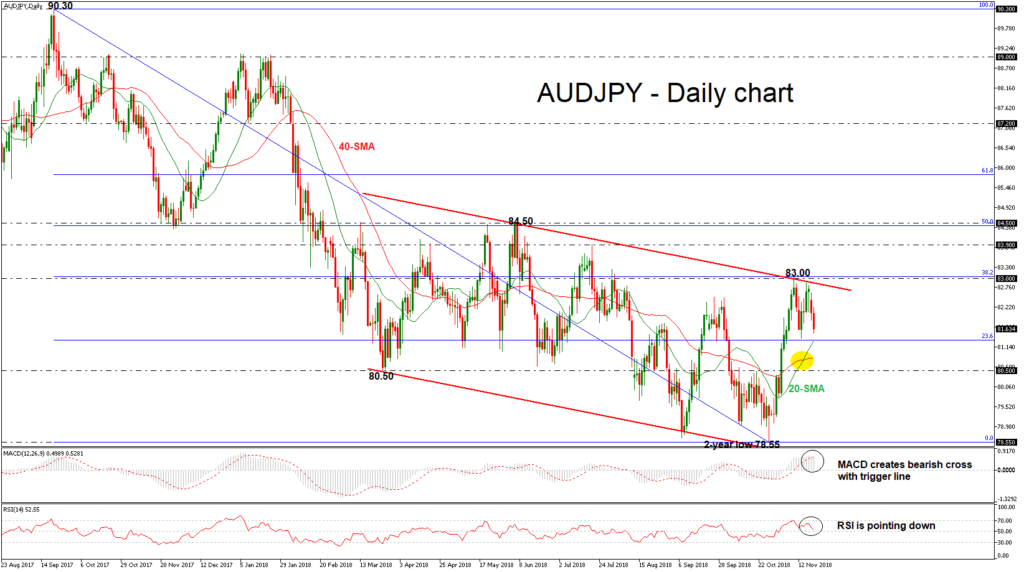 AUD/JPY challenges 23.6% Fibonacci mark; falls in a downward sloping channel in the long-term. AUD/JPY has reversed back down again after reaching resistance at the 83.00 handle, which coincides with the 50-week simple moving average (SMA). Momentum indicators are pointing to a neutral to bearish bias in the short-term. The MACD oscillator has slipped below the trigger […] 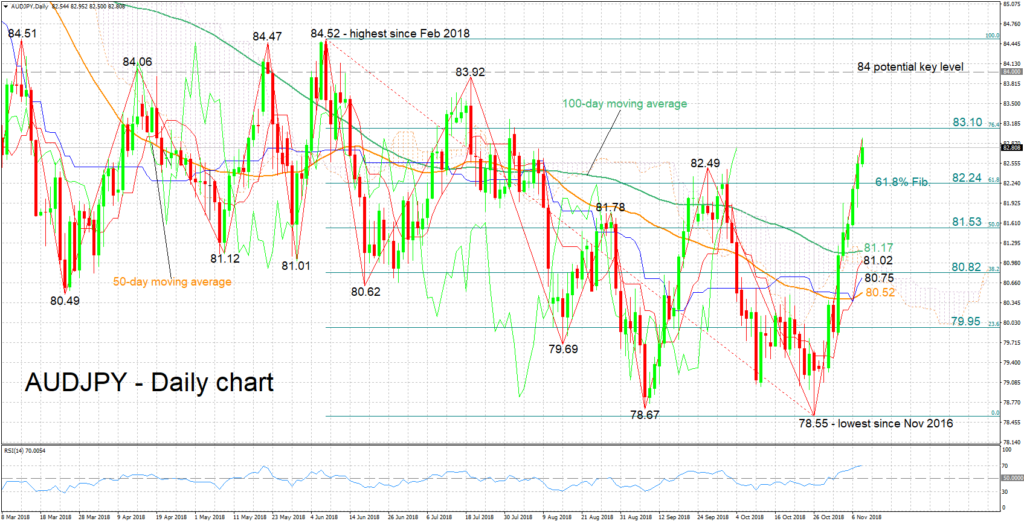 AUD/JPY bullish at 3-month high; the medium-term outlook also turns positive. AUD/JPY staged a remarkable comeback after hitting a two-year nadir of 78.55 in late October. The pair currently trades more than 400 pips above the aforementioned low, while it rose to a three-month high of 82.95 earlier on Thursday. The Tenkan- and Kijun-sen lines […] 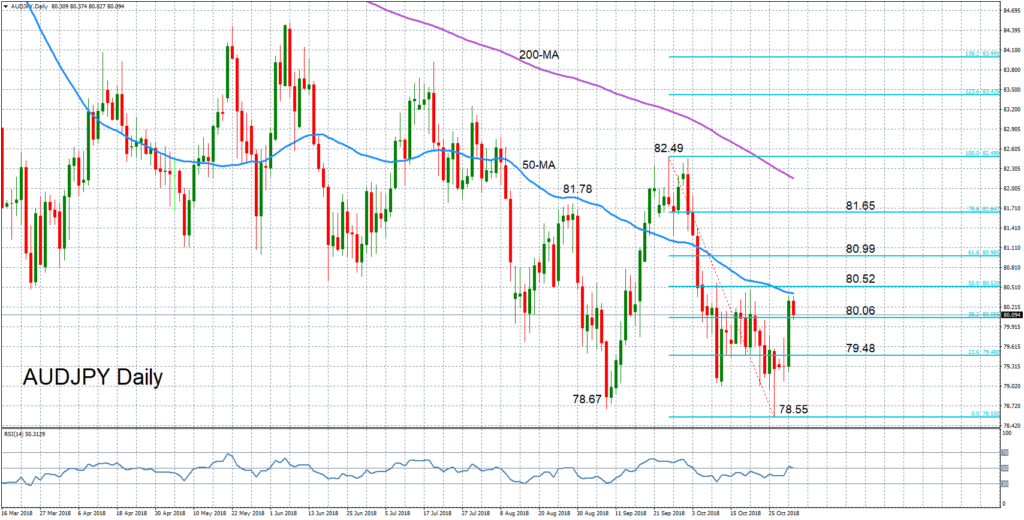 AUD/JPY upward attempt capped by 50-day MA, loses momentum. AUD/JPY made a strong upward push yesterday, gaining by 1.25% and lifting the RSI into positive territory. However, further advances are being blocked by the 50-day moving average (MA), resulting in a strong resistance being formed just below it around 80.35. The RSI is sloping downwards […] 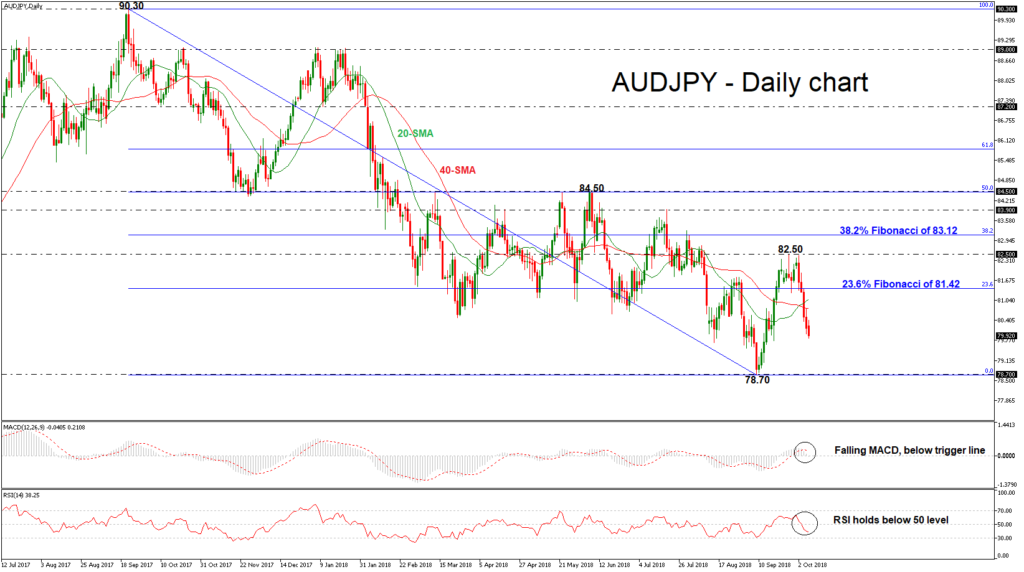 AUD/JPY in sharp sell-off in short-term; approaches 2-year low. AUD/JPY has come under sharp selling pressure following the pullback on the 82.50 resistance level in the preceding week. Moreover, despite that, the 20- and 40-simple moving averages (SMA) posted a bullish crossover, the price slipped below them and continues the negative movement. Looking at daily oscillators though, there are […]

AUD/JPY touches one-week high, continues to look bearish in the medium-term. AUD/JPY is rising for the fourth straight day, further distancing itself from last week’s near two-year nadir of 78.67. Earlier on Thursday, it hit a one-week high of 80.20. The RSI has turned higher after coming close to oversold levels, signaling a shift in […]