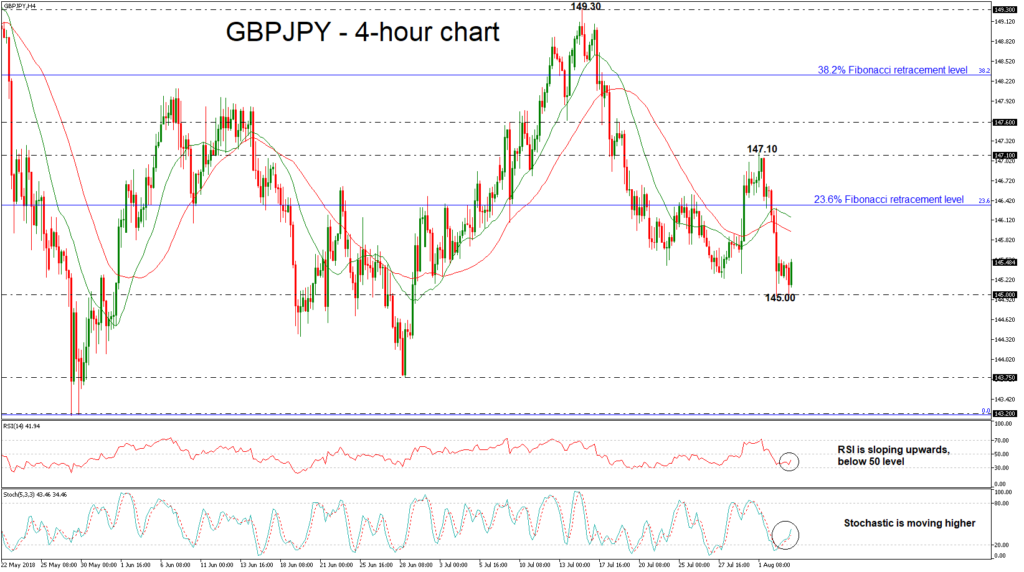 GBP/JPY gains some ground; remains below moving averages in the near-term. GBP/JPY is trading slightly higher over the past few hours after the rebound on the 145.00 psychological level. The price is trying to gain some ground; however, it is still developing below the 20- and 40-simple moving averages in the 4-hour chart. The Relative Strength Index (RSI) is currently increasing […]

Market Focus on US Employment Report 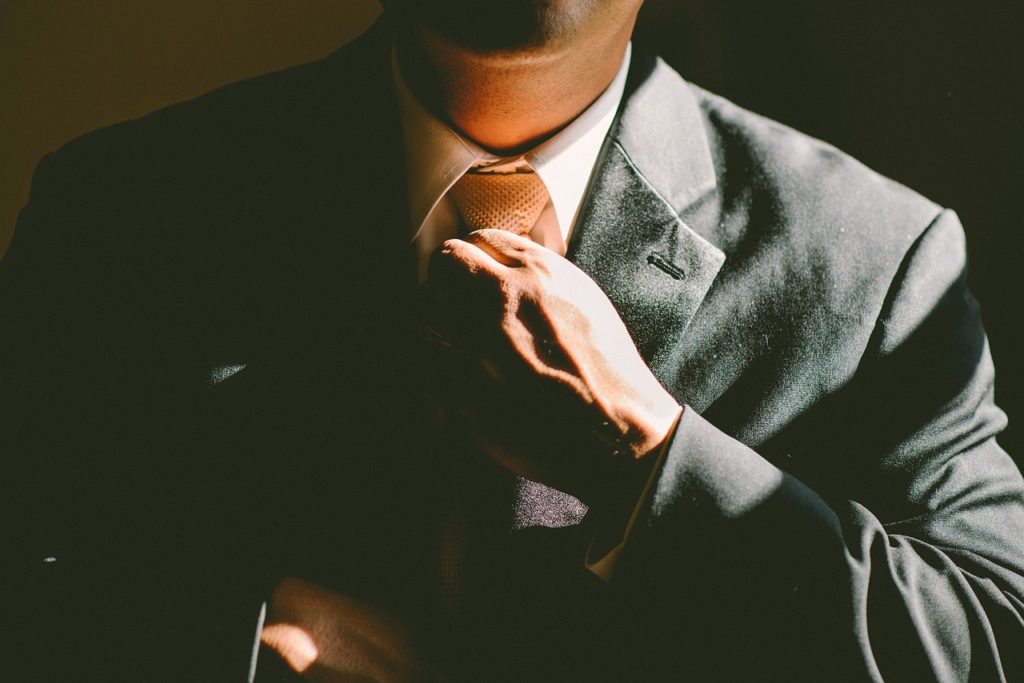 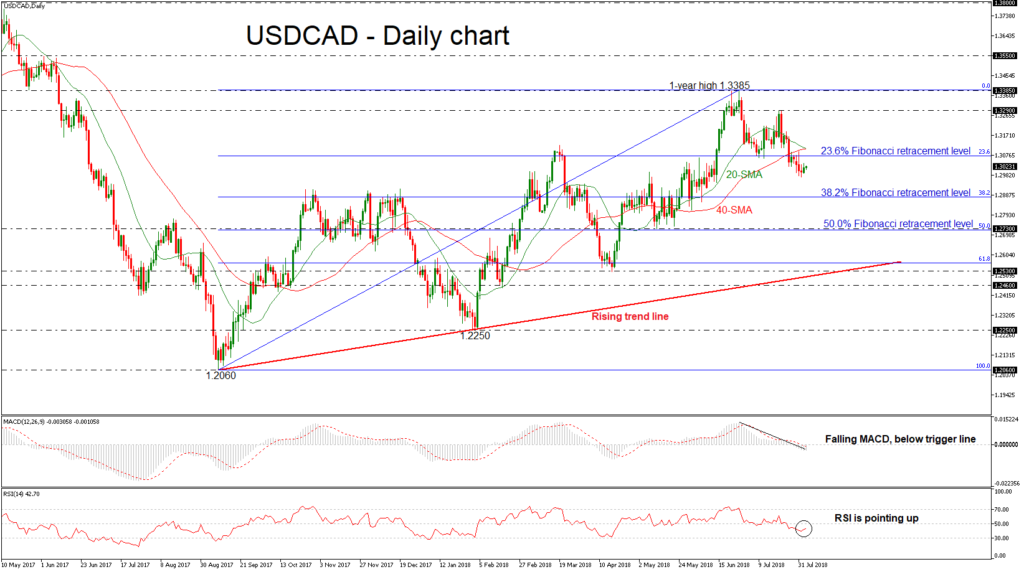 USD/CAD turns to bearish correction but maintains in an upward trend. USD/CAD formed a fresh seven-week bottom at 1.2974 on August 1 in the daily timeframe after the downfall below the strong obstacle of the 23.6% Fibonacci retracement level of the up-leg from 1.2060 to 1.3385, around 1.3074. The pair seems to be in a bearish correction mode […] 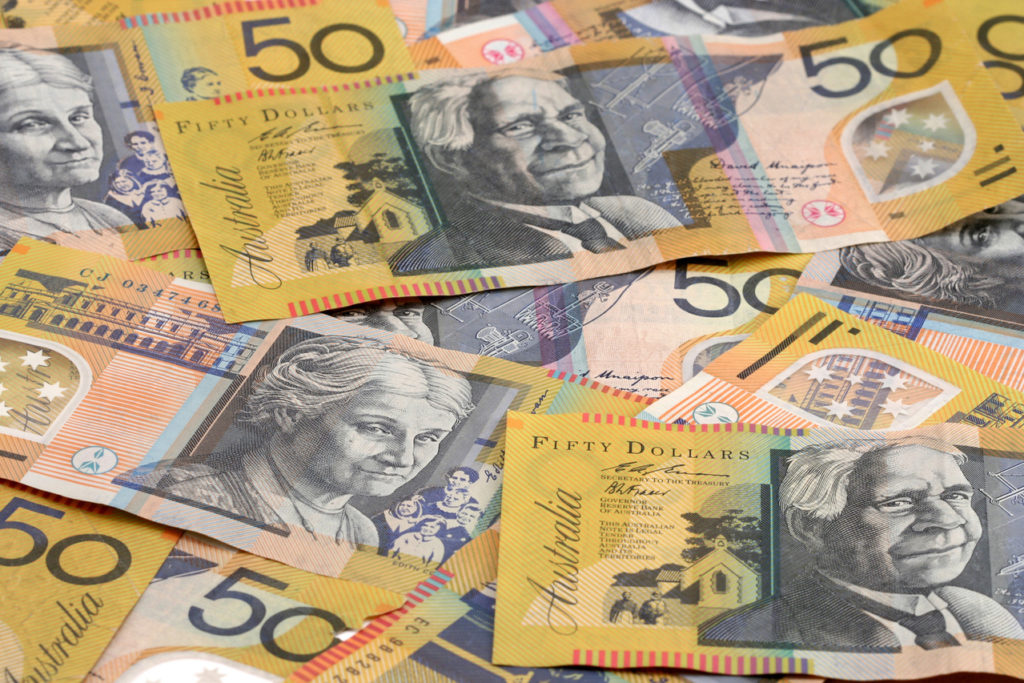 Australian retail sales data for June will be hitting the markets on Friday at 0130 GMT, in what is perhaps the last important release before the Reserve Bank of Australia concludes a meeting on monetary policy next week. Meanwhile, Australia seems to be getting caught in the crosshairs of the trade dispute between the US […] 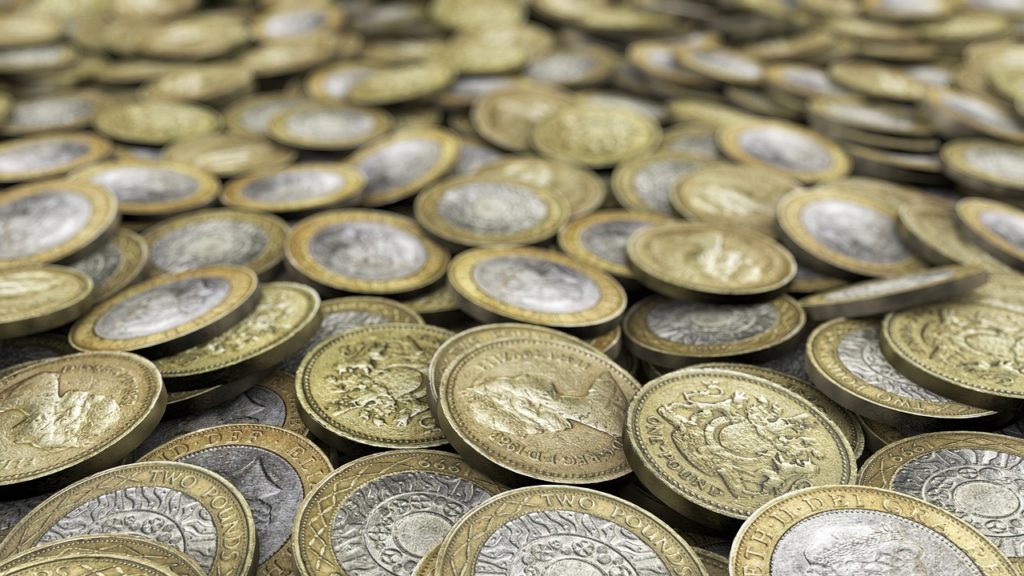 After the highly anticipated Bank of England decision on Thursday, the focus for sterling at the end of the week will turn to the services PMI out of the United Kingdom on Friday at 08:30 GMT. The IHS Markit/CIPS services PMI is expected to highlight the BoE’s dilemma, with activity in the sector, expected to […] 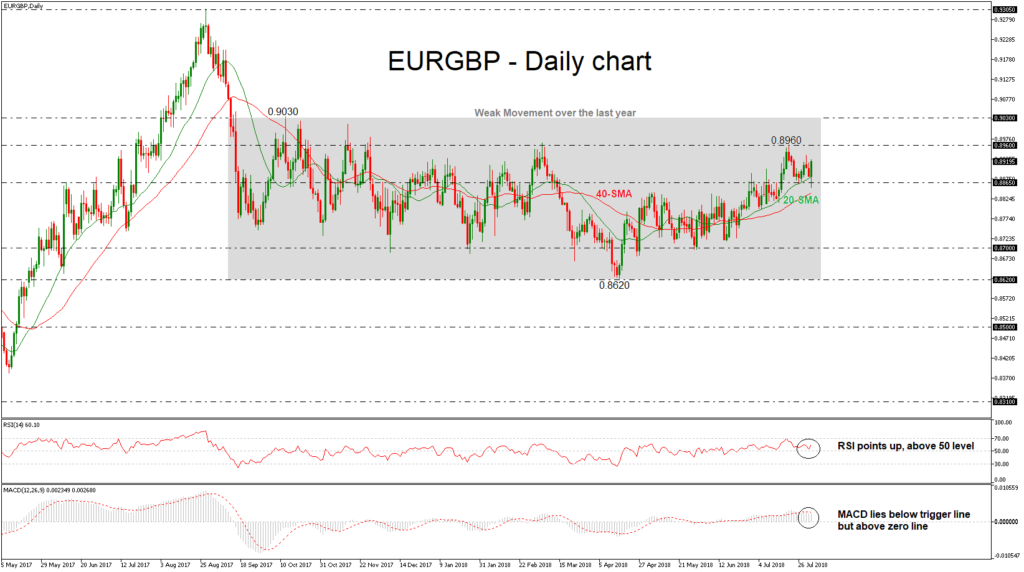 EUR/GBP looking bullish in the near-term; a weak trend in the medium-term. EUR/GBP has advanced considerably over the last few hours and jumped above the 0.8900 handle. Price action is at the momentum taking place above the 20- and 40-simple moving averages in the daily timeframe. The technical picture supports that the rebound on 0.8865 is likely […] 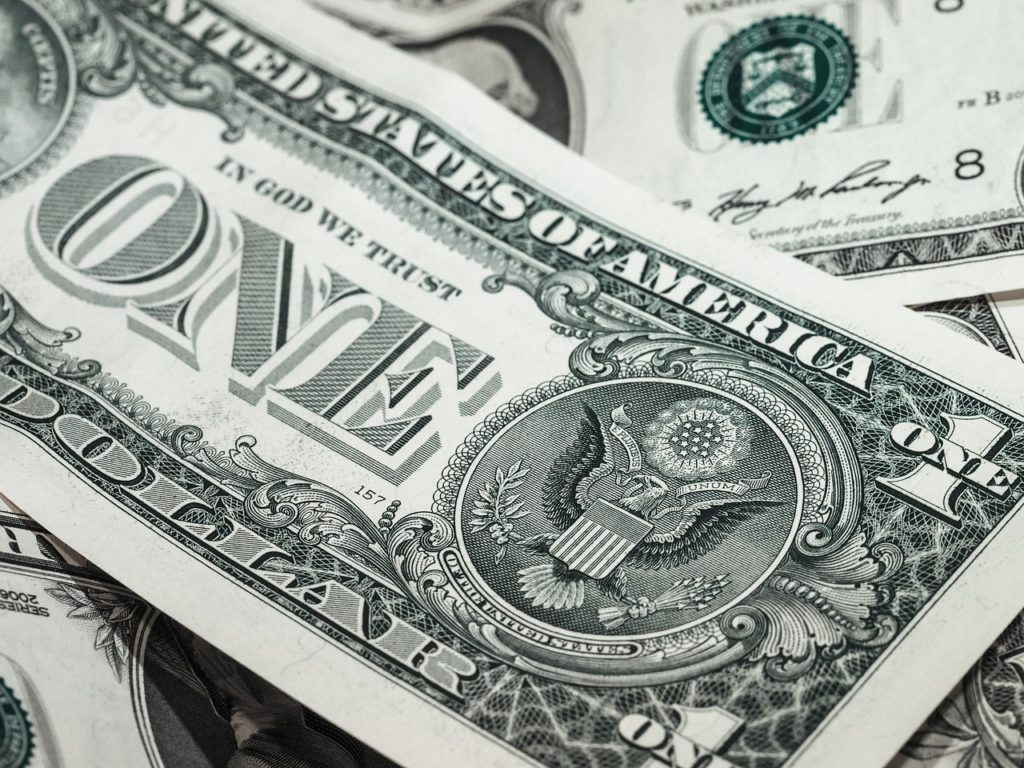 The US jobs report for July is due on Friday at 1230 GMT, with the release widely viewed as the most important monthly print out of the world’s largest economy since the global financial crisis. Overall, a relatively healthy labour market is anticipated by analysts, with wage growth data again attracting the lion’s share of […] 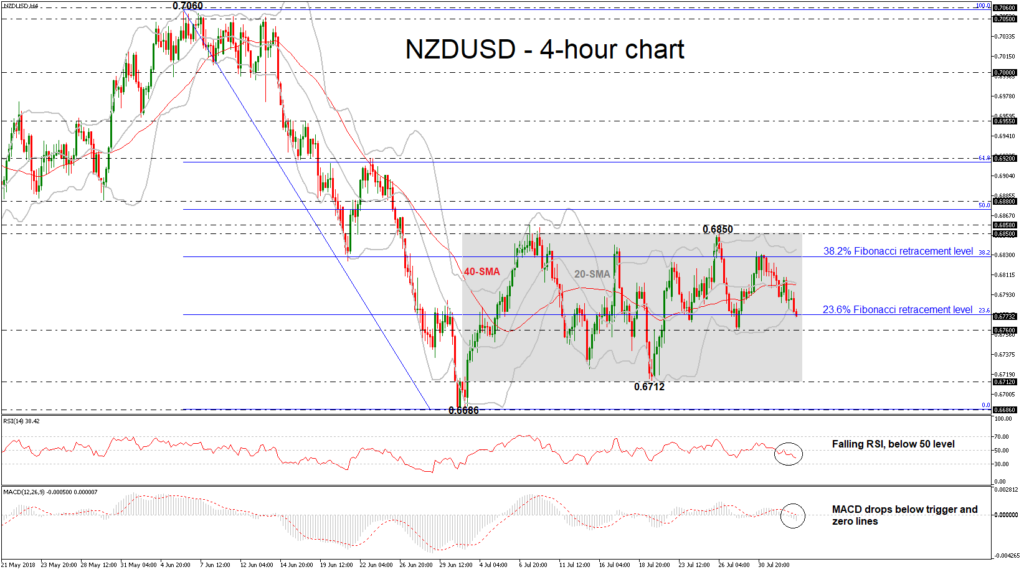 NZD/USD drops below 23.6% Fibonacci; holds in a trading range in the short-term. NZD/USD has come under renewed selling pressure over the last couple of days, falling back below the 23.6% Fibonacci retracement level of the down-leg from 0.6686 to 0.7060, around 0.6775. Also, the pair is touching the lower Bollinger Band, however, it has not posted a fresh […] 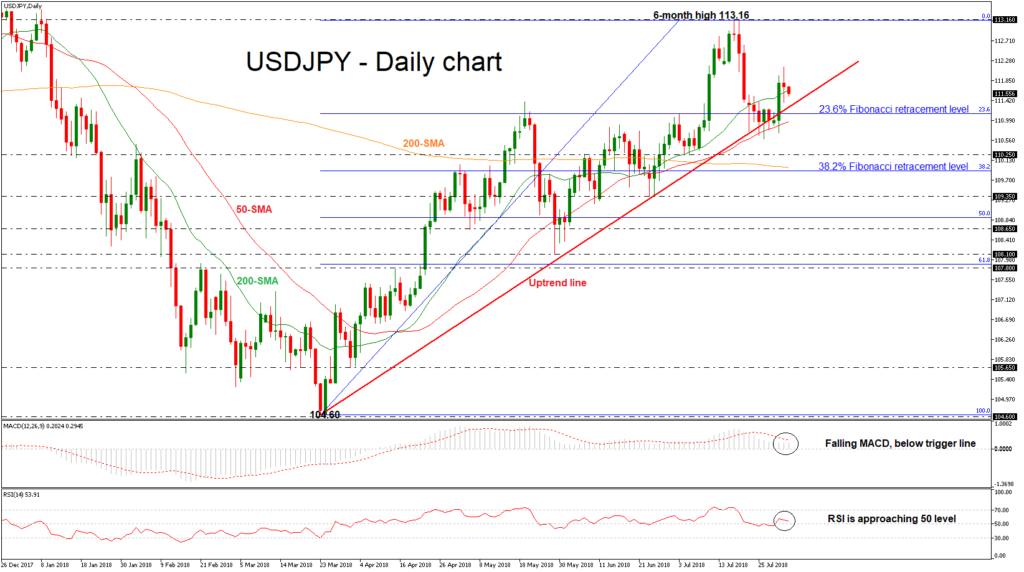 USD/JPY ready to touch ascending trend line; remains positive in the medium-term. USD/JPY has been moving lower since yesterday’s trading session following the pullback on the 112.15 level. The prices seem to be in progress to hit the medium-term ascending trend line as they slipped below the 20-day simple moving average (SMA). The short-term technical indicators are […]

BoE set to raise rates, but can the pound rally? 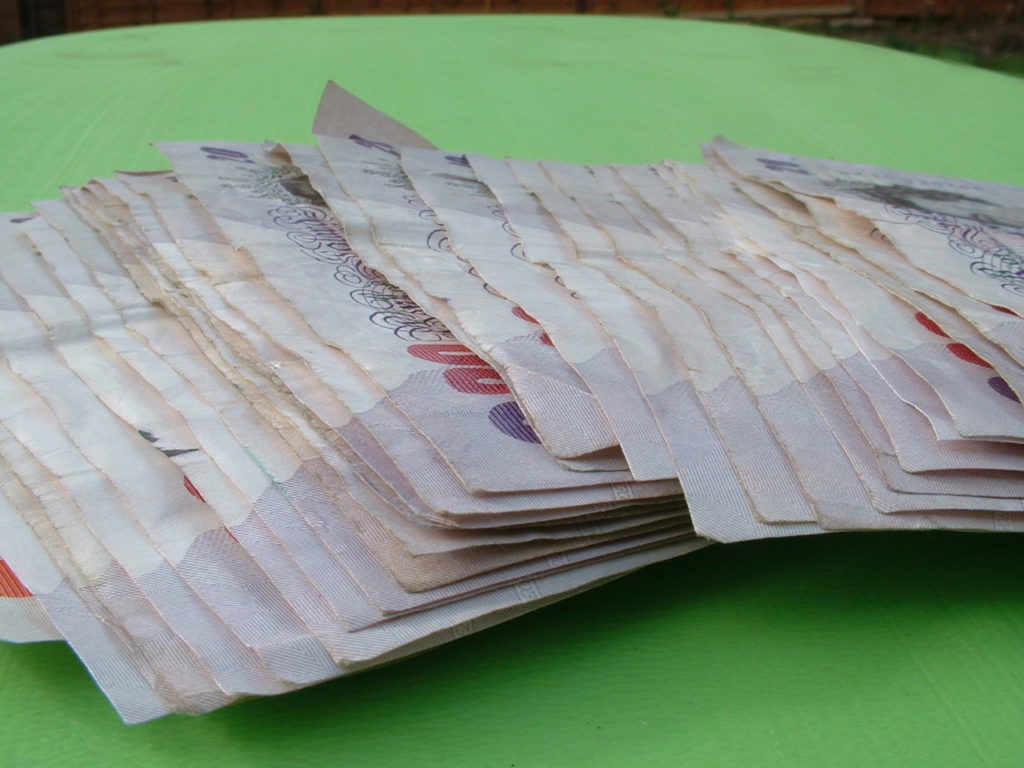 The Bank of England (BoE) is widely anticipated to raise its benchmark interest rate via a 7-2 vote on Thursday, at 1100 GMT. Such a move is practically fully priced in already and thus, price action in sterling will depend largely on the signals the Bank sends regarding the prospect of more rate increases before […]