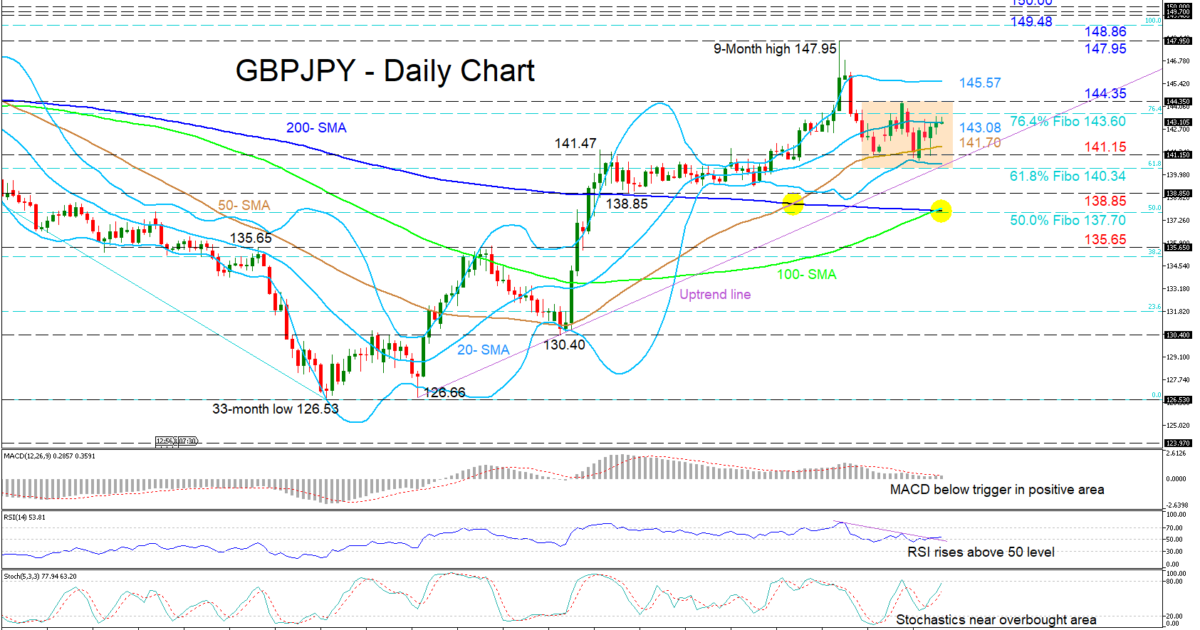 GBP/JPY appears to have stalled below the flat lines of the Bollinger bands, but buyers are attempting to overtake the mid-band at 143.08, after the bounce off the lower-band. The fresh positive push seems to also be aided by the bullish crossover of the 200-day simple moving average (SMA) by the 100-day one.

The short-term oscillators reflect the stall in the market but lean towards a positive view. The MACD is slightly above the zero level but only just below its red trigger line, while the RSI is marginally improving above its neutral mark. Moreover, the stochastics are bullish and are approaching the overbought region.

If sellers reemerge and steer below the 50-day SMA at 141.70, a more sustained effort from the bears would be needed to breach the fortified support region of 141.15 to 140.34, which includes the lower-Bollinger band and the uptrend line drawn from September 3. Diving below, the 138.85 support from October 24 could obstruct the pair from reaching another tough barrier at the 50.0% Fibo of 137.70, where the bullish crossover resides.

Summarising, the very short-term bias seems to be neutral-to-bullish and a close above 144.35 would strengthen the positive picture, while a push above 145.57 would cement further gains. 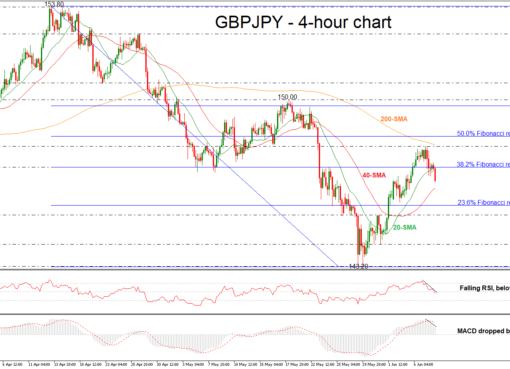 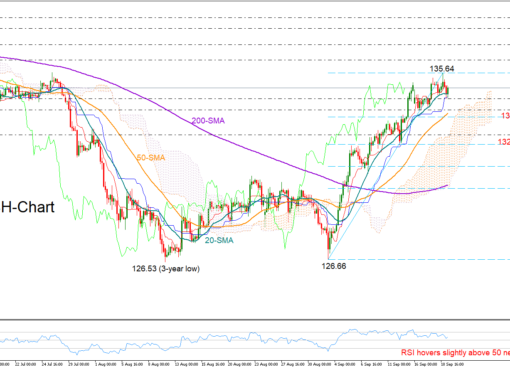 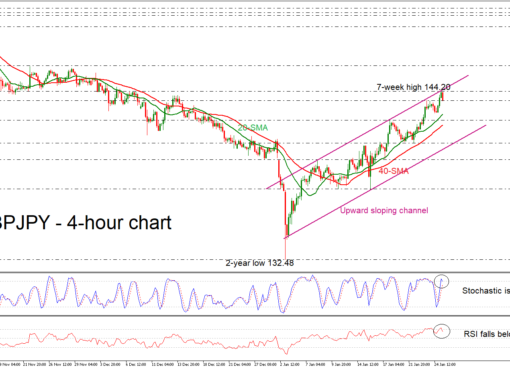