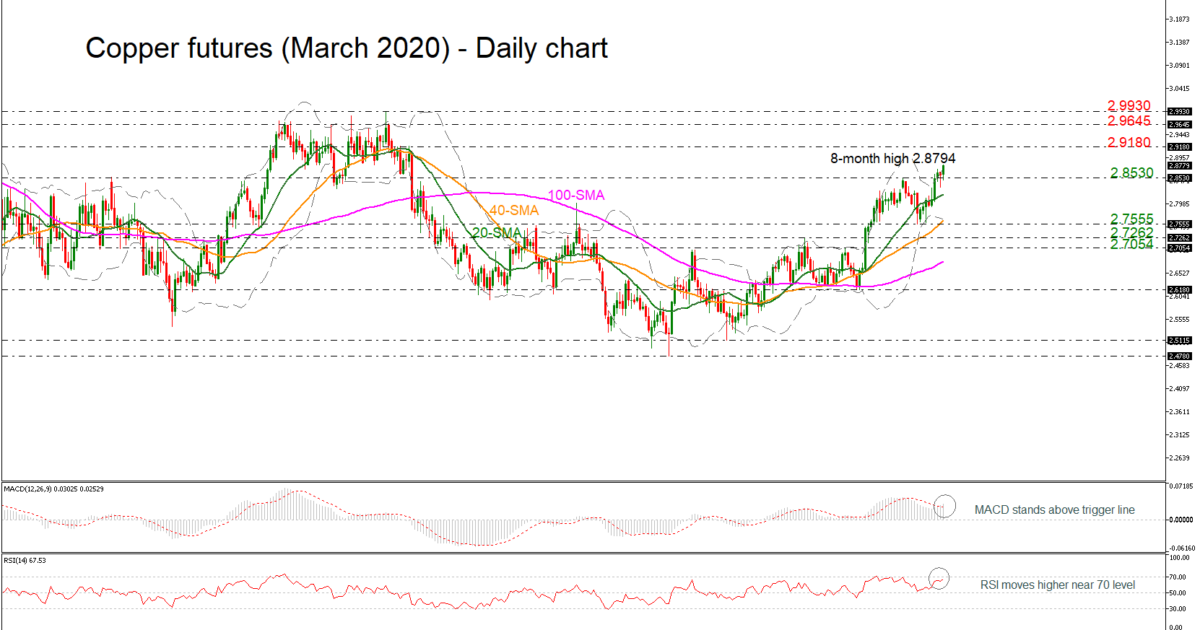 Copper futures for March delivery stretched their rally to a fresh eight-month peak of 2.8794 earlier today, exiting from the squeeze Bollinger Band. The near-term bias is looking bullish as the RSI is heading upwards near the 70 level, while the MACD surpassed its red trigger line, remaining in the positive territory.

Should the price make another move higher, it’s likely to meet resistance at 2.9180 as this level has capped prices since late April 2019. A successful break above this key resistance could open the way for the 2.9645 and 2.9930 barriers, reached on February 2019 and April 2019 respectively.

If the positive momentum appears weakens and prices turn lower, the immediate support of 2.8530 would be the next level to watch. A potentially more important area is the 20-day simple moving average (SMA) currently at 2.8194. In case of more selling interest, the 40-day SMA and the lower Bollinger band near the 2.7555 support could attract traders’ attention.

In the bigger picture, copper prices would need to make a sustained climb above 2.9930 in order for the outlook to become bullish. 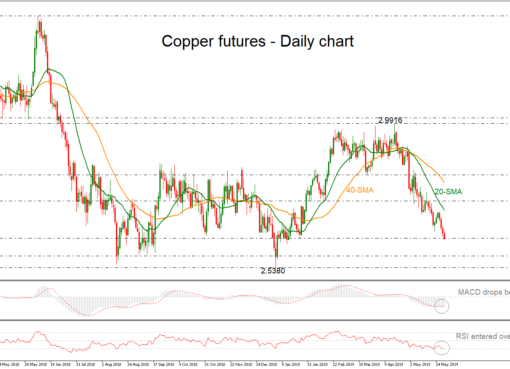 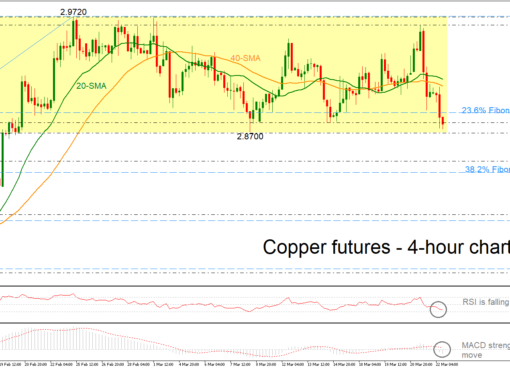 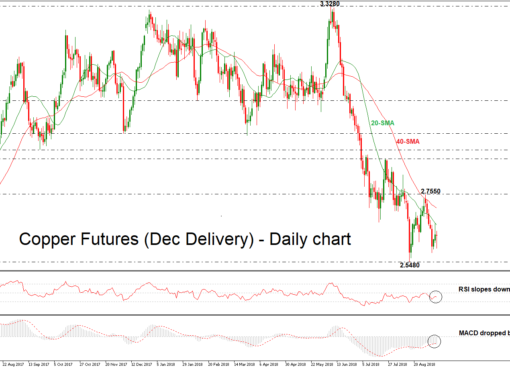