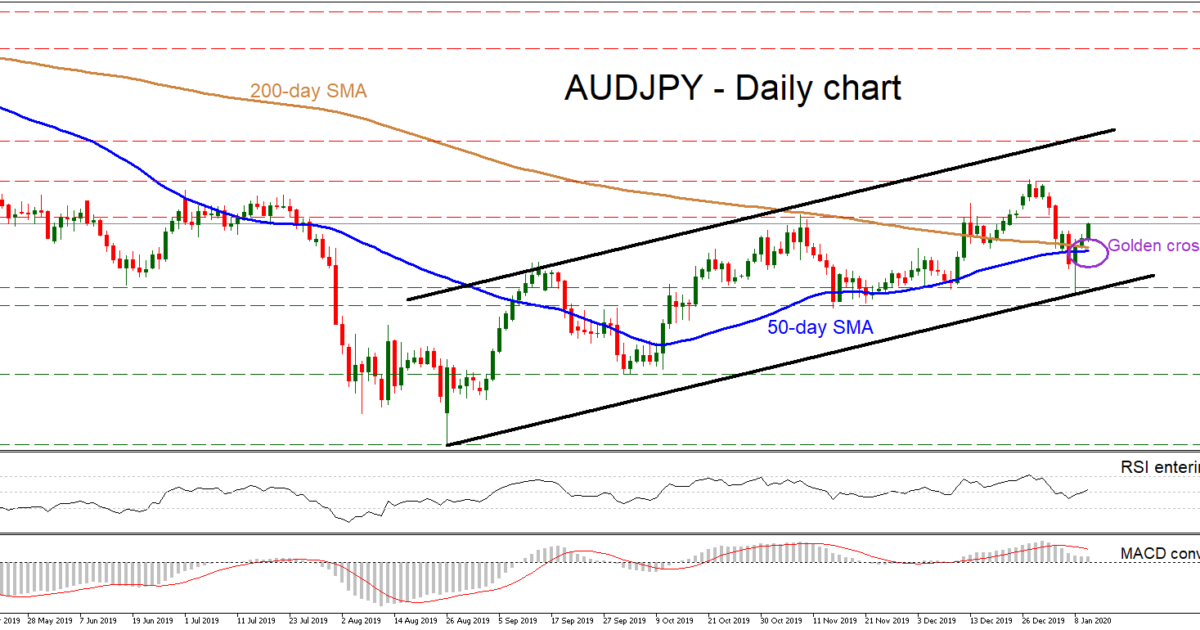 AUD/JPY continues to post higher peaks and higher troughs within an upward sloping channel since late August, which keeps the broader outlook positive. Moreover, the 50-day simple moving average (SMA) looks ready to cross above the 200-day one soon, which would be another bullish sign. That said, both seem to be flattening out, signaling that upside momentum may be gradually losing steam.

Short-term oscillators concur with the mildly bullish picture. The RSI just entered its positive zone, while the MACD seems to have bottomed above zero and could be converging with its red trigger line.

If buyers stay in control, their first target may be the 75.60 level, which halted the rally in November. If they pierce above, the 76.50 area could prove harder to overcome. Another upside break would signal the continuation of the broader uptrend, opening the door for a test of 77.50.

On the downside, initial support to declines could come near the 73.85 level, where the bears were stopped on January 9. If violated, the picture would turn to a more neutral one – from positive now – turning the focus to the 73.40 level next. Moving even lower, the 71.70 level might come into play.

In short, the outlook remains positive so long as the pair holds above 73.85, and a decisive move above 76.50 could add fuel to the rally. 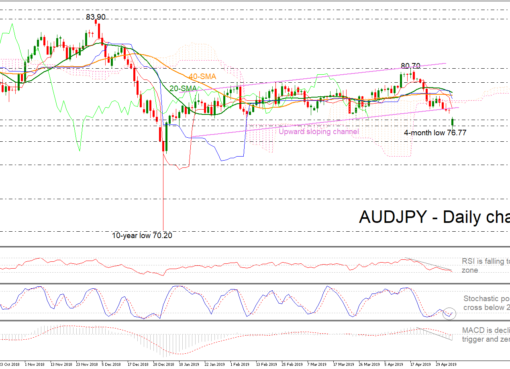 Technical Analysis – AUD/JPY opens with a gap down 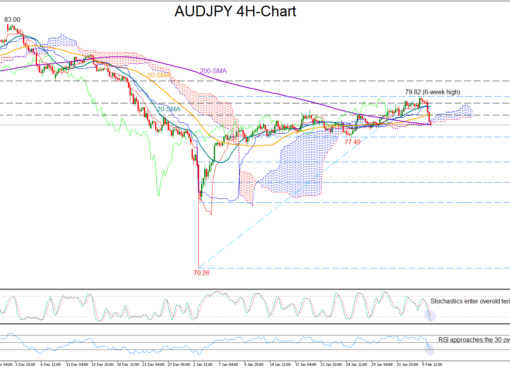 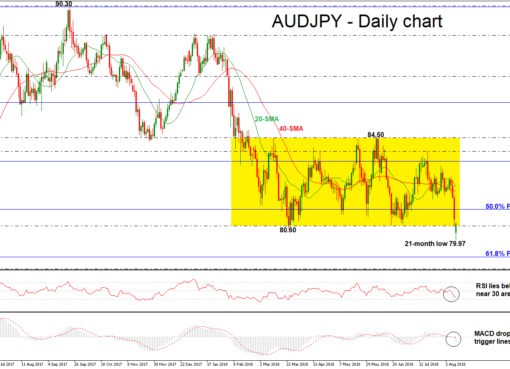