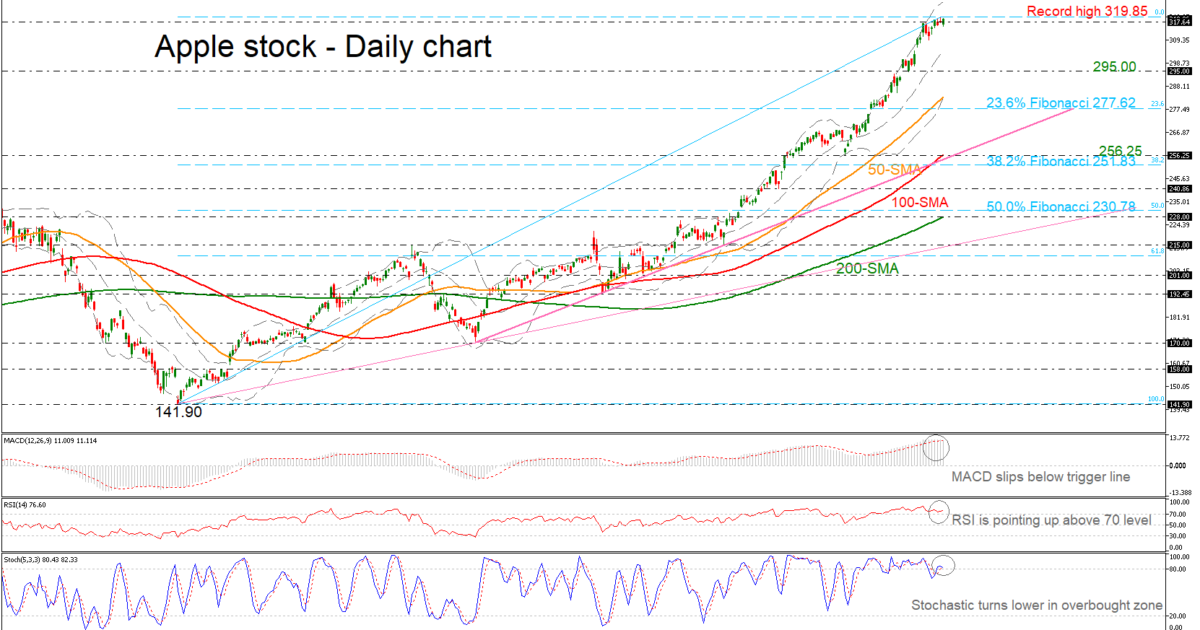 Apple stock price is completing the fifth consecutive green month, trading near the record high of 319.85.  Practically everything paints a bullish picture as the price is holding well above the simple moving averages (SMAs) and the long-term ascending trend lines.

The only warning signal comes from the MACD, which seems to have topped deep within the positive territory and has slipped beneath its red trigger line. The stochastic is also extremely high but is returning lower as it posted a bearish crossover within its %K and %D lines. However, the RSI is still endorsing the bullish view in the overbought area as it is sloping up.

If the positive outlook remains and pushes the price back above the all-time high of 319.85, that would bring the price into unchartered resistances again, turning the focus to round psychological levels such as 330.0 and 340.0 initially.

Summarising, Apple stock price has an extremely positive picture in the short- and long-terms despite the fading momentum in some of the indicators. 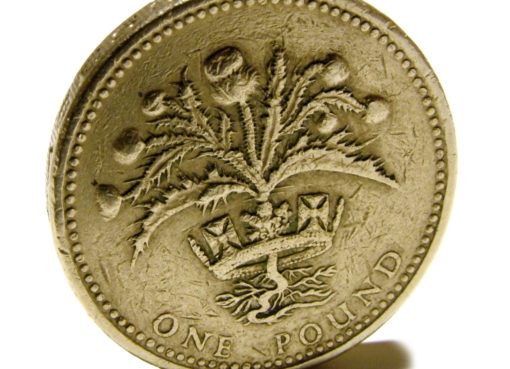 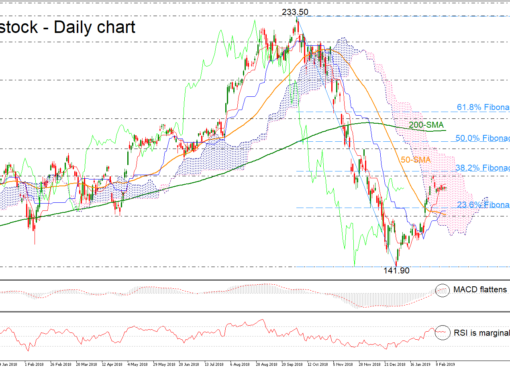 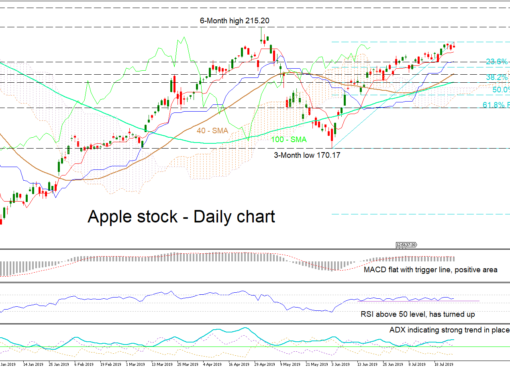