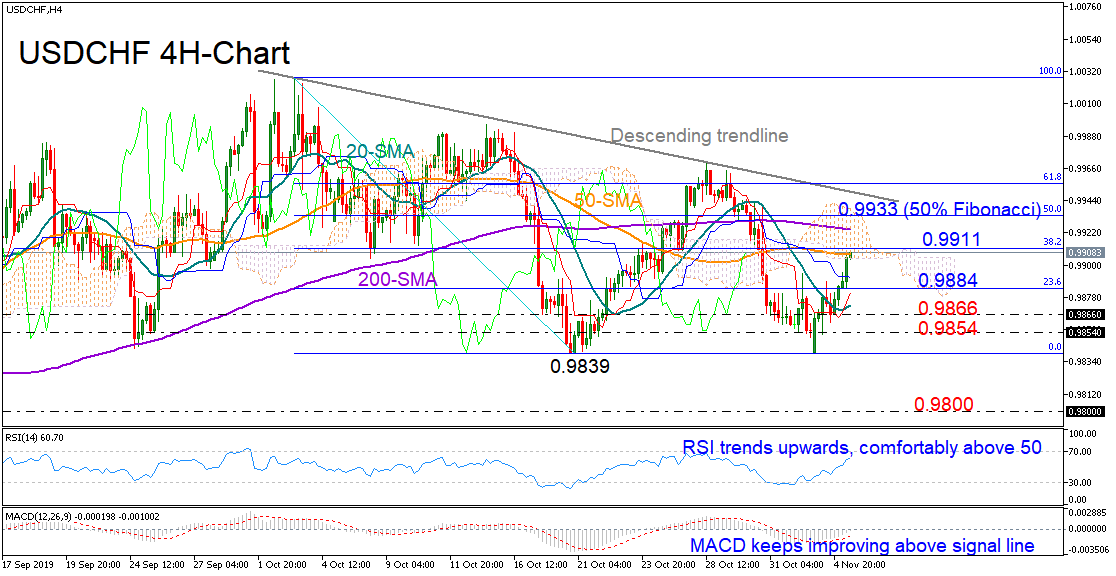 USD/CHF gains bullish traction, but still below the descending trendline.

USD/CHF rebounded forcefully after failing to cross under the October trough of 0.9839, with the price running as high as 0.9907 on Tuesday.

On the four-hour chart, the upward-sloping RSI which is comfortably above its 50 neutral level and the improving MACD endorse the positive momentum in the price.

Should the bullish action stretch above the bottom of the Ichimoku cloud and the 38.2% Fibonacci of 0.9911 of the down-leg from 1.002 to 0.9839, the focus will shift straight to the 50% Fibonacci of 0.9933, if the 200-day simple moving average is breached too. Even more important would be an upside violation of the down-trending line drawn from the October peak of 1.002.

In the negative scenario, a corrective move south could retest the 23.6% Fibonacci of 0.9884, a break of which could set the stage for some consolidation within the 0.9866 and 0.9854 boundaries. Lower, the bears will push harder to clear the 0.9839 level and resume the negative sentiment in the bigger picture. In this case, the next stop could be near the 0.9800 support area.

Summarising, USD/CHF has adopted a positive tone in the short-term, while in the bigger picture the pair is holding a neutral profile within the 1.002 and 0.9839 barriers. 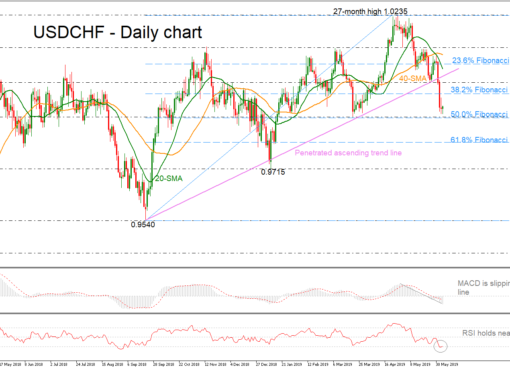 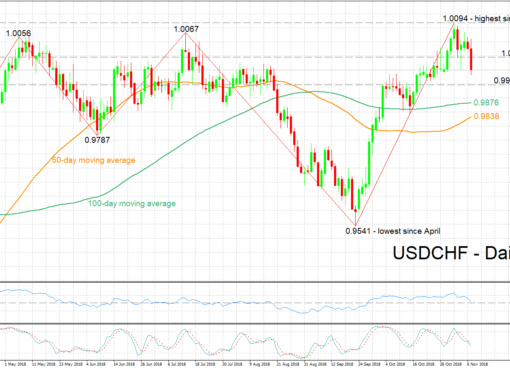 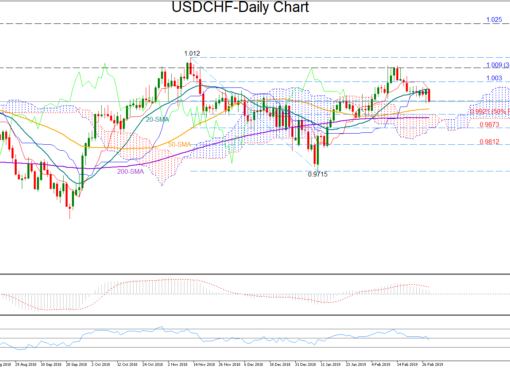