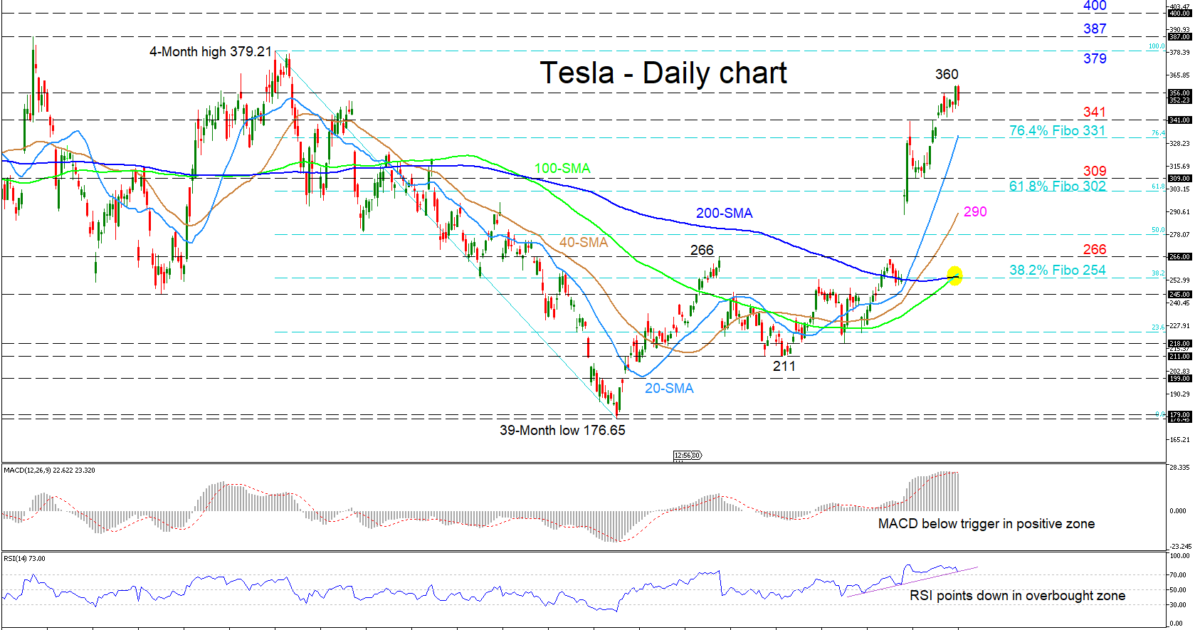 Tesla sellers are currently attempting to halt further gains past the 360 hurdle. The stock gapped above the 200-day simple moving average (SMA) and the 266 swing high of July 24, overstretching the price, resulting in nearly all the declines from December 2018 to June 2019 being recouped.

The short-term oscillators presently continue to reflect an improving picture but warn that the sentiment could shift to the downside. The MACD remains deep in the positive region but has marginally slipped below its red trigger line. The RSI is in the overbought territory but has slightly declined. Despite this, the SMAs continue to signal appreciation in the price with their upward slopes and the recent bullish crossover of the 200-day SMA by the 100-day one.

If buyers retake control and drive the price above the high of 360, a retest of the 379.21 level from December 7 could unfold. Overtaking this now nearly 1-year high, the bulls’ next obstacle could be at the 387 high from August 2018 before they encounter the 400 level.

Overall, the short-term bias is still cautiously bullish. However, a drop below the 341 level could start to turn the bias bearish but would only be confirmed below the 309 swings. 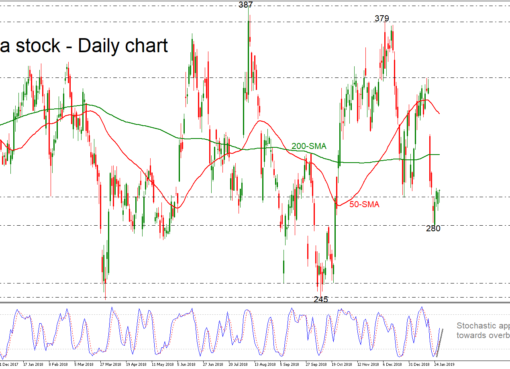 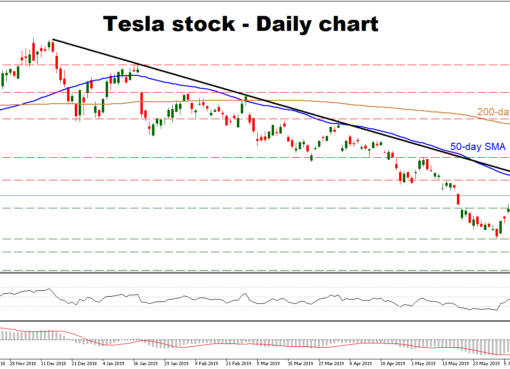 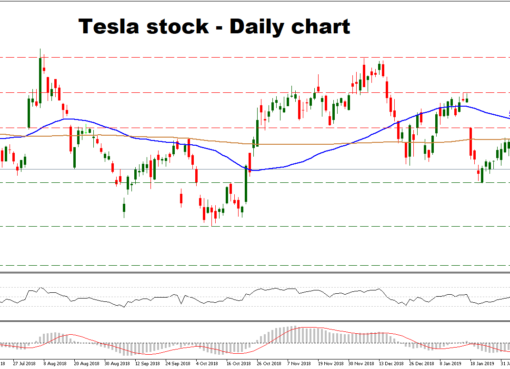