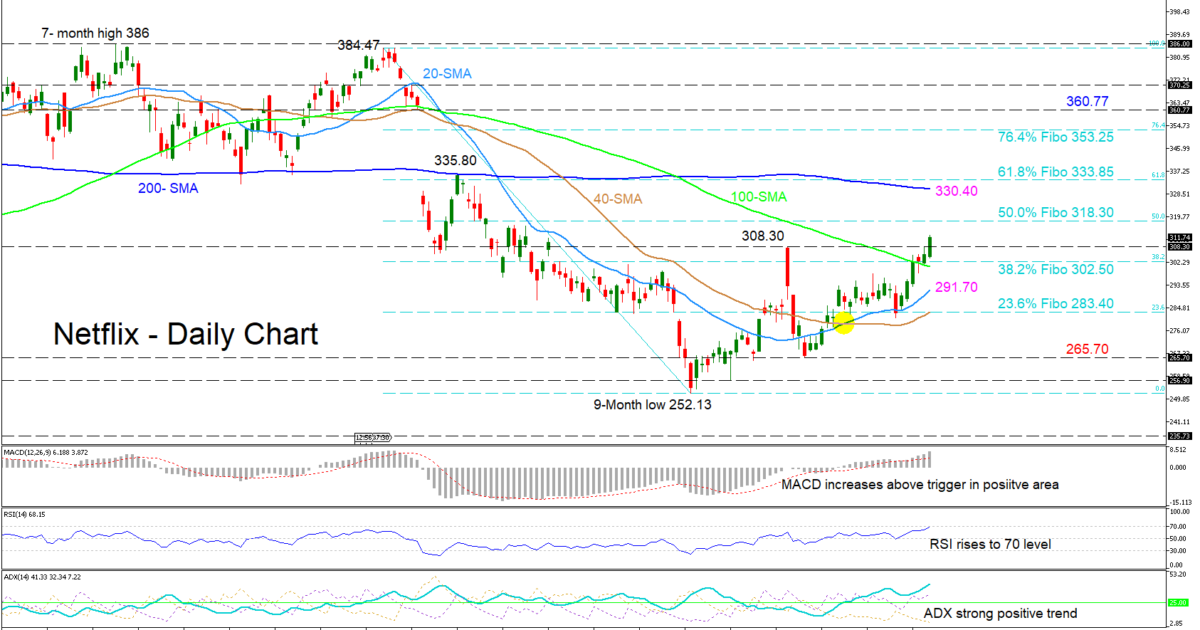 Netflix stock is overtaking the 308.30 swing highs level, which is a pullback level where sellers previously took full control. The push up backs the rebound off the nine-month low of 252.13, reaffirming the bullish bias. Further supporting this view is the upwards slopes in the 20- and 40-day simple moving averages (SMAs) and the bullish crossover between the two.

The short-term oscillators reflect strengthening positive momentum. The MACD, in the positive zone, is rising above its red trigger line, while the RSI has claimed the 70 level. The ADX also confirms that there’s a strong positive trend in place.

Overall, the short-term bias is improving its positive picture and a break above 333.85 would reinforce this view. However, a drop below 265.70 could increase the odds for the bigger negative picture to resume. 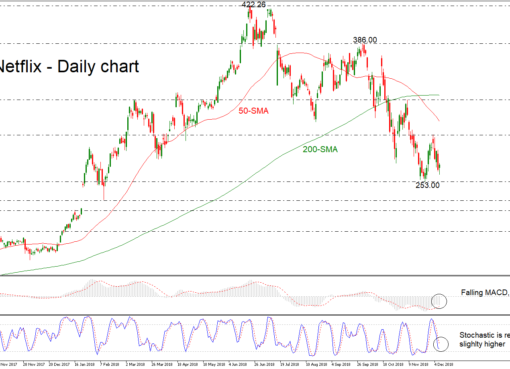 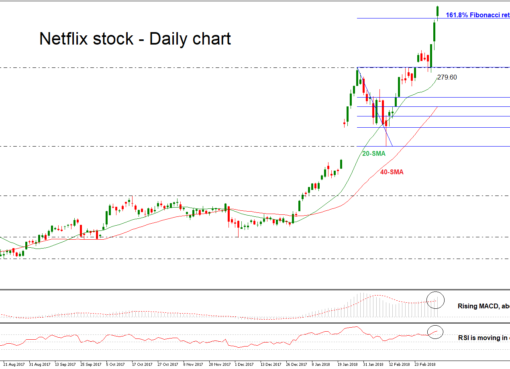 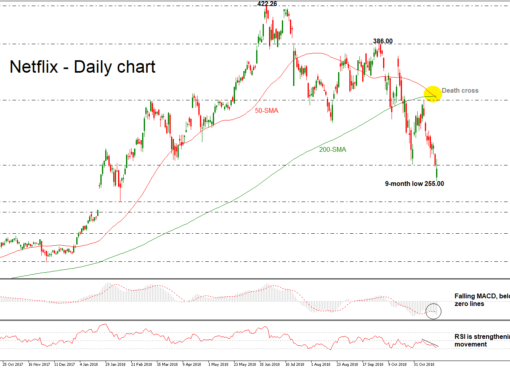