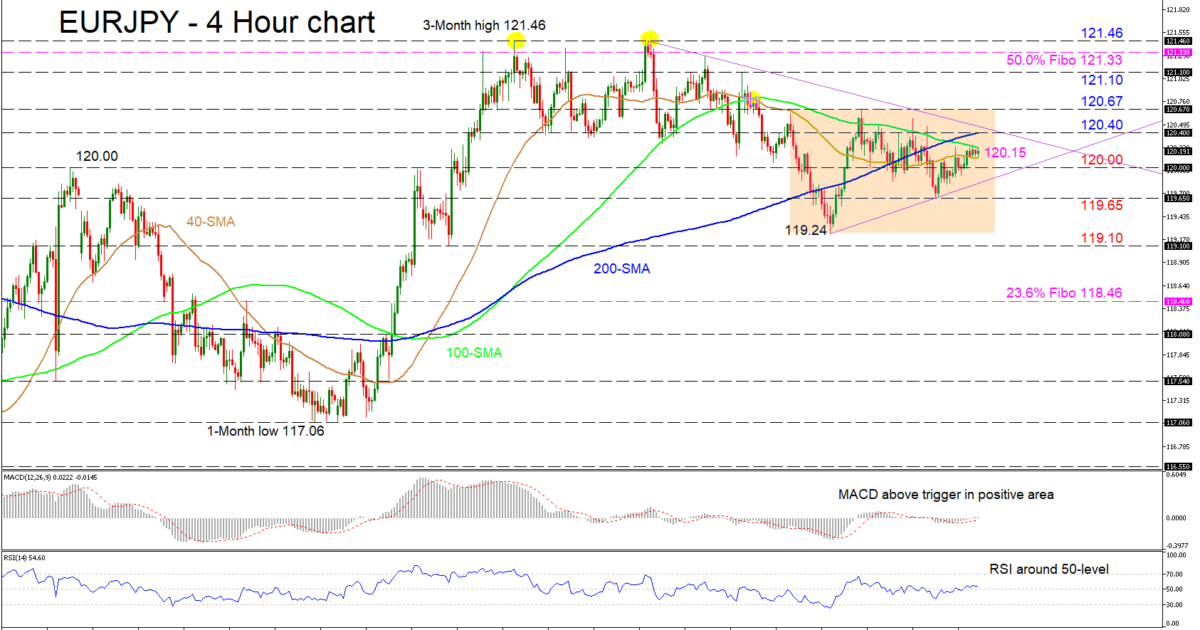 EUR/JPY looks to be undecided over the last two weeks, following the decline from the high of 121.46. Furthermore, momentum seems to have evaporated, something also backed by the 40- and 100-period simple moving averages (SMAs), which are turning slightly sideways.

The short-term oscillators, although suggest a dry up in directional momentum, are reflecting a marginal improvement in the positive picture. The MACD is above its red trigger line and has just moved above zero into the positive zone, while the RSI is hovering around its neutral mark in the bullish region. Moreover, the 200-period SMA is rising despite the recent bearish crossovers.

Alternatively, if sellers push below the 40-period SMA, immediate support could come from the 120.00 level, followed by the supportive line and nearby 119.65 swing low. Surpassing this, the 119.24 level and neighboring 119.10 support could cease further declines towards the 23.6% Fibo of 118.46.

In brief, the short-term bias looks neutral and a break above 120.67 or below 119.10 would set the next direction. 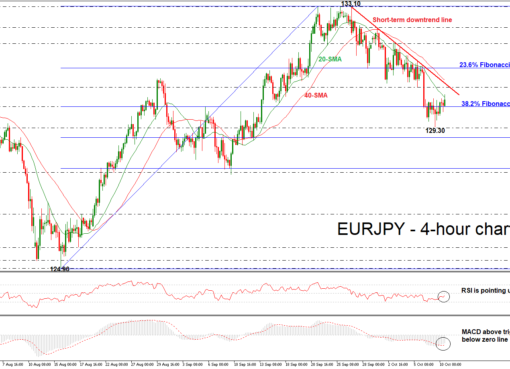 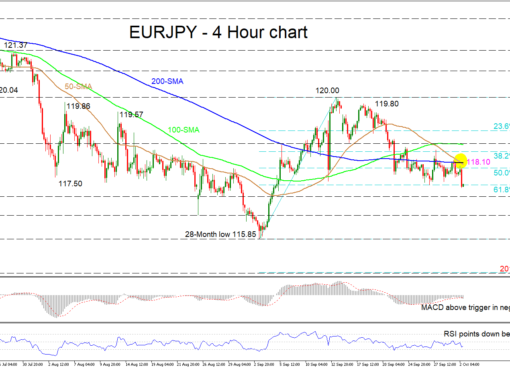 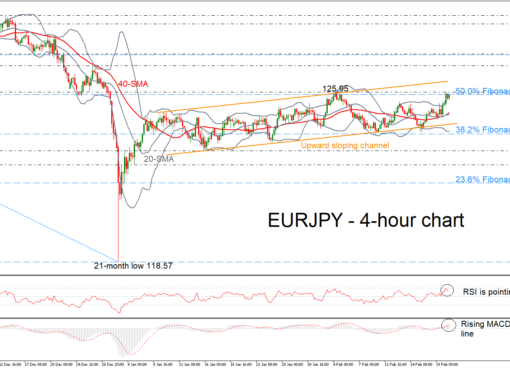