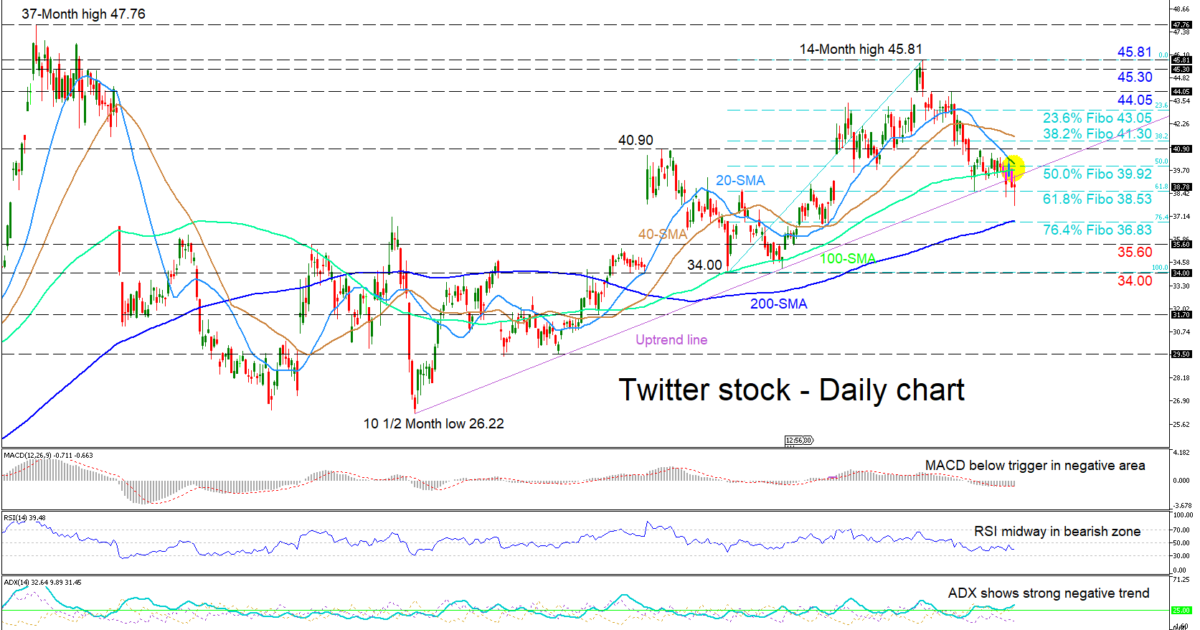 Twitter stock price penetrated below the 100-day simple moving average (SMA) and the uptrend line pulled from December 24, indicating that the nine-month up wave, may have come to an end. The push further down is currently restricted by the 38.53 support, which is the 61.8% Fibonacci retracement of the up leg from 34.00 to 45.81.

Whilst the 100- and 200-day SMAs retain their upwards slope, the 20- and 40-day SMAs have turned downwards, aiding further losses, with the 20-day SMA looking to complete a bearish crossover of the 100-day SMA as well. The MACD is marginally below its red trigger line in the bearish region, while the RSI retains a negative view mid-way in the bearish territory. Moreover, ADX confirms a negative trend.

To the upside, if buying interest picks up driving the price of the stock back above the uptrend line, a challenging resistance area – around 39.92, which is the 50.0% Fibo – could test the bulls as it resides between the nearing bearish cross of the 20-day SMA with the 100-day SMA. Surpassing this area, the swing peak of April 30 could apply further pressure, ahead of the 38.2% Fibo of 41.30 and the nearby 40-day SMA.

In brief, the short-term bias looks bearish and a close below the 200-day SMA would fortify it, while a move above 44.05 could revive the bigger bullish picture. 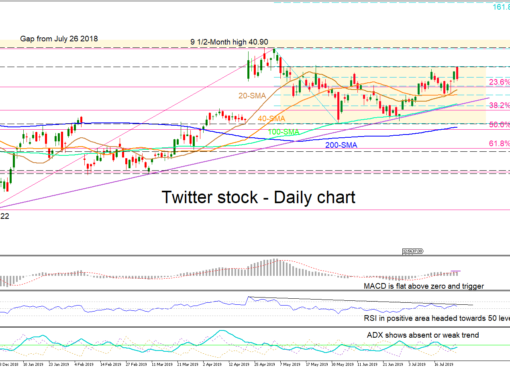 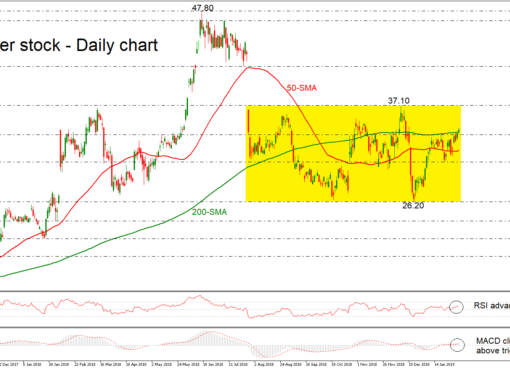 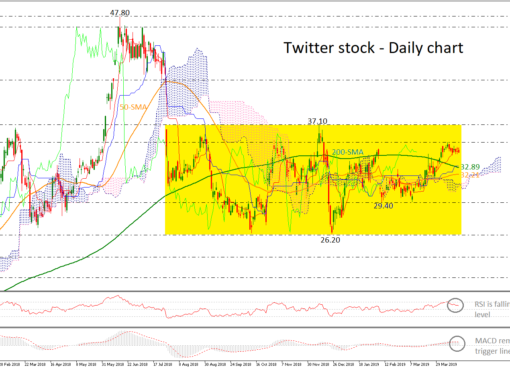