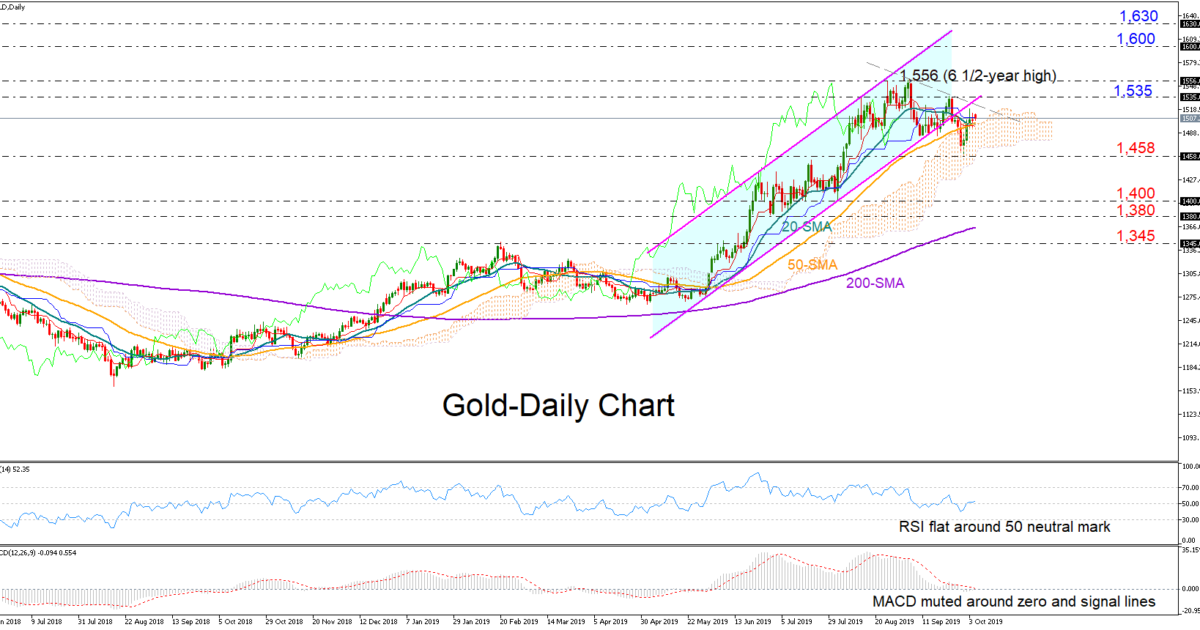 Gold is sending neutral signals in the daily chart as reflected by the sideways move in the RSI and the MACD. The weakening 20-day simple moving average (SMA), which is ready to cross below the 50-day SMA, and the recent breakout of the ascending channel are also discouraging signs, indicating that the yellow metal may likely follow a softer path in coming sessions.

The bears could retake control under the 1,458 level, especially if this occurs comfortably below the Ichimoku cloud. Traders could then search for support probably within the 1,400-1,380 area, where the price found some strong footing during the summer period.

On the upside, bullish traders would like to see a rally above 1,535 and the dashed downward-sloping trendline to increase buying orders towards the 6 ½ -year high of 1,556 and hence drive the price back inside the channel. Beyond the latter, the door would open for the key 1,600-1,630 zone, which had halted downside and upside corrections during the 2011-2013 period.

Meanwhile, in the medium-term timeframe, the market maintains a positive profile as long as it trades above 1,345. Should selling pressure breach that threshold, the market would return to the long neutral phase, which was in place approximately from May 2013 to June 2019.

Summarising, gold is expected to trade at a softer pace in the short-term as long as it holds under 1,535. In the medium-term, the precious metal could abandon its bullish phase only if it breaks below 1,345. 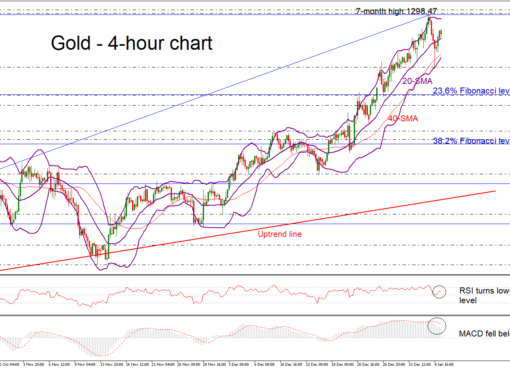 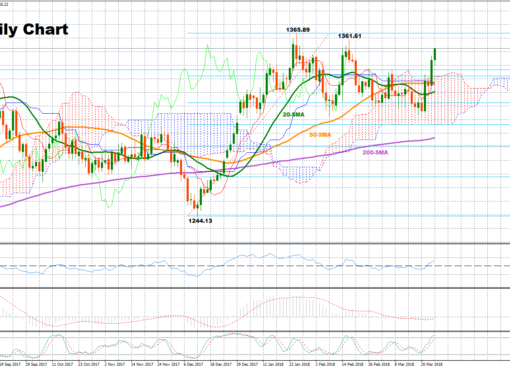 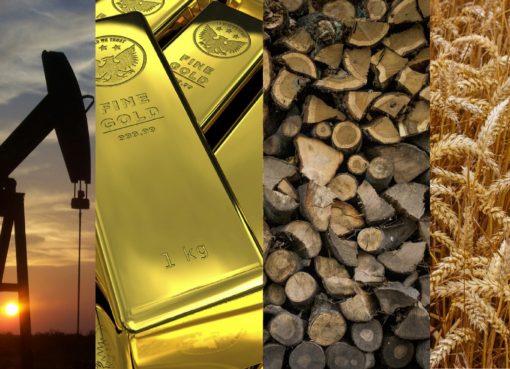