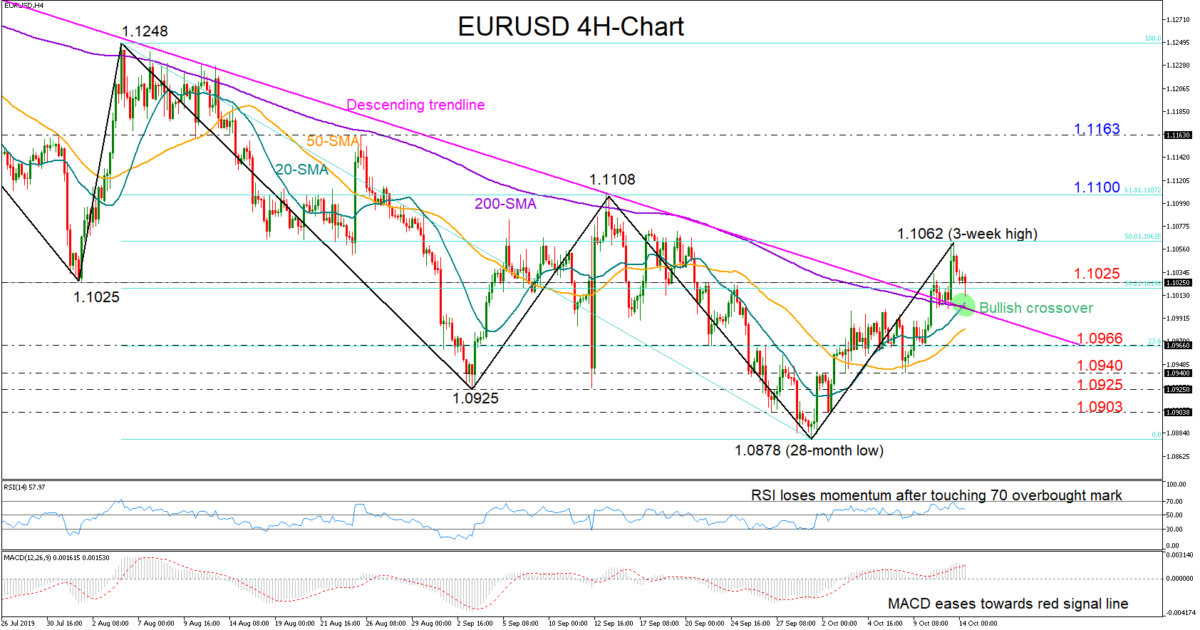 Gold buyers are attempting to tackle the converging simple moving averages (SMAs) in the sideways market. The 20-period SMA, from a flattened state, deflected off the horizontal 100-period SMA completing a bearish crossover of the 50-period SMA, suggesting that the commodity is leaning more towards a short-term negative outlook.

The short-term oscillators reflect weakening negative momentum. The MACD although below its red trigger line in the negative zone, looks to cross above it, while the RSI beneath its 50-level, is pointing upwards. The short-term down move is still intact, so bullish traders need to be cautious in case the sellers make a reappearance.

To the upside, buyers face a more challenging area from 1496 – 1501 where all the SMAs are located. Climbing further above, the bulls could encounter downside pressure from the upper boundary of 1512, before the resistance peaks in the region of 1517 – 1520, play a role. Ascending further, the swing high of 1535 could also be a tough obstacle to overrun.

In brief, a neutral picture seems to exist in the short-term, and a break below 1462 or above 1512 would expose the directional bias. 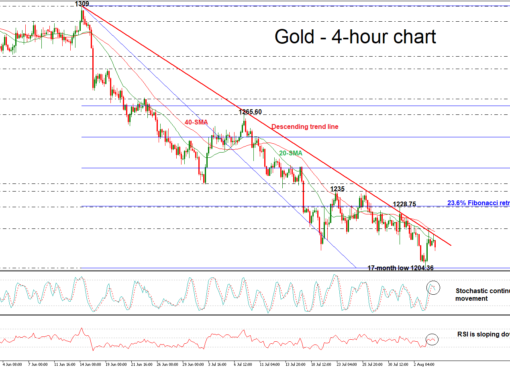 Technical Analysis – Gold could weaken further in the near-term 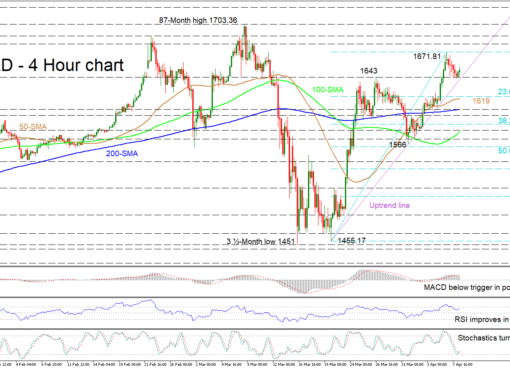 Gold shows sign of improving near the uptrend line