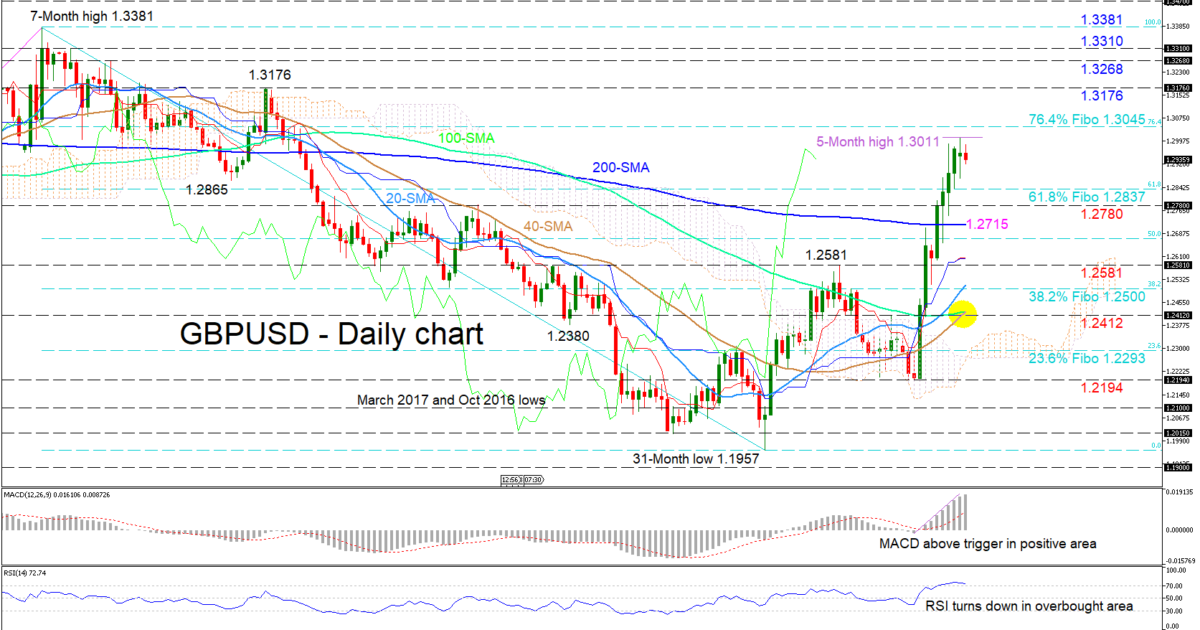 GBP/USD shows signs of some stalling but still looking bullish.

GBP/USD seems undecided of direction after driving the price marginally above the 1.3000 level. The aggressive rally that commenced on October 10, recouped nearly three-quarters of losses in the drop from the high of 1.3381. The Tenkan-sen and Kijun-Sen lines have now merged and turned flat, indicating that the short-term momentum has weakened. The softness in the RSI, that is currently pushing efforts to exit the overbought territory, is also backing the easing in positive momentum.

Regarding the market trend, the 20- and 40-day simple moving averages (SMAs) continue to slope upwards, with the latter nearing the completion of a bullish cross of the 100-day SMA, suggesting that the upward direction may improve.

Overall, the short-term bias is looking bullish and a break above 1.3045 would revive the positive picture. However, a break below 1.2715 could set a neutral bias in place. 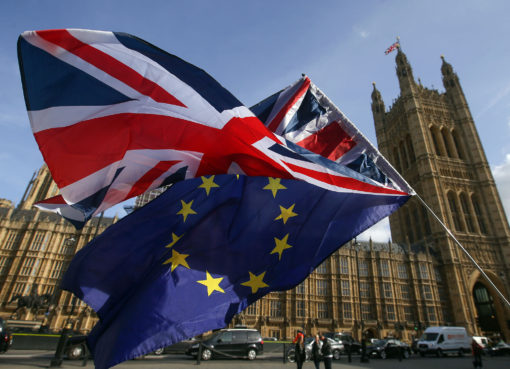 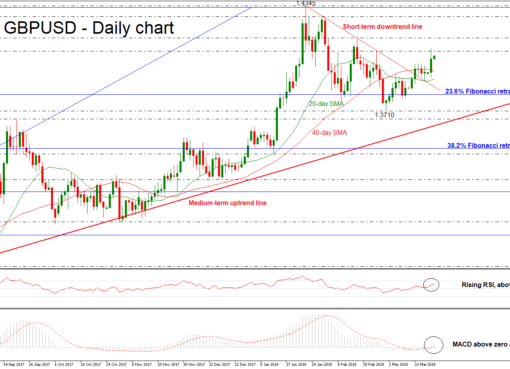