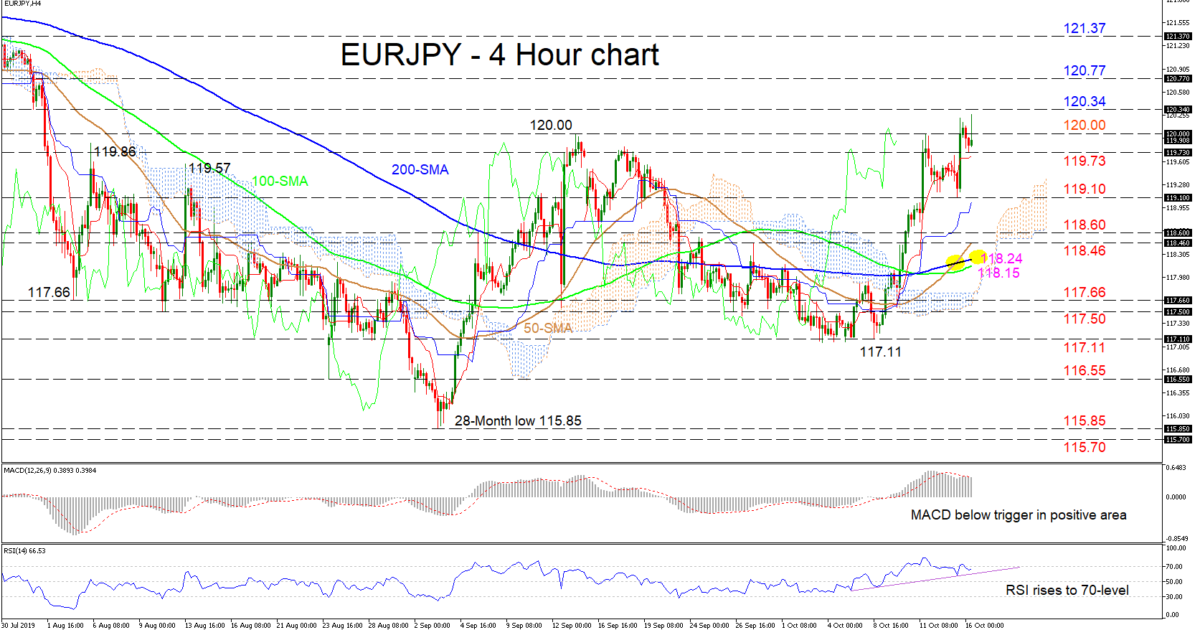 EUR/JPY buyers are in the process of re-testing the 120.00 resistance level after a slight correction moved the price beneath it. The Tenkan-Sen line has distanced itself above the Kijun-Sen line indicating that the rally that commenced on October 8 is intact, and another push higher cannot be ruled out.

The short-term oscillators also concur with a positive view. The MACD – although below its red trigger line and deep in positive territory – looks to be moving back above it, while the RSI is pointing upwards above the trendline, attempting to reclaim the 70-level. Reinforcing the positive outlook is the upward sloping 100-period SMA, which seems to be nearing a bullish crossover of the 200-period SMA, while the 50-period has already done so.

If the bulls retake control and manage to move back above the 120.00 level of September 13, the inside swing low of 120.34, from July 31 could apply some downside pressure. Overcoming this, the pair could rally to encounter the 120.77 resistance before another climb higher pushes for a test of the 121.37 level from July 30.

To the downside, sellers could come across initial support from the nearby low of 119.73 and the Tenkan-Sen line. Dropping lower, the price could come to rest at the swing low of 119.10. If the selling continues, the support region of 118.60 to 118.46 where the 50-period SMA also lies, may challenge the bears.

In brief, the short-term remains bullish. However, a decisive move above 120.00 would shift the medium-term bias to bullish, while a move below 118.60 could bring back a neutral picture. 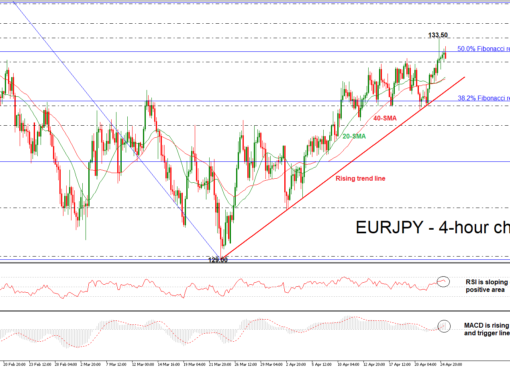 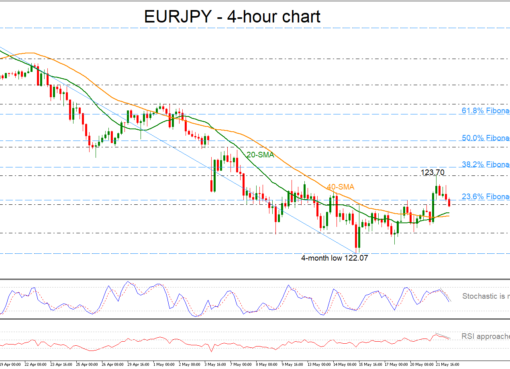 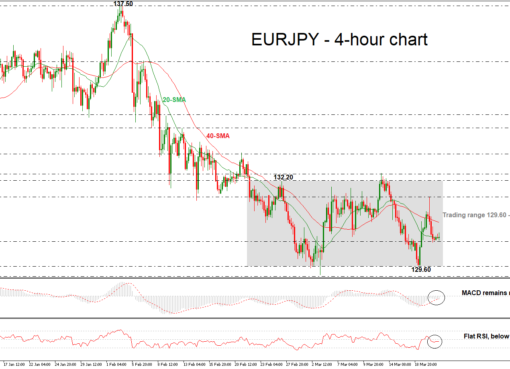