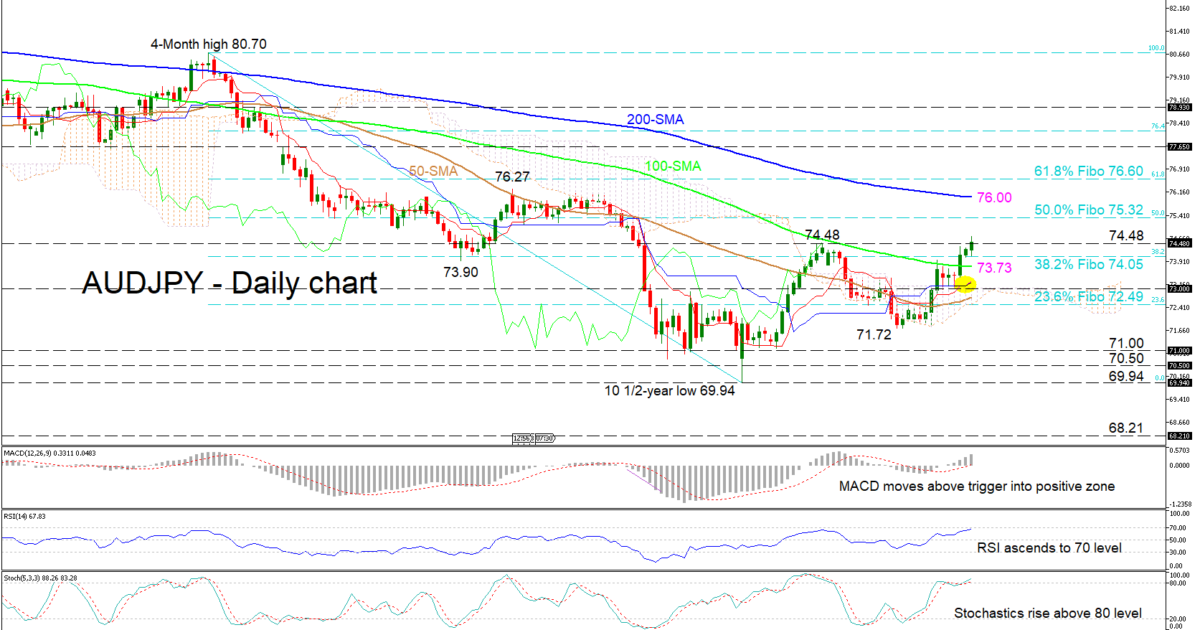 AUD/JPY buyers are currently encountering a crucial resistance level at 74.48, after surpassing the Ichimoku cloud. Backing the short-term positive picture is the 50-day simple moving average (SMA) which has adopted an upwards-sloping demeanor and the Tenkan-Sen which has fulfilled a bullish crossover of the Kijun-Sen line.

Also supporting the improving positive outlook are the signals from the short-term oscillators. The stochastics have ascended into the overbought zone but the %K has yet to cross below the red %D line, suggesting that potential advances are still in place. Moreover, the MACD has distanced itself into the bullish territory and above its red trigger line, while the RSI is approaching the 70 level.

Summarising, the short-term bias is looking positive, with a decisive move above 74.48 awaited to shift the view from neutral to positive. In the medium-term picture, traders would resume positive sentiment above 76.60. 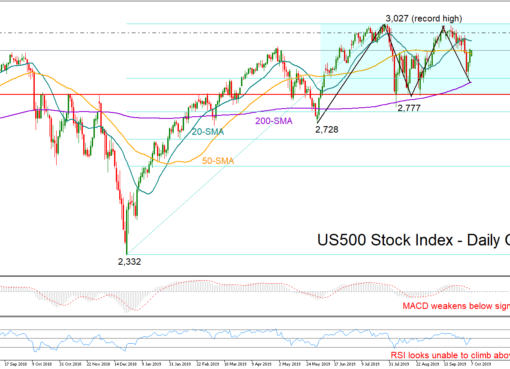 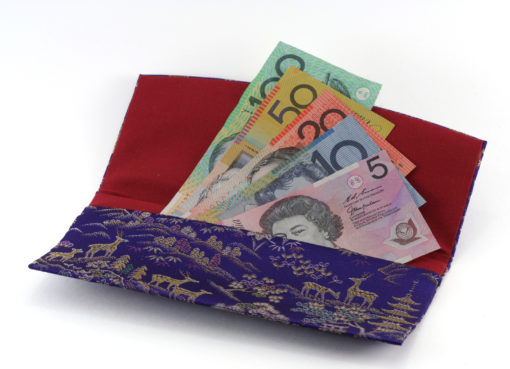