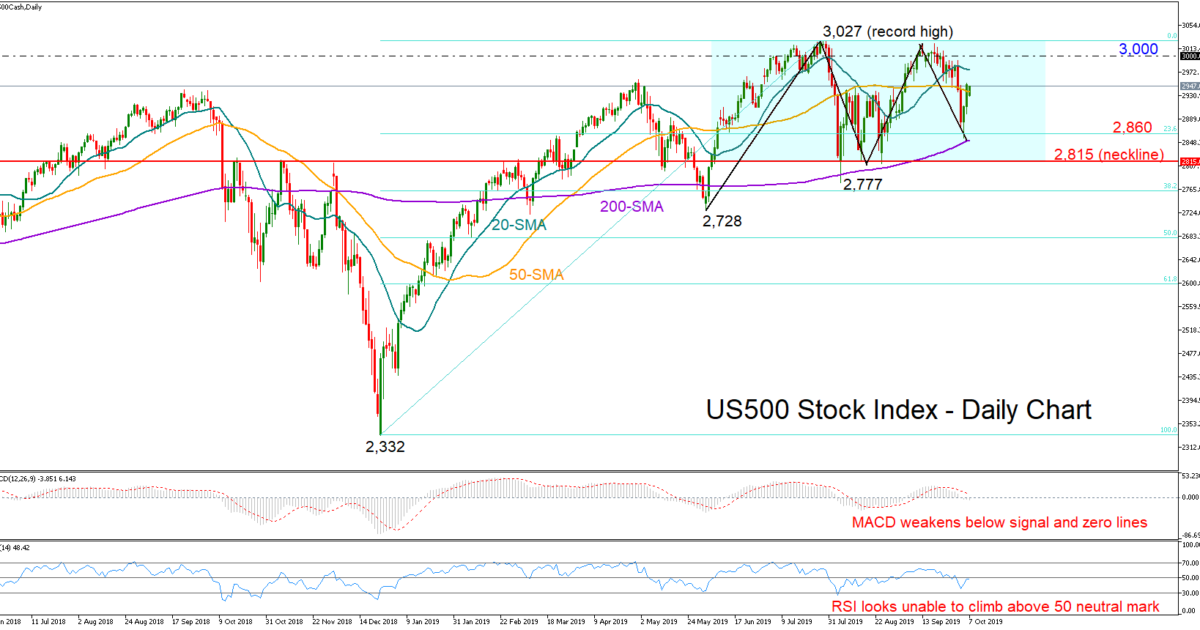 AUD/JPY’s drop seems to have lost steam near the lower boundary of the Ichimoku cloud. Sellers re-took control around 74.05, which is the 38.2% Fibonacci retracement of the down leg from 80.70 to 69.94. The price was also capped underneath the 100-day simple moving average (SMA), which is in line with the negative outlook.

Momentum oscillators are falling in line with the bigger bearish picture reflected by all SMAs. The MACD has remained below its red trigger line and continues to decline into the negative territory, while the RSI -already in bearish regions- heads back down. Noteworthy is the flat Tenkan-sen and Kijun-sen lines, which warn of a shift if bulls pick up.

If the bears penetrate out of the Ichimoku cloud, the drop could initially test the 71.00 psychological number ahead of the 70.50 support. If the sell-off continues, the 69.94 multi-year low comes under pressure and if overrun, this would breathe new life into the negative picture, pushing the price to test the support of 68.21.

Summarising, a break below 69.95 would confirm the short- and medium-term bearish bias. However, a shift back above 76.27 could turn the stance back to neutral. 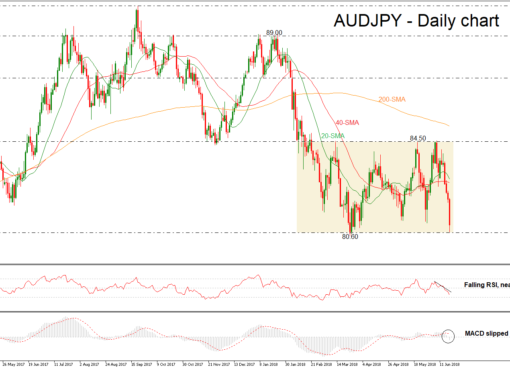 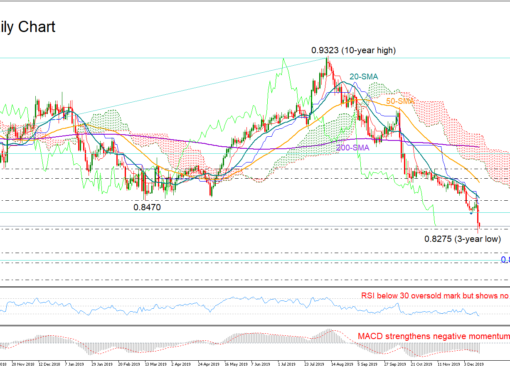 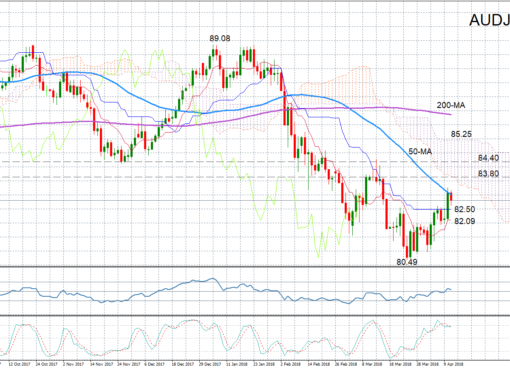