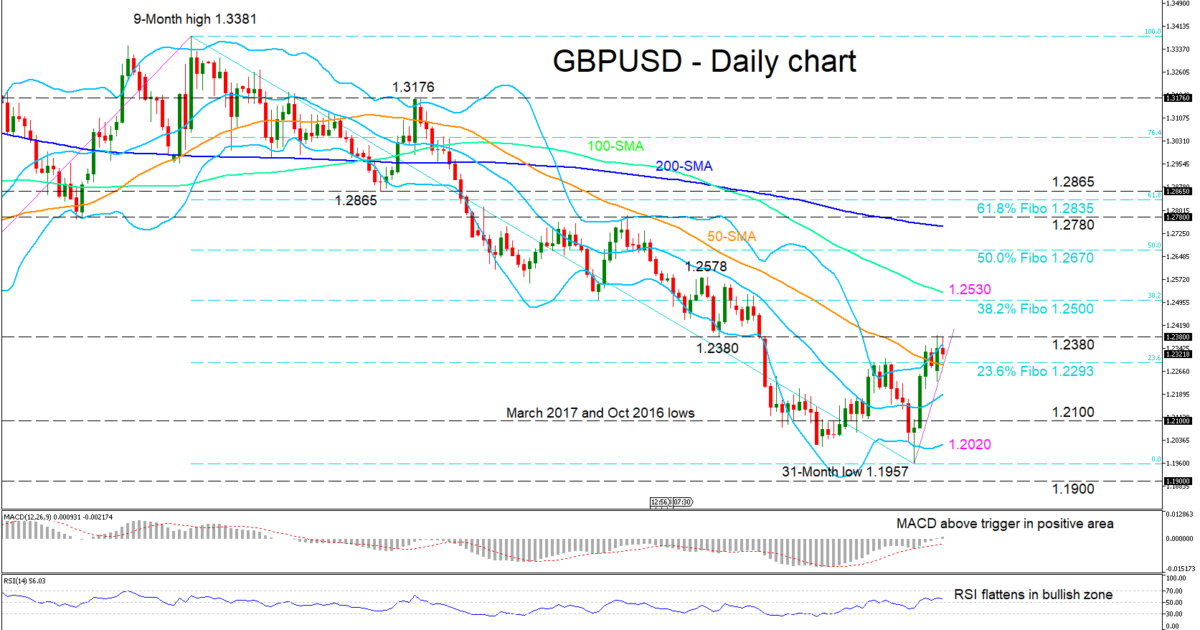 Dwindling positive momentum suggests that the price could adopt a short-term sideways approach as the MACD has risen slightly above zero into the positive territory, after distancing itself from its red trigger line, and the RSI is flat hovering in the bullish area.

Traders need to be aware of the bigger bearish sentiment from the downward sloping SMAs, which are like a black cloud hovering above.

If the 1.2380 resistance holds and the bears slip below the 1.2293 level, which is the 23.6% Fibo and where the 50-day SMA lies, the price could stagger towards the mid-Bollinger band ahead of the 1.2100 support. Dropping further, the lower-Bollinger band at 1.2020 could interrupt the move to test the recent low of 1.1957. Extending below the trough, the sellers could reignite the medium-term bias, opening the door for the 1.1900 level.

Summarising, a bearish picture persists in the short and medium-term. A close above 1.2578 could turn the short term to neutral, whilst above 1.2780 would be required for the medium term. 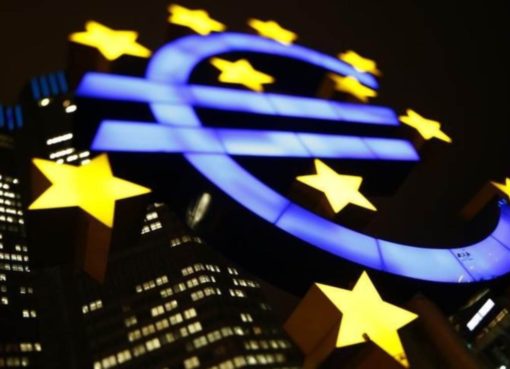 No change in the ECB horizon 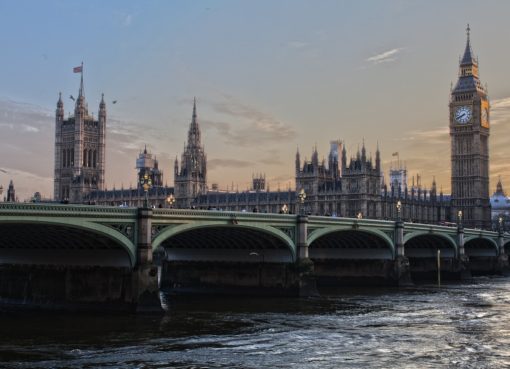 UK’s PM May balancing between camps 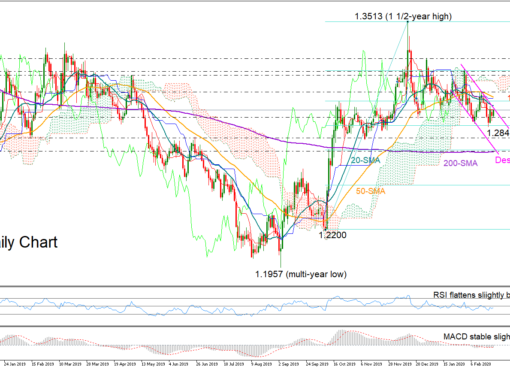