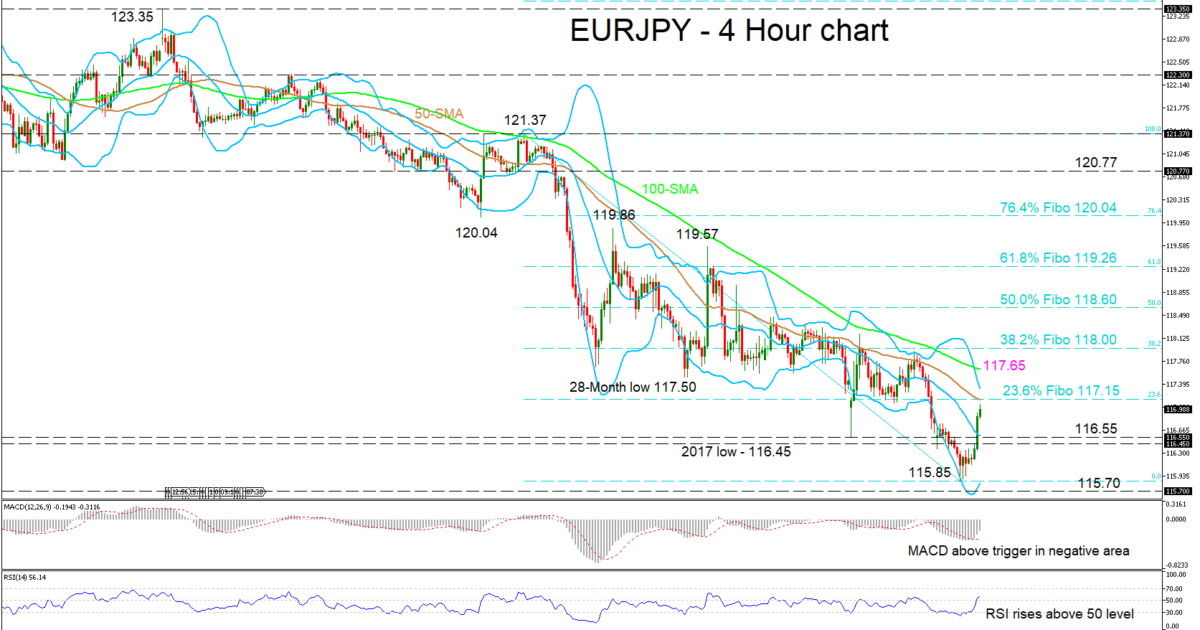 EUR/JPY bulls took back five days of extended losses which stretched below the 2017 low of 116.45, moving the price above the mid-Bollinger band.

The momentum indicators also reflect an increase in bullish directional momentum in the very short-term. The MACD has distanced itself above its red trigger line in the negative region, while the RSI moved out of the oversold area and crossed the 50-neutral level into bullish territory. Another bullish signal occurred as the price moved above the mid-Bollinger band. Nevertheless, the downward sloping simple moving averages (SMAs) on the four-hour chart warn that the bigger negative picture overwhelms.

Summarising, the medium-term bearish sentiment wins the battle. To turn the picture to neutral, the bulls would need to shift above 120.04, but overcoming 121.37 could confirm it. 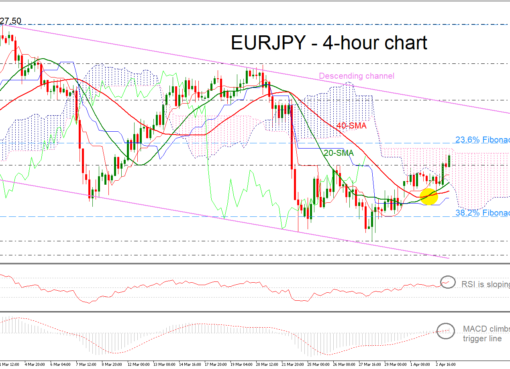 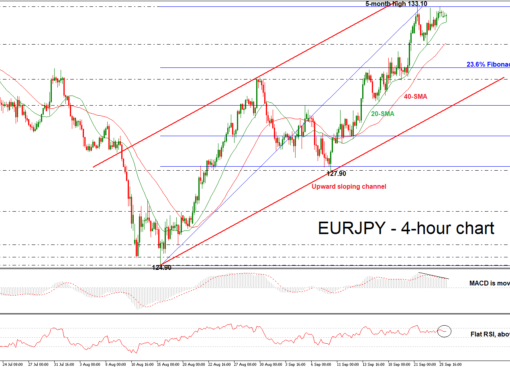 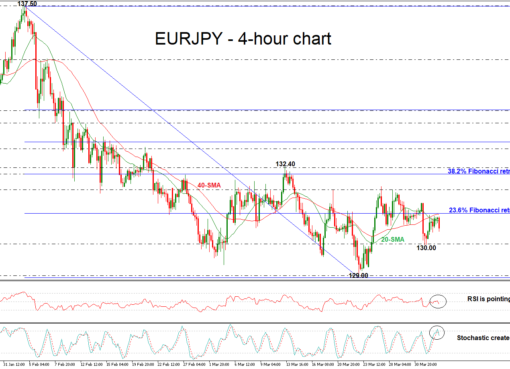