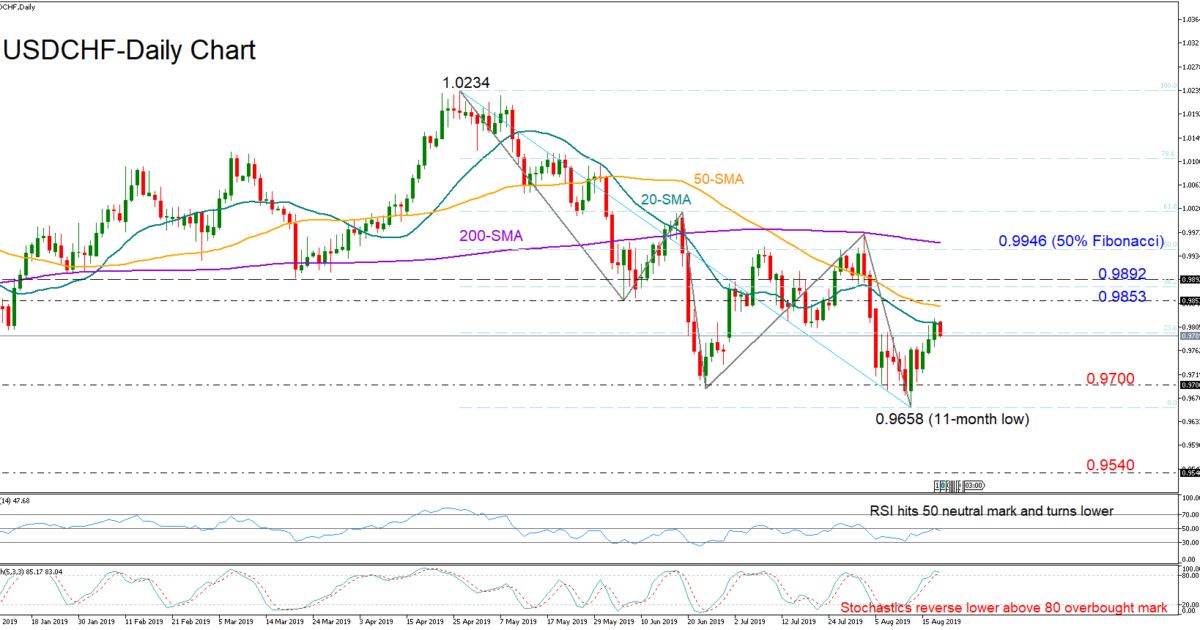 USD/CHF rebounded from an 11-month low of 0.9658 last week to pierce the 20-day simple moving average (SMA) on Monday. Still, the momentum indicators suggest that the market may lose steam in the short-term as the RSI seems to be pulling back from its 50 neutral level and the Stochastics are reversing lower in the overbought territory.

On the way down, the bears could take a rest near the 0.9700 round-level before challenging the 0.9658 level. If the decline continues, the downward pattern could hit new bottoms probably around the former 0.9540 strong level, turning at the same time the sentiment back to bearish as well. In case the latter fails to hold, 0.9430 could be the next level in the watch.

Meanwhile, in the medium-term, the lower lows and the lower highs over the past three months keep the view negative. The bearish cross of the 50- and the 200-day SMAs also alleviates hopes for an outlook reversal.

In brief, USD/CHF is expected to experience some weakness in the short-term, while in the medium-term the pair is also likely to hold bearish. 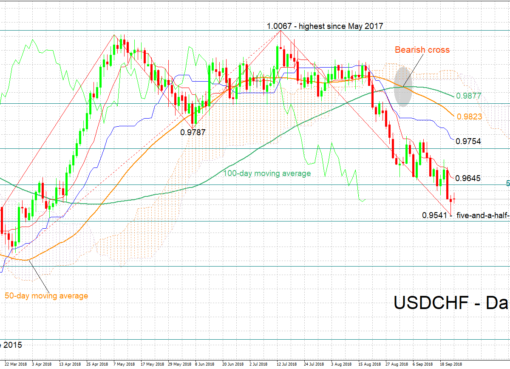 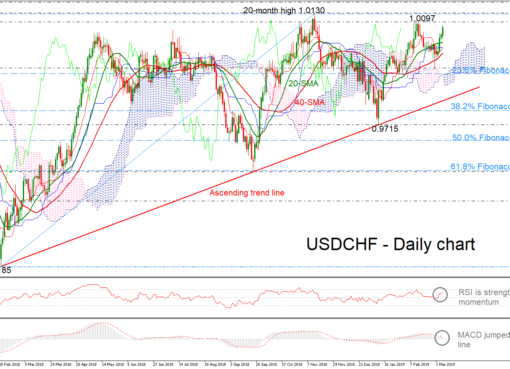