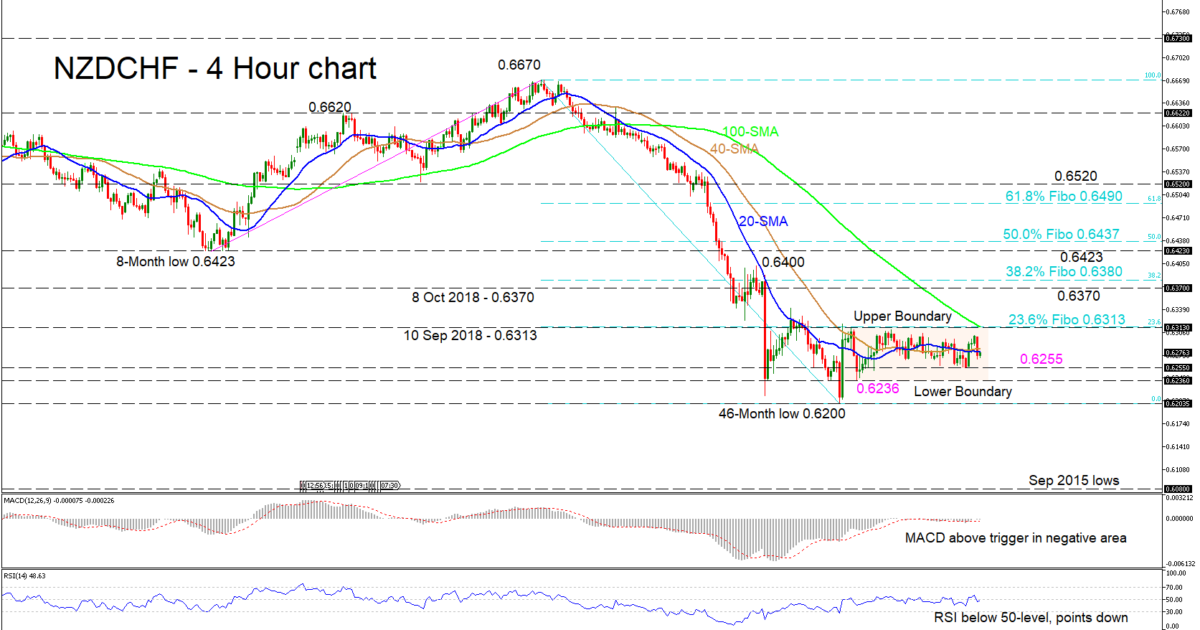 NZD/CHF bulls denied further downside momentum on August 13 pushing the price back up to 0.6313, which is the 23.6% Fibonacci retracement level of the down wave from 0.6670 to 0.6200, and into a short-term trading range.

The 20- and 40-period simple moving averages (SMAs) give no clear direction on the four-hour chart, whilst the 100-period SMA reflects the bigger bearish picture. Directional momentum has evaporated, with the MACD only slightly above its red trigger line and just below the zero level. The RSI has also marginally declined below the neutral level.

In a negative scenario, the price could find initial support at 0.6255 before testing the lower boundary of the short-term trading range at 0.6236. A move lower could see a revisit of the forty-six-month low of 0.6200, which is also a psychological level. If the bears dominate, the focus could shift to the September 2015 lows at 0.6080.

In a nutshell, NZD/CHF is waiting for a directional break either above 0.6313 or below 0.6236 in the very short-term. 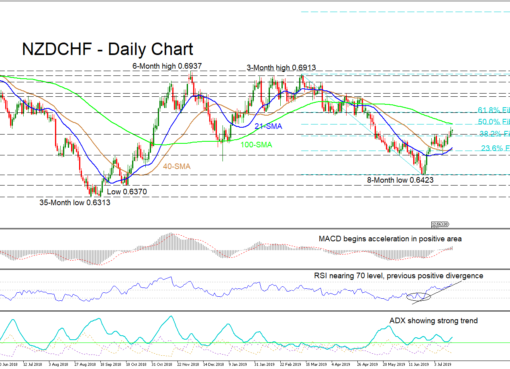