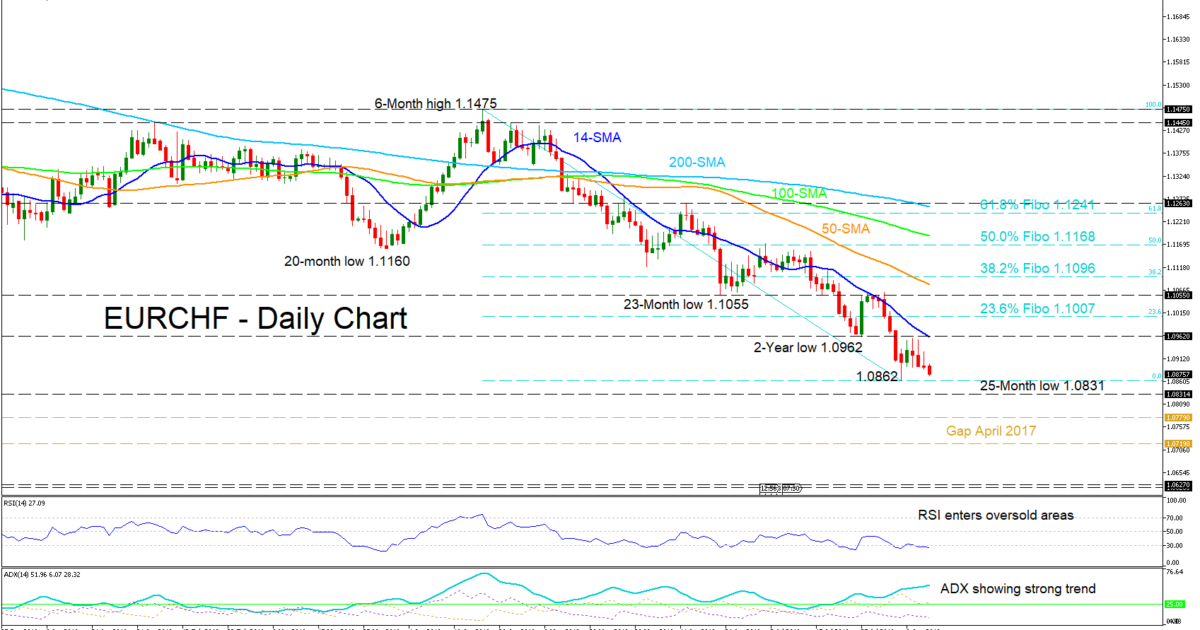 EURCHF’s steady decline seems to have one thing in focus: the gap of April 2017.

EUR/CHF bears continued registering lower lows over the last three-months, through levels not seen for around two-years. The move down fell 31 pips shy of the June 2017 low of 1.0831. The pair corrected slightly, and the bears are now having another go at a push lower.

The ADX is showing a very strong downward trend in place, whereas the RSI has re-entered the oversold area, marginally pointing down and further indicating strength in the push southwards. The simple moving averages (SMAs) view also concurs, as they are widening and falling suggesting that the negative direction may be here to stay for a while.

Heading lower, the bears would need to exceed the recently formed low of 1.0862 before driving past the 1.0831 level, which would make it a twenty-five-month low. If the selling interest remains, the price may approach and fill the gap created back in April of 2017, and only a stronger effort by the bears could see the 1.0630 – 1.0620 level unfold.

Summarising, the long- and short-term bearish bias prevails, but a close above the 1.1263 resistance and the 200-day SMA would turn the medium-term back to neutral. 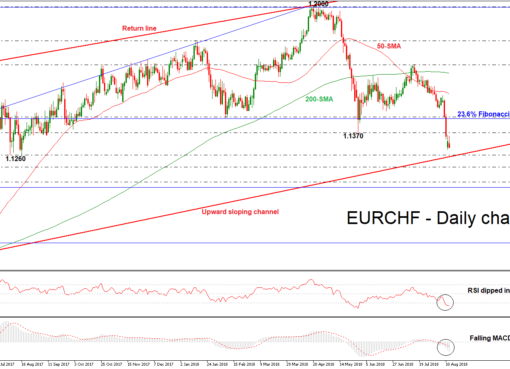 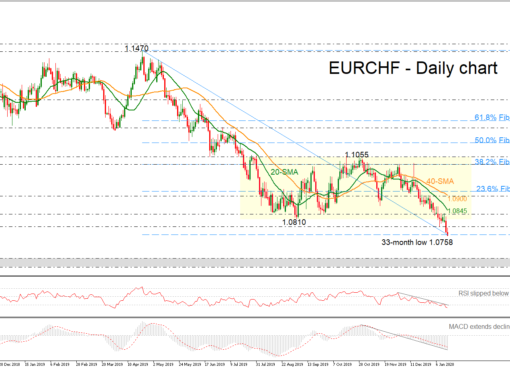 EUR/CHF tumbles towards a 33-month low 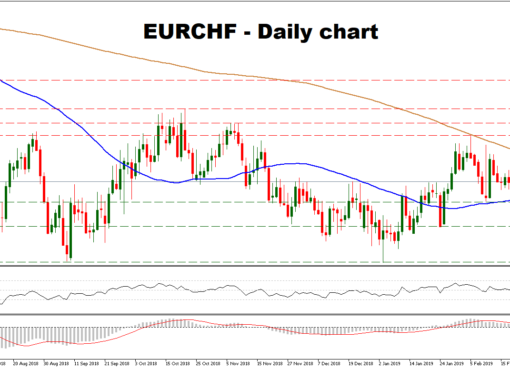