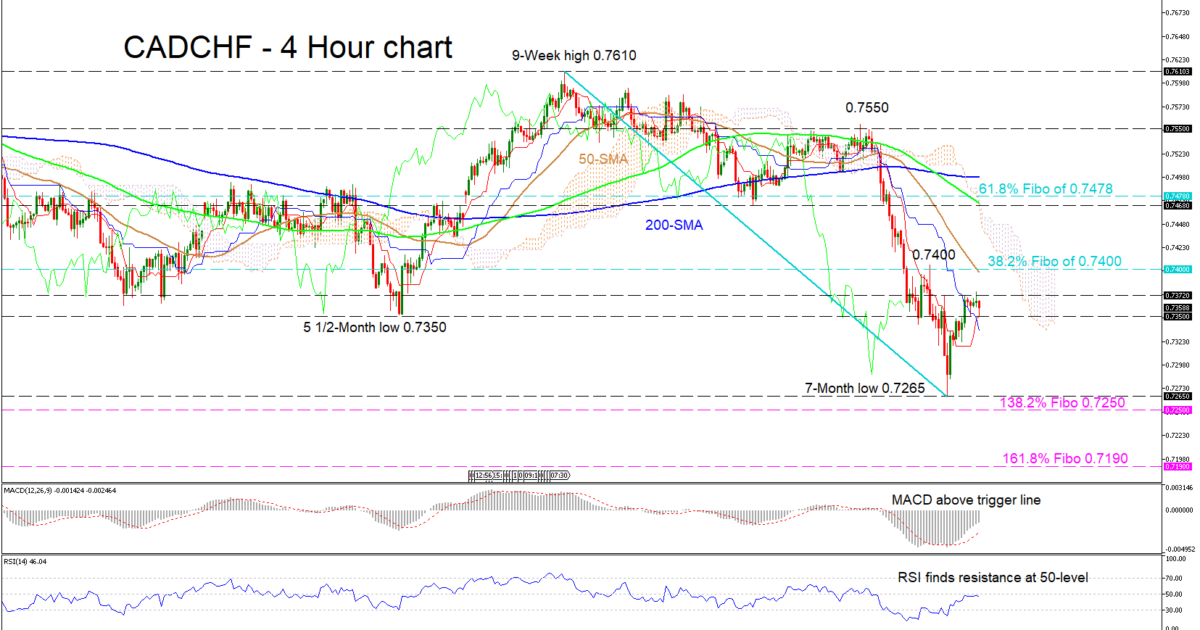 The momentum indicators show that the very short-term corrective move up may be losing steam. The MACD has started to flatten above its red trigger line, whereas the RSI could not break above the 50-level and hovers just beneath pointing slightly down. Despite the view, the RSI cautions for a reignited move south as confirmed also by the 50- and 100-day simple moving averages (SMAs) bearish cross of the 200-day SMA.

To the upside, if the price manages to close above the 0.7372 previous swing high, resistance could come from the 0.7400 psychological number, where the 50-day SMA and the 38.2% Fibo lie. If the bulls take the wheel, the inside swing low of 0.7468 may come into focus marginally below the 61.8% Fibo.

Summarising, the short-term outlook remains bearish, but a move above the 0.7400 level could turn it back to neutral.