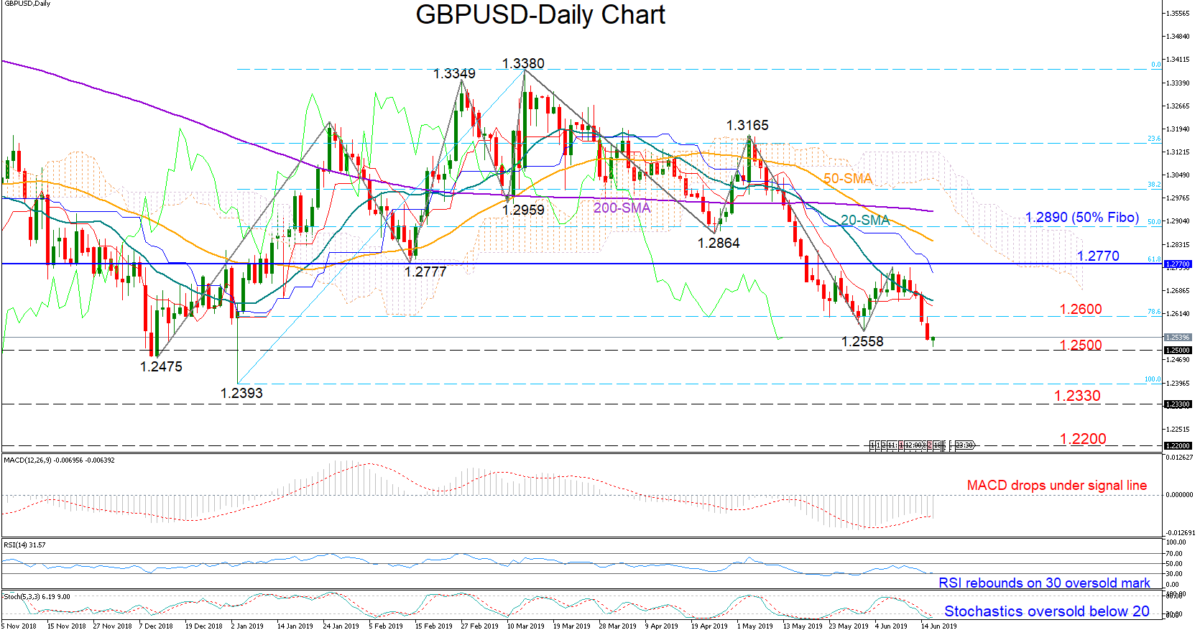 GBP/USD revives downtrend; bearish in the short and medium-term.

GBP/USD reactivated the downtrend started from the 1.3380 level to reach a fresh six-month low of 1.2510 on Tuesday. Technically, the pair could lose further momentum as the MACD is crossing below its red signal line. However, with the RSI rebounding on its 30 oversold level and the Stochastics set for a bullish cross under 20, upside corrections cannot be ruled out in the very short-term.

The area between 1.25 and 1.2475 could be closely watched if the market extends on the downside. Breaking that barrier, all attention will shift to 1.2393, the lowest price recorded since April 2017, while another step lower could test the 1.2330 number, a former restrictive level. Should bearish pressure continue, increasing speculation over a more persisting downtrend, support could run towards the 1.2200 psychological level.

In the medium-term timeframe, the bearish outlook deteriorated following the drop under the previous trough of  1.2558. A rally above 1.2890 would put the market back to neutrality, though with the 50-day SMA weakening under the 200-day SMA, such a case may come later than sooner.

In brief, GBP/USD is facing a negative risk both in the short and the medium-term. 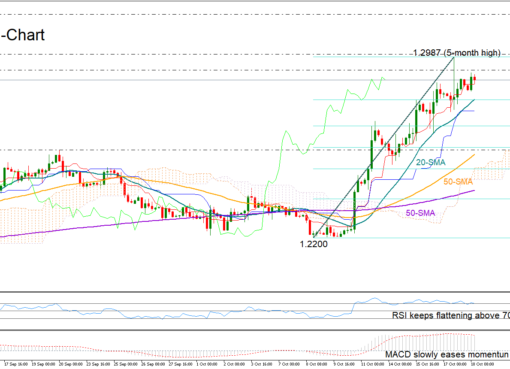 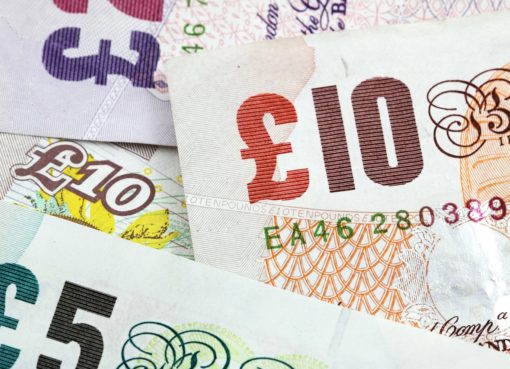