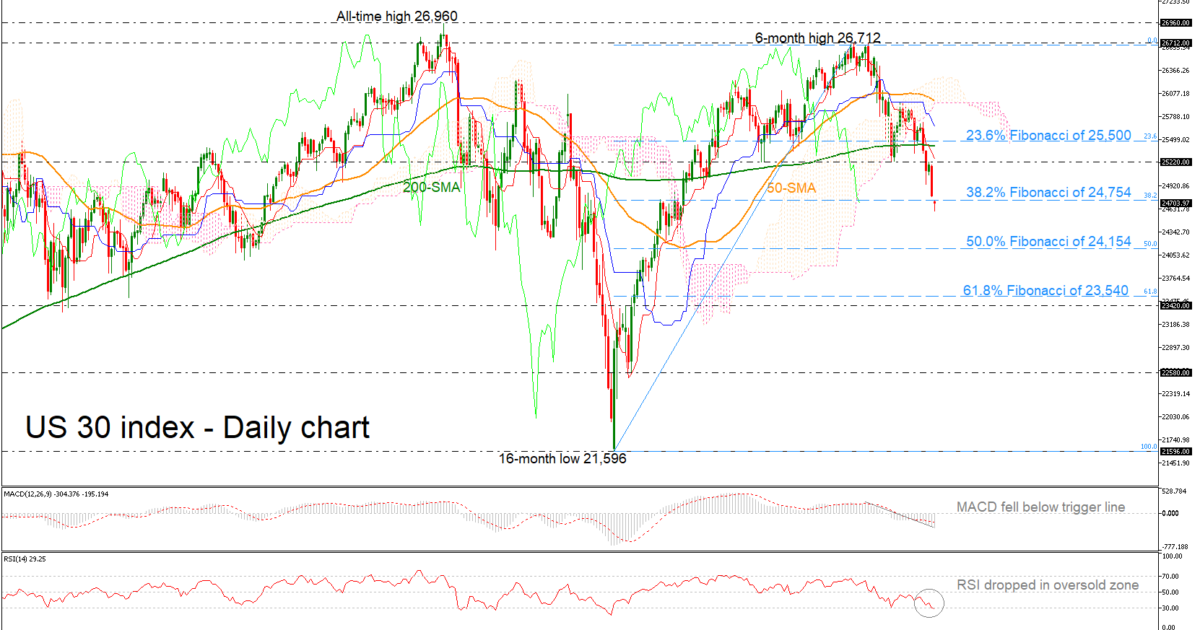 The Dow Jones 30 index futures opened with a negative gap today below the 38.2% Fibonacci retracement level of the upward movement from the 16-month low of 21,596 to the 6-month high of 26,712 near 24,754. The index is on the back foot, recording more than four-month low (24,606), and the technical indicators suggest that the market could ease a little bit more in the short-term; the MACD is falling in the negative zone, while the RSI looks to be losing momentum near the oversold area.

In case of a correction lower, major support may be initially found near 24,154 which is where the 50.0% Fibonacci is currently located. Falling lower towards the 61.8% Fibonacci of 23,540, the medium-term picture would shift from bullish to neutral, while a drop under this significant region could endorse a bearish structure.

Summarising, in the near-term, the momentum indicators point to a possible bearish movement if the price fails to pare today’s gap. 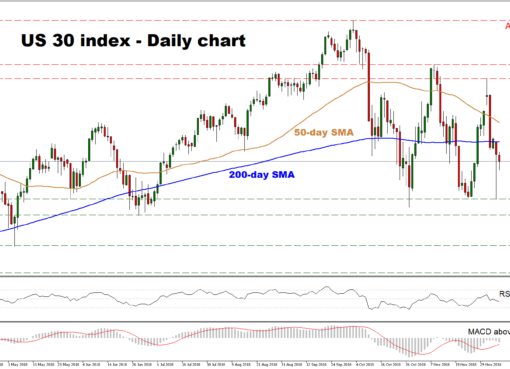 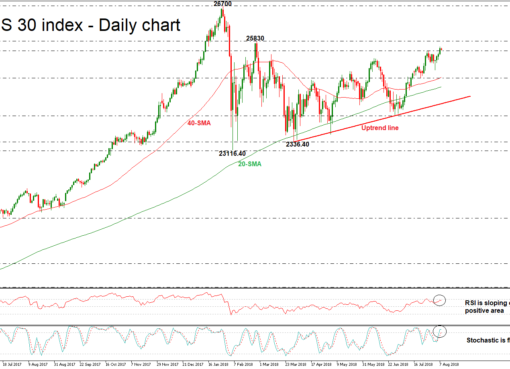 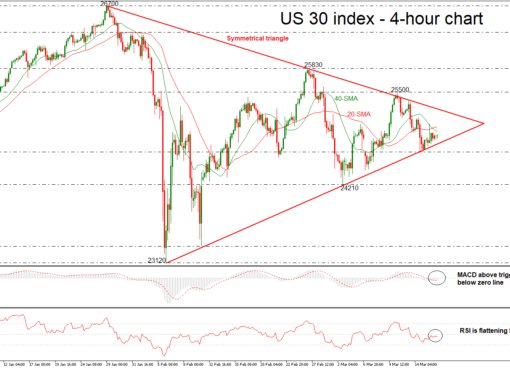