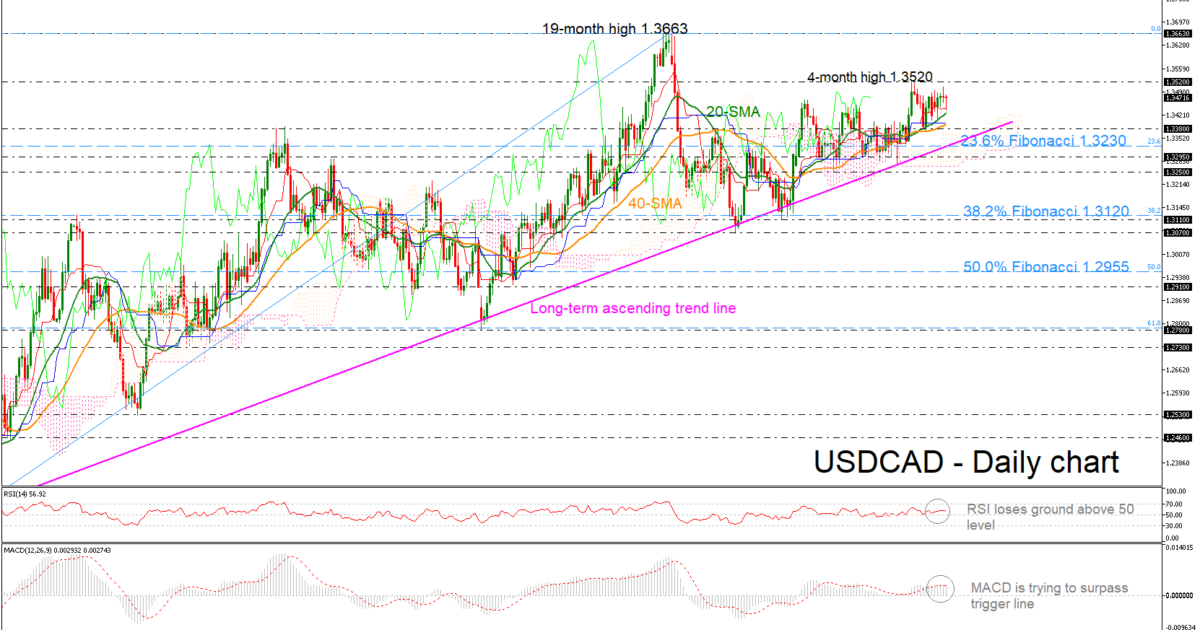 USD/CAD rebounds on the 20-day SMA but indicators look weak.

USD/CAD rebounded on the 20-day simple moving average (SMA) several times in the preceding sessions, but it still remains below the four-month high of 1.3520. The risk is currently viewed as bullish-to-neutral as on the one hand, the RSI seems to be changing direction southward to meet the 50 neutral level, but the red Tenkan-sen is on a sideways move above the blue Kijun-Sen and the MACD is trying to strengthen above its trigger line.

Otherwise, the 20-day SMA at 1.3430 could be watched in case of a negative correction. Should there be additional losses, the next support could be around the 1.3380 restrictive level, which stands near the 40-day SMA. A failure to hold above that number could then lead the price towards the 23.6% Fibonacci retracement level of the up leg from 1.2250 to 1.3663 around 1.3230, breaking the long-term ascending trend line.

In the long-term picture, USD/CAD is strongly positive as long as the pair trades above the 16-month ascending trend line. Traders should wait for a daily close above 1.3520 for more bullish actions. 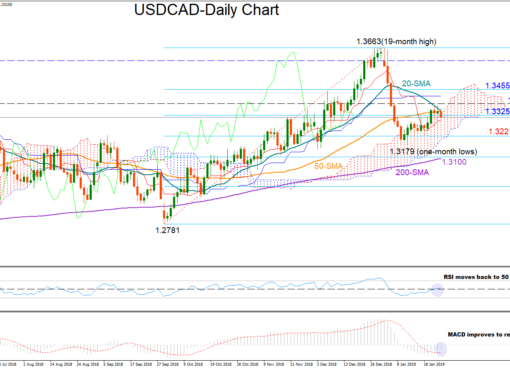 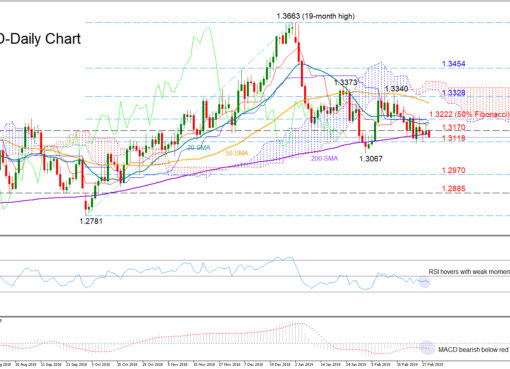 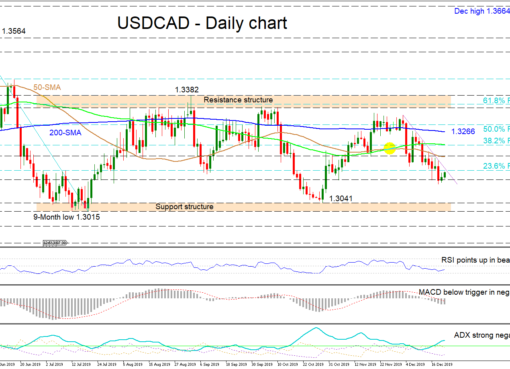