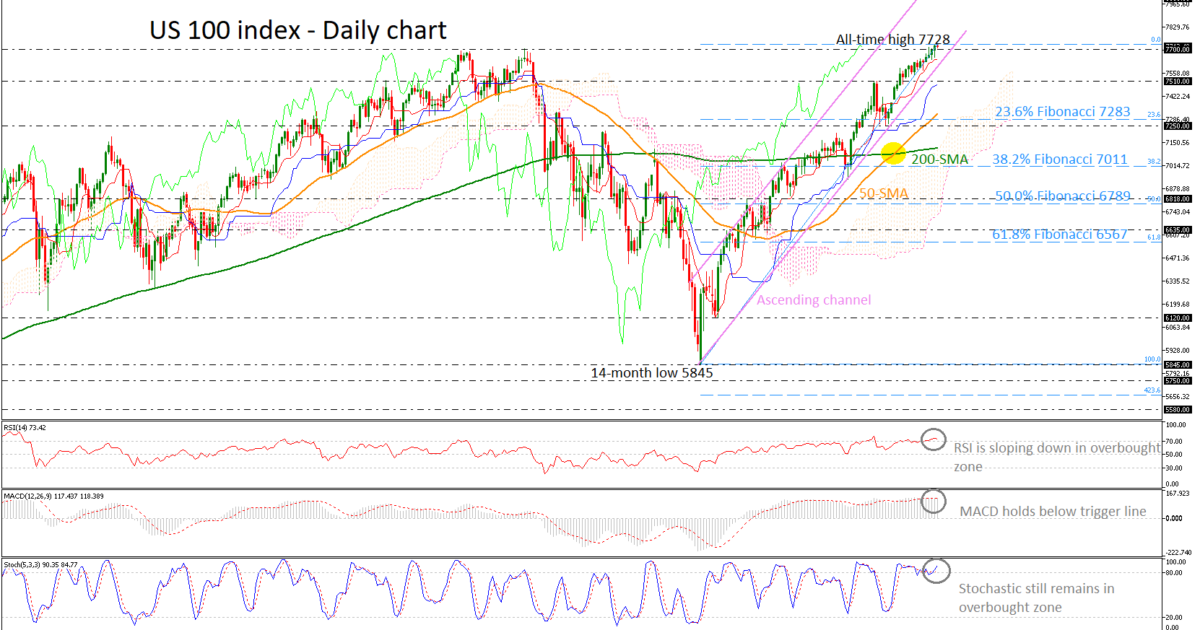 The NASDAQ 100 index surged to a fresh all-time high of 7728 earlier today, confirming the recent significant bullish tendency in the medium- and long-terms and remaining inside the ascending channel following the rebound on the 14-month low of 5845 on December 2016.

However, the technical indicators seem to be overstretched, suggesting a possible downward correction could be near. Specifically, the RSI is turning lower in the overbought territory, while the trigger line is slipping well above the zero level.

On the other hand, the stochastic oscillator is still developing above 80 and is sloping upwards, signaling more gains in the short term.  It is worth mentioning that the 50- and 200-simple moving averages (SMA) completed a ‘golden cross’ in the near term, but the 200-SMA is flattening.

An extension of the upward tendency could be faced only if the index surges above the all-time high and find resistance at the 8000 psychological level.

Alternatively, if momentum indicators prove that a bearish retracement is near, immediate support would come from the lower boundary of the ascending channel near the red Tenkan-Sen line at 7637, while a move below that could see sellers challenging the 7510 level. Another sell-off could turn the bias to a more neutral one, opening the way for the 23.6% Fibonacci retracement level of the up leg from 5845 to 7728, near 7283, which stands near the 50-day SMA.

Overall, the near-term picture remains strongly positive, though a corrective pullback may be on the cards in the immediate term. 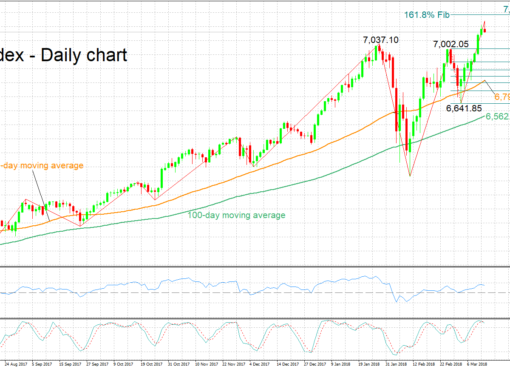 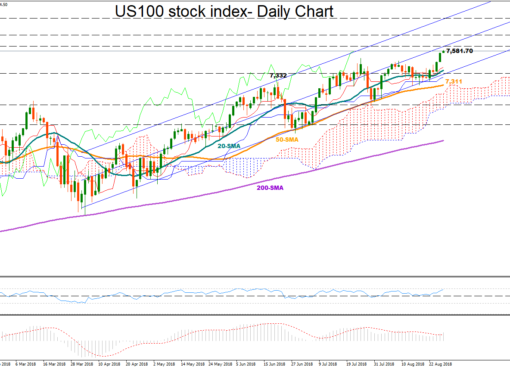 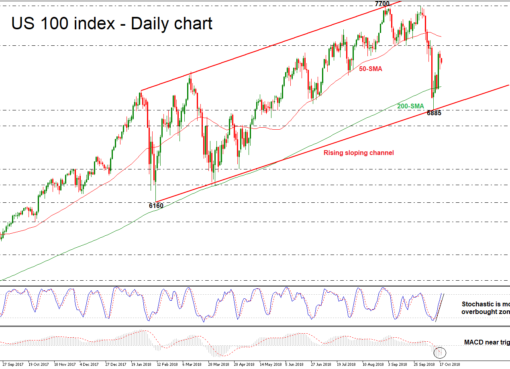