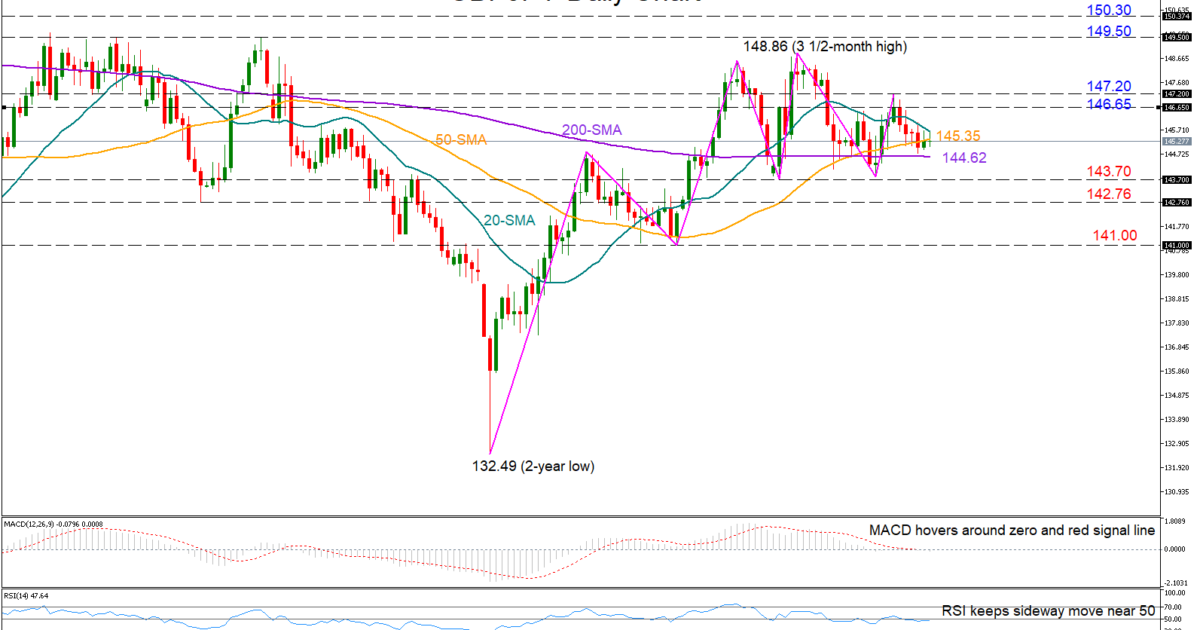 GBP/JPY has been on the sidelines this week and the current movement in the RSI and the MACD recommends that the short-term trading may continue to be uneventful as the former is still moving close to its 50 neutral level and the latter shows no clear direction near the zero and red signal lines.

Traders, however, remain cautious as the market has recently attempted to violate the upward pattern that started in early January by marking a lower high below the 3 ½ -month peak of 148.86 and at 147.20. A rebound below 143.70 and probably near 142.76 could be a negative confirmation sign that a downtrend may be on the way. Further down, support could run straight to the 141 round-level.

Alternatively, a reversal to the upside could initially pause around 146.65 before the 147.20 peak comes into view. An aggressive rally may also reach the 148.86 top, though only a decisive close above the 149.50 former strong resistance would shift the neutral outlook in the bigger picture to a positive one. In such a case, the next target could be the 2017-2018 frequently-tested area around 150.30. 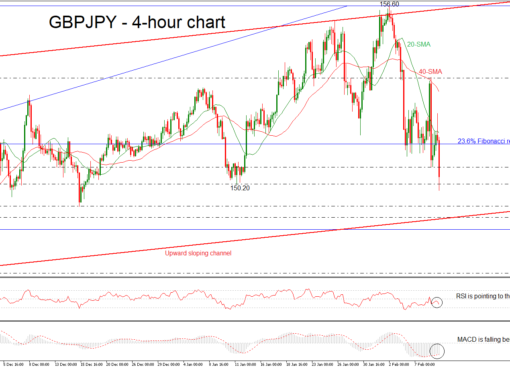 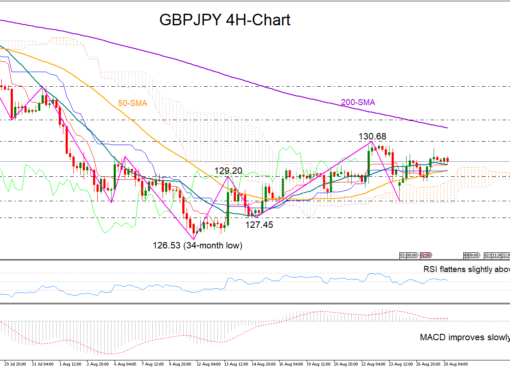 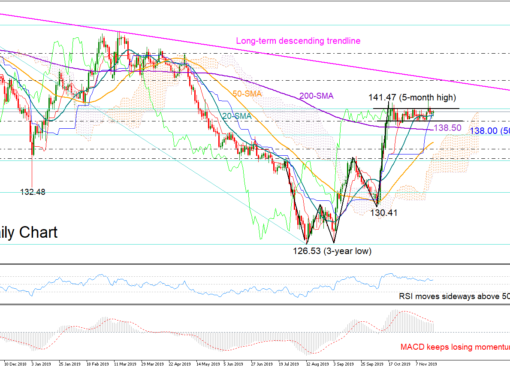