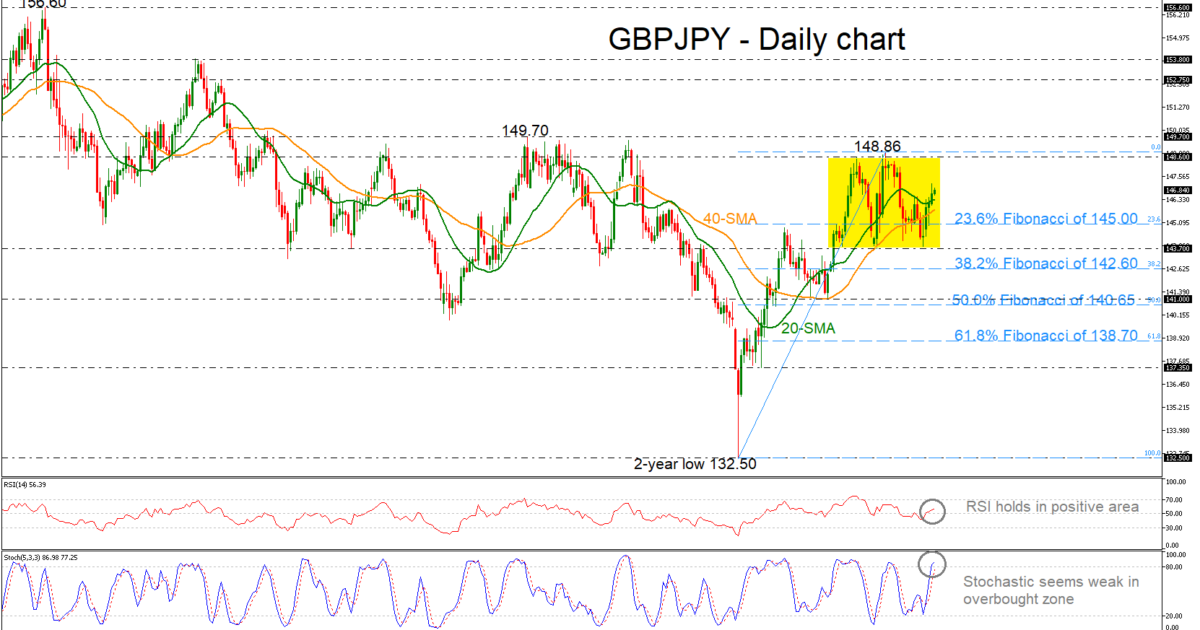 GBP/JPY jumps higher but remains within a narrow range in the near term.

GBP/JPY is looking bullish in the short-term narrow range, which has been holding since February 19, with upper boundary the 148.60 resistance and lower boundary the 143.70 support level. During yesterday’s trading session, the price successfully surpassed the 20- and 40-simple moving averages (SMAs) in the daily timeframe, improving the ascending move.

The stochastics are heading upwards, but they seem overbought, as the %K line is trying to turn downwards, signaling an overstretched market. The RSI has crossed into bullish territory but has yet to approach the 70 overbought level.

Immediate resistance to further gains would likely come from the upper boundary of the channel, around 148.60. This is also near the March 14 peak of 148.86 so this could prove a potentially difficult hurdle for the pair to overcome. If there is a successful break above this area, further resistance could be met around 149.70, which was a congested region since May of the previous year. Higher up, the March 2018 top of 152.75 would be the next target.

If, however, the upside momentum was to lose steam and the pair reversed lower, support would initially come from the 20- and 40-day SMA currently at 146.27 and 145.75 respectively. Slipping below these levels could take prices towards the 23.6% Fibonacci retracement level of the up leg from the two-year low of 132.50 to 148.86, near 145.00. Failure to hold inside the trading range and a drop beneath the 143.70 support would switch the focus back to the downside and attention would increasingly turn to the 38.2% Fibonacci of 142.60.

Looking over the market’s last year performance, the pair has been slightly bearish after the pullback on the 156.60 resistance level. 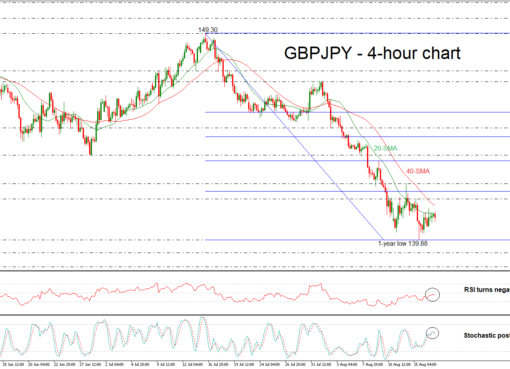 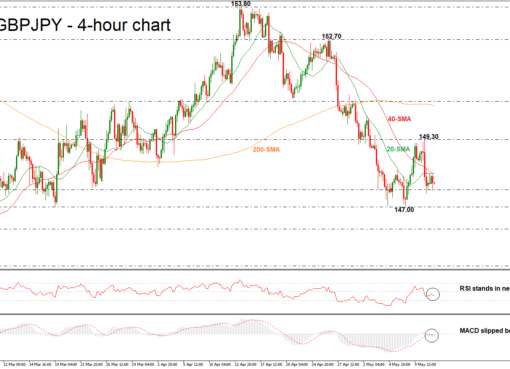 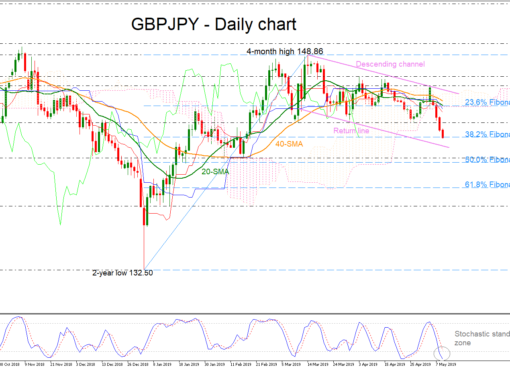