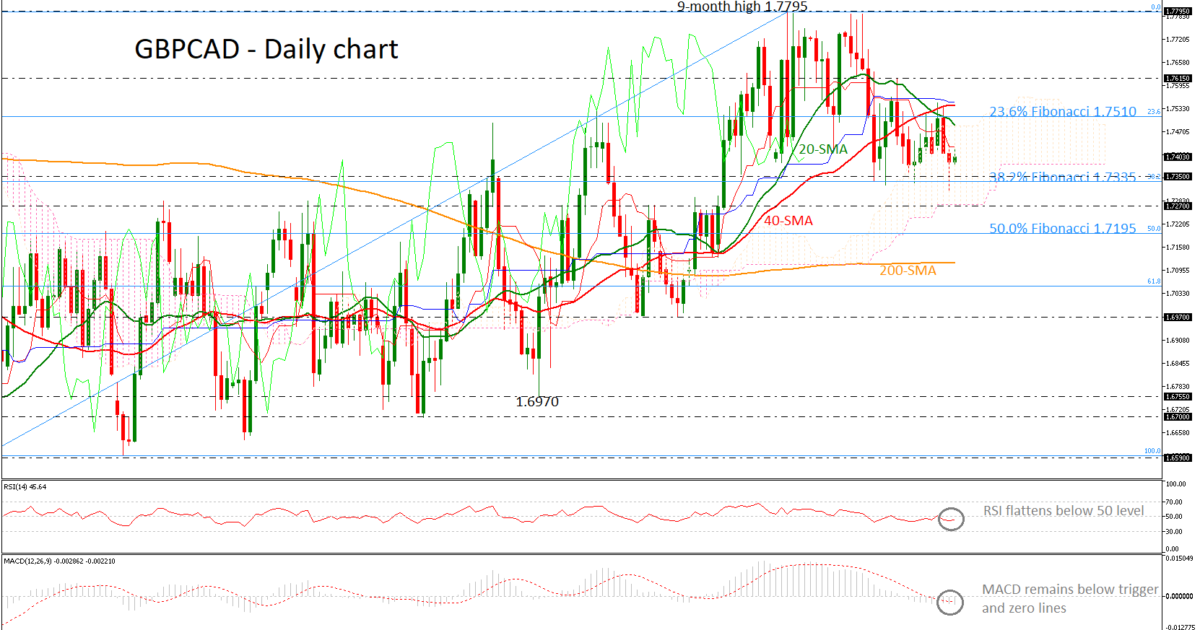 GBP/CAD touched the 38.2% Fibonacci retracement level of the up leg from 1.6590 to 1.7795 around 1.7335 once again, failing to decline further. Currently, the price is developing within the Ichimoku cloud, while the 20- and 40-simple moving averages (SMA) posted a bearish crossover in the preceding sessions. The RSI indicator is flattening, mirroring the market’s behavior over the last few days and the MACD is moving marginally below the trigger line in the negative area.

In case of increases, the price could meet the 20- and 40-day SMA, which currently stand around the 23.6% Fibonacci of 1.7510. More bullish actions could push the market until the 1.7615 resistance before resting near the nine-month high of 1.7795.

Alternatively, if the pair changes its short-term direction further to the downside, the bears would probably challenge the 1.7350 support and the 38.2% Fibonacci of 1.7335, which has been a congested area over the last month. A break lower could last until the 1.7270 level.

In brief, in the more medium-term picture, the slightly bullish correction shifted to a stronger positive tendency, however, it failed several times over the last sessions to post a higher high above 1.7795. 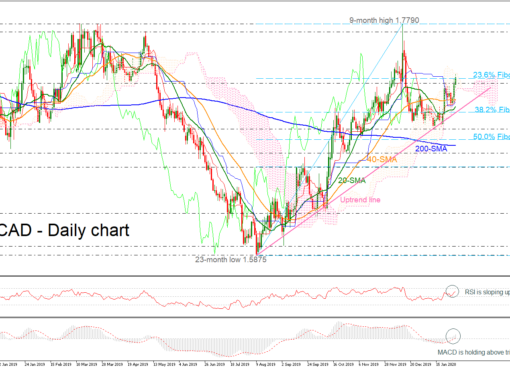 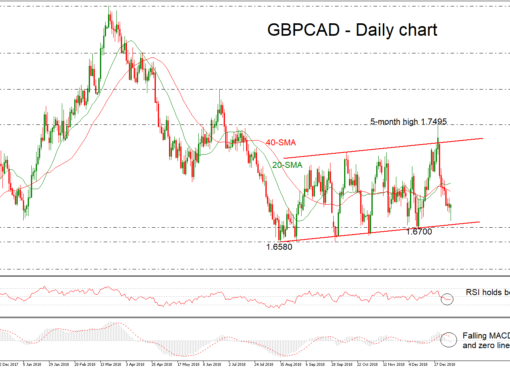 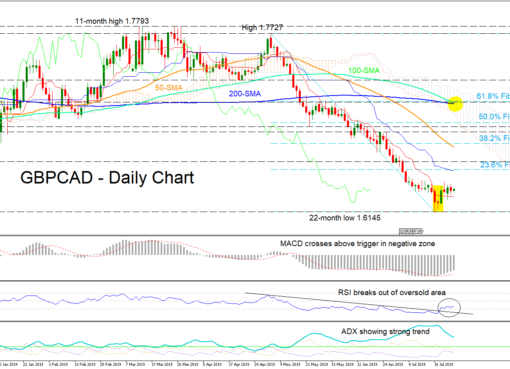