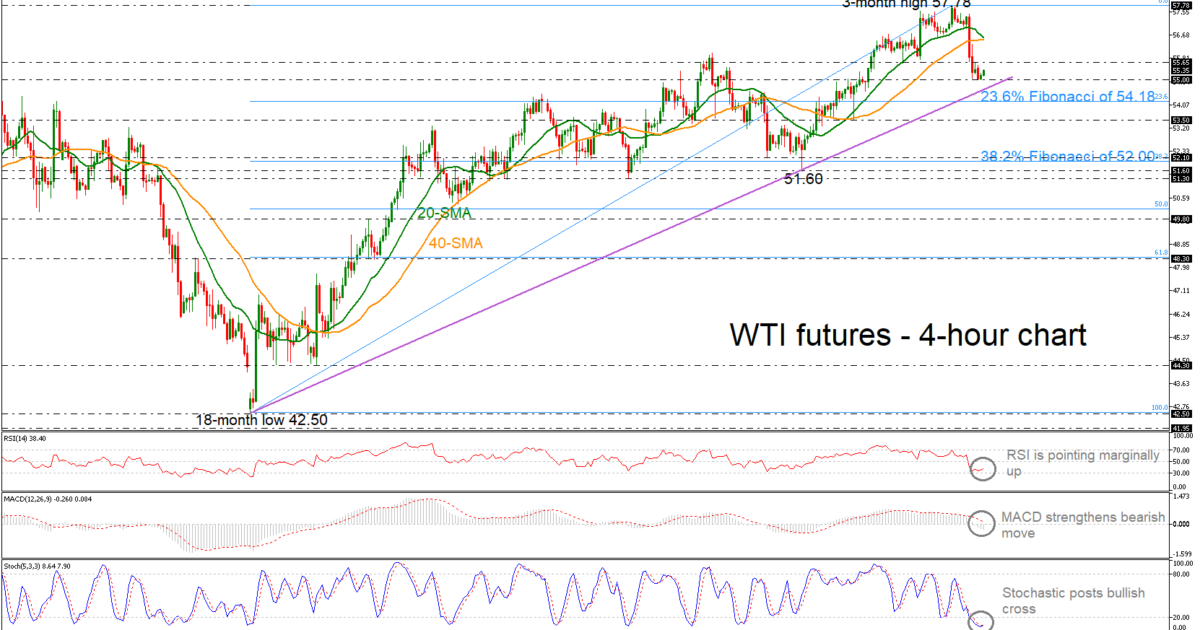 WTI crude oil futures are retreating sharply after the pullback on the three-month high of 57.78 that was reached on February 22. The 20- simple moving average (SMA) is ready to create a bearish crossover with the 40-SMA in the 4-hour chart, as the price is moving towards the short-term rising trend line, taken from the lows on December 26.

In the short-term timeframe, the RSI indicator is pointing slightly up in the negative territory as well as the %K line of the stochastic oscillator is posting a bullish cross with the %D line in the oversold zone, supporting the view for a possible upside correction. However, the MACD oscillator is keeping its downside momentum below the trigger and zero lines.

In case of a successful penetration of the diagonal line, oil prices would switch the bullish bias to a more neutral one, resting at the 23.6% Fibonacci retracement level of the upward movement from 42.50 to 57.78 around 54.18. More downside extension could push the price until the 53.50 support, while even higher it could touch the 52.10 level.

On the flipside, a bullish rally could find immediate resistance near 55.65, before re-touching the 20- and 40-SMAs currently at 56.50. More advances could drive WTI until the three-month high of 57.78.

Overall, the short-term bias is in a bullish correction mode after the rebound from the 18-month low. 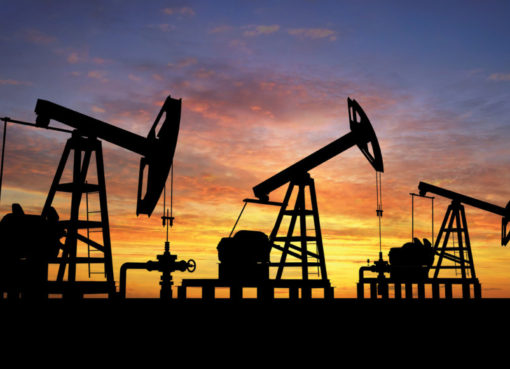 Oil makes a comeback, but will it last? 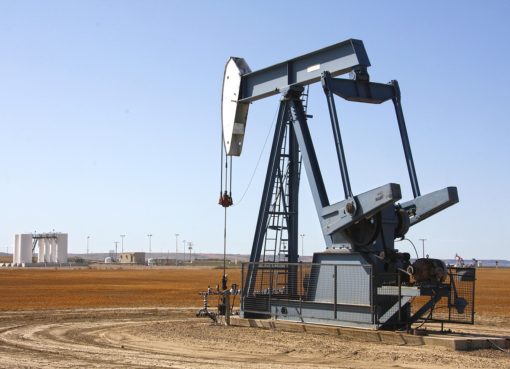 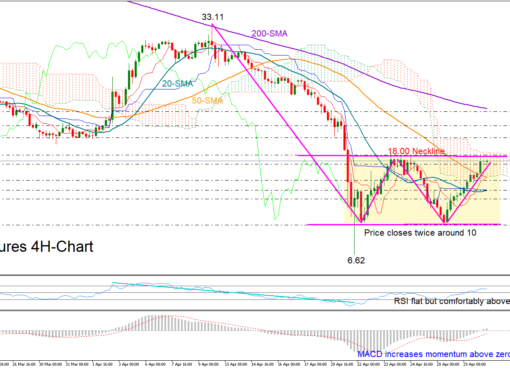 Is WTI oil futures in a bullish double bottom?