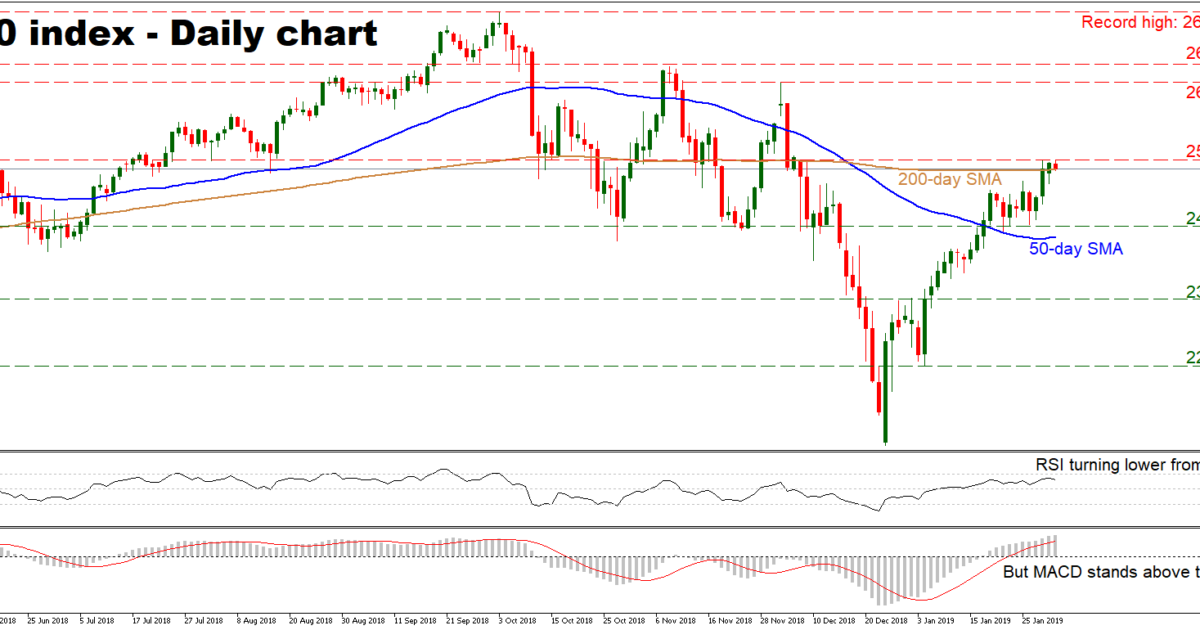 The Dow Jones 30 index (US 30) has continued to recover in recent sessions, managing to close above its 200-day simple moving average (SMA) on January 31. Combined with the fact that recent price action consists of higher highs and higher lows, the bias seems to have turned back to positive in the immediate term.

The RSI, though, suggests that a pullback may be on the cards, as it appears to have met resistance near its overbought zone and turned lower. The MACD, on the other hand, remains above its red trigger line.

A potential correction lower in the index could stall around the 24,300 level, which capped multiple declines in late January. Notice that the 50-day SMA is not far below, at 24,168. If the bears break below that too, the picture would turn back to negative, opening the way for a test of 23,400, the inside swing high on December 28.

Otherwise, if buyers stay in control, preliminary resistance may come near 25,120, which halted the advance on January 30. An upside break could reaffirm the positive bias, giving the bulls the green light to challenge 26,080, the peak of December 3.

Summarising, the short-term picture seems positive at the moment, though a corrective wave lower shouldn’t be ruled out as the next move given the RSI’s slope. 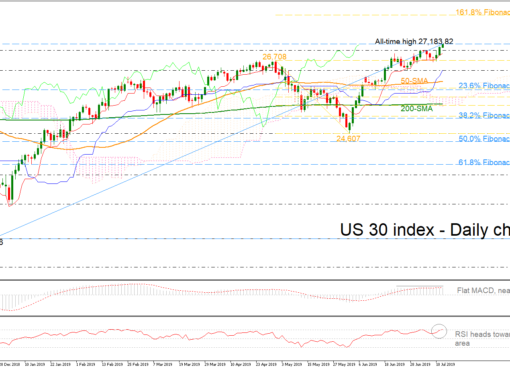 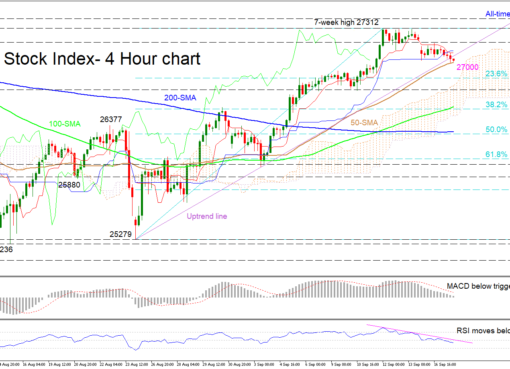