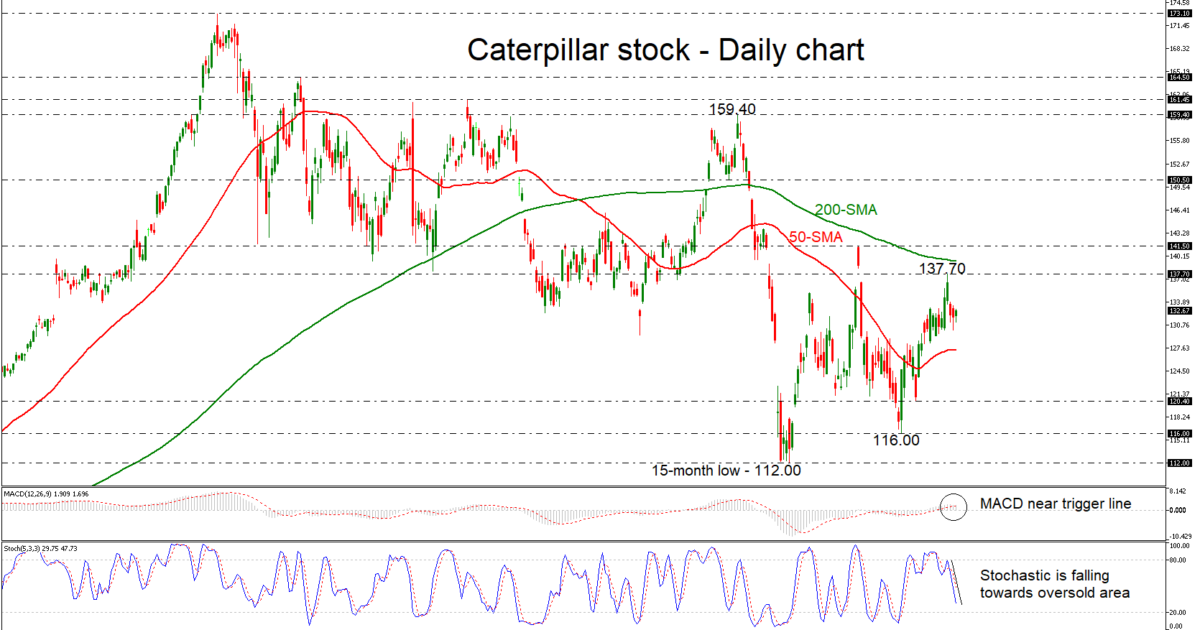 Caterpillar stock builds a base within SMA; bearish in the long-term.

Caterpillar stock price came under pressure in a previous couple of sessions, falling back below its 137.70 resistance level. Looking at momentum oscillators on the daily chart though, they suggest further declines may be on the cards in the short-term. The stochastic oscillator is approaching the oversold area, detecting negative momentum, and is also pointing downwards. The MACD is ready for a bearish cross with its trigger line in the positive zone.

Should the price decline, it could meet support at the 50-day simple moving average (SMA) around 127.40. Then a leg below that level, the stock could hit the 120.40 level before the attention shifts to 116.00, the lowest level reached since December 26.

However, if the market manages to pick up speed, the 137.70 resistance could offer nearby resistance ahead of the 200-day SMA which currently stands at 139.43. A significant run above this barrier would open the way towards the 141.50 level, raising chances for further increases.

In the long-term, the outlook remains negative since prices bounced off the 173.10 resistance and have been creating lower lows and lower highs.