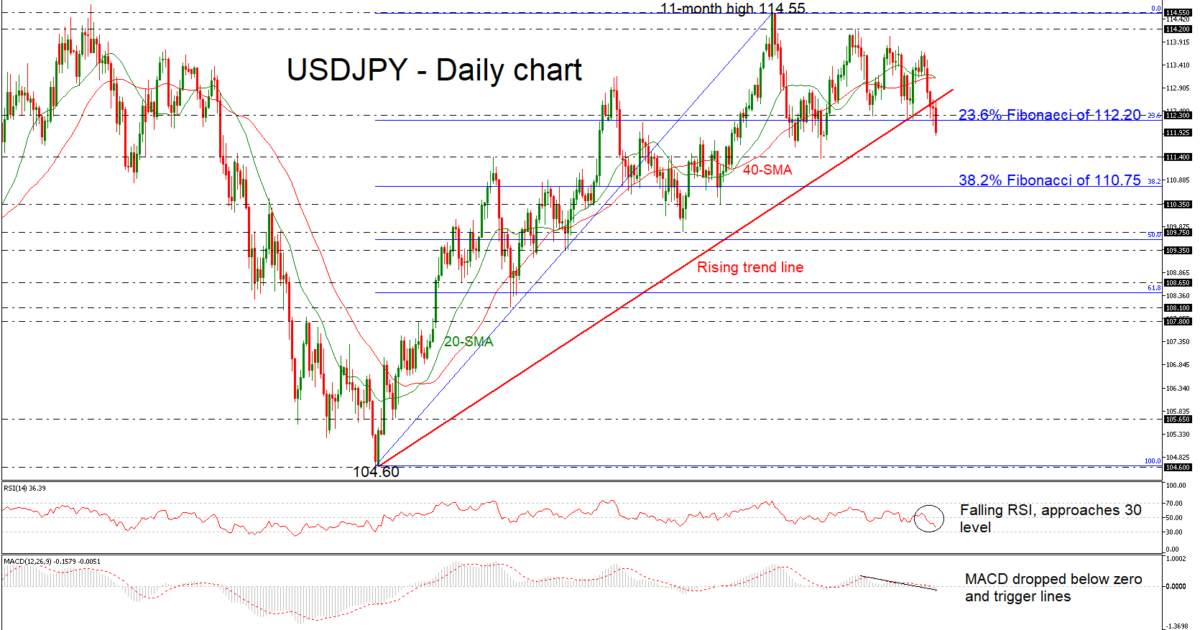 USD/JPY declines to a 3-week low; shifts the medium-term outlook to neutral.

USD/JPY extended its losses early on Thursday and is set to complete the fifth consecutive red day. The pair plunged below the ascending trend line in the daily chart and the 23.6% Fibonacci retracement level of the up-leg from 104.60 to 114.55, near 112.20, reaching a new three-week low around 111.86. According to the MACD, negative momentum could push for further losses in the short-term as the indicator picks up steam below its red signal line. The RSI is also falling and is relatively close to the 30 oversold .

In the negative scenario, where the price continues to expand below today’s low, a new trough could be formed around the 111.40 support level, taken from the bottom on October 26. If the market manages to overcome that area, traders could look for support at the 38.2% Fibonacci region of 110.75 before steeper bearish actions take the price down to the 110.35 area.

A reversal to the upside could stall at the 112.20 – 112.30 resistance zone before touching again the rising trend line. Further up, the bearish cross of the 20- and 40-simple moving averages (SMA) currently in a formation at 113.10 could be the next level to focus on. Any violation of this point could potentially trigger further buying interest in the market, probably leading the price up to 114.20, identified by the high on November 12.

Regarding the medium-term picture, the bullish outlook has switched to neutral after the break below the nine-month uptrend line. 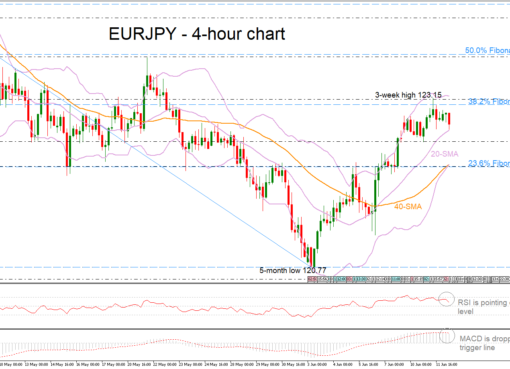 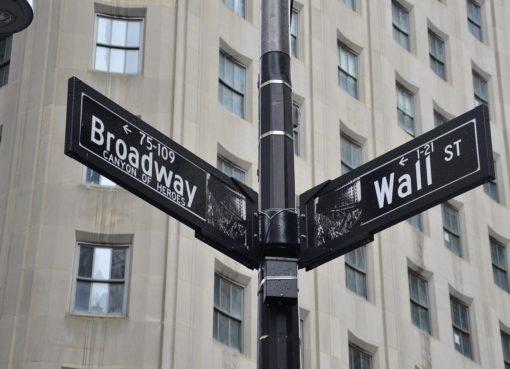 Is the equity correction over, or just taking a breather? 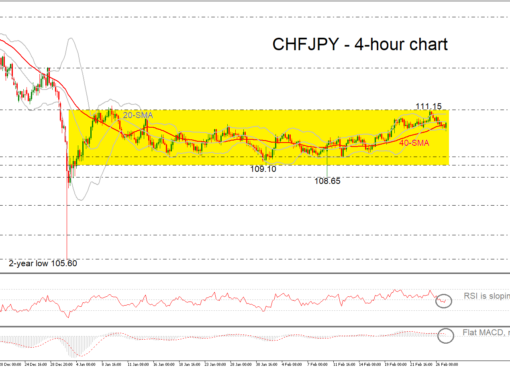