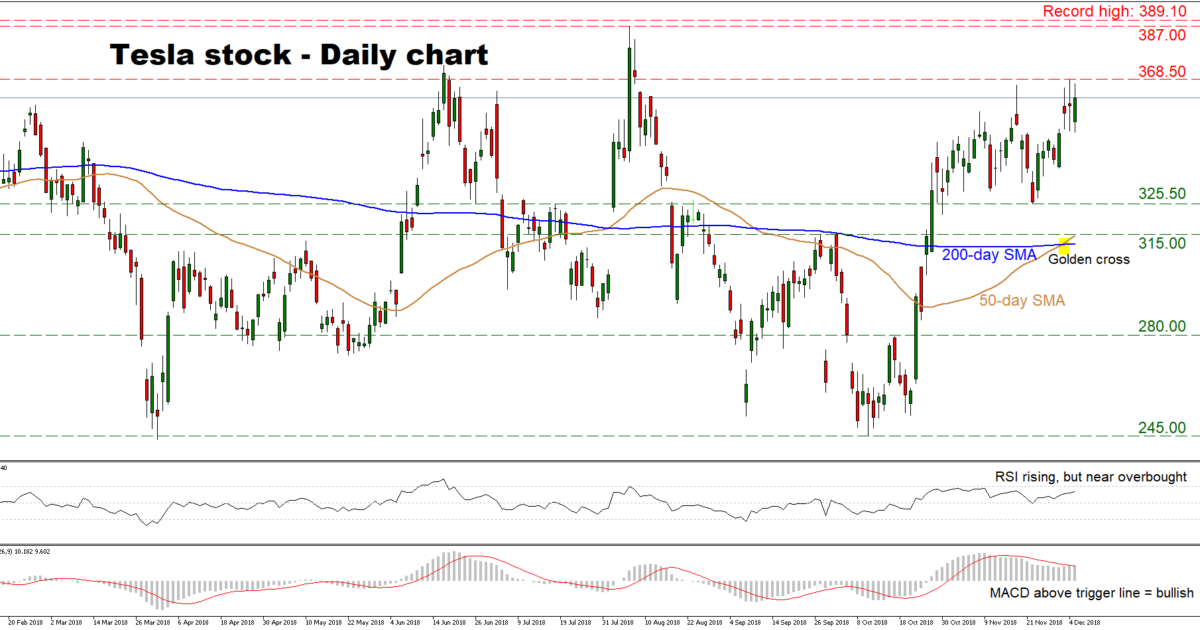 Tesla’s stock moved higher in recent sessions to touch a four-month high of 368.50. Meanwhile, the 50-day SMA crossed above the 200-day one marking a so-called “golden cross”, which is a bullish signal. That being said, the broader picture still appears to be sideways; a move above the August peaks of 387.00 is needed to change that.

Momentum oscillators concur that the short-term outlook is positive. The RSI is above 50 and moving higher, though may be nearing its overbought levels, while the MACD just crossed above its red trigger line – another bullish sign.

More advances could encounter immediate resistance near the 368.50 level, with an upside break opening the way for the 387.00 level; notice that the area around it encapsulates the stock’s all-time high, at 389.10. If the bulls pierce above that too, resistance may be found near round figures, for instance, 400.00.

On the downside, a pullback may stall first at 325.50, the low of October 23, with even steeper downside extensions aiming for the 315.00 level, where the 50- and 200-SMASMAs are also roughly located. Even lower, the inside swing high of October 17 at 280.00 could provide support.

In short, the near-term bias looks increasingly positive, but the medium-term picture remains neutral for now. 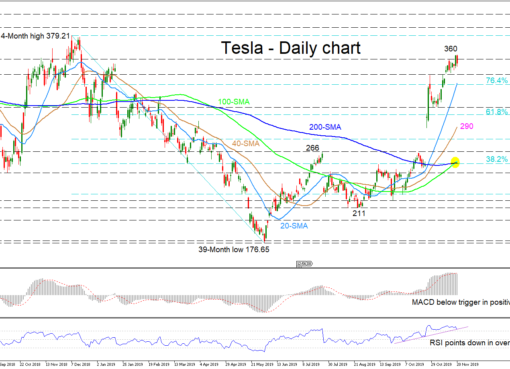 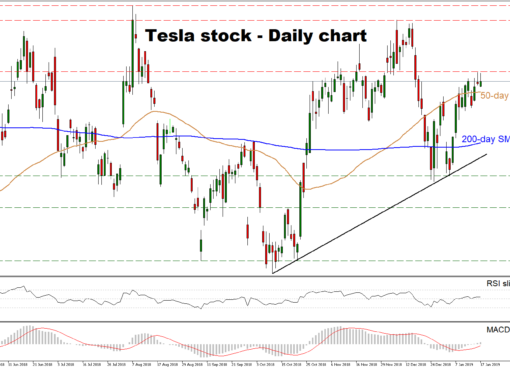 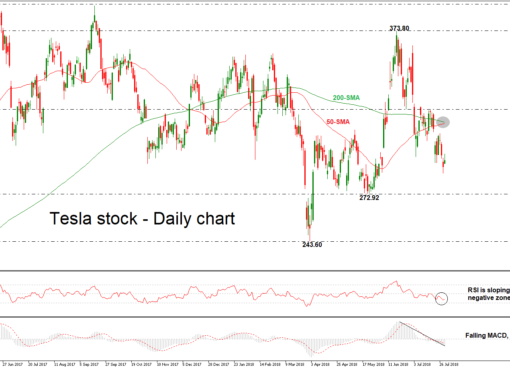