USD/CHF extended Tuesday’s losses and is currently trading not far above a two-week low of 0.9952 hit earlier on Wednesday.

The RSI turned lower after entering overbought territory above 70. At the moment, it continues to head lower in support of a negative short-term picture. The bias in the very-short-term also looks bearish as indicated by the stochastics: the %K and %D lines are negatively aligned and are both moving further down.

Further declines may meet support around 0.9925, this being a congested area between mid-April to late August that also halted advances at the beginning of October. Not far below, support could occur around the current levels of the 100- and 50-day moving average lines at 0.9876 and 0.9838 respectively. Even lower, early June’s bottom of 0.9787 would be eyed.

On the upside, resistance could occur around the parity level (1.00) that that may be of psychological significance. Higher still, the one-and-a-half-year zenith of 1.0094 would increasingly come into scope; not far below this point lie a couple of other peaks from previous months as well.

The medium-term picture continues to look predominantly bullish, with trading activity taking place above both the 50- and 100-day MAs.

Overall, the short-term outlook appears mostly bearish, and the medium-term one remains bullish for the most part. 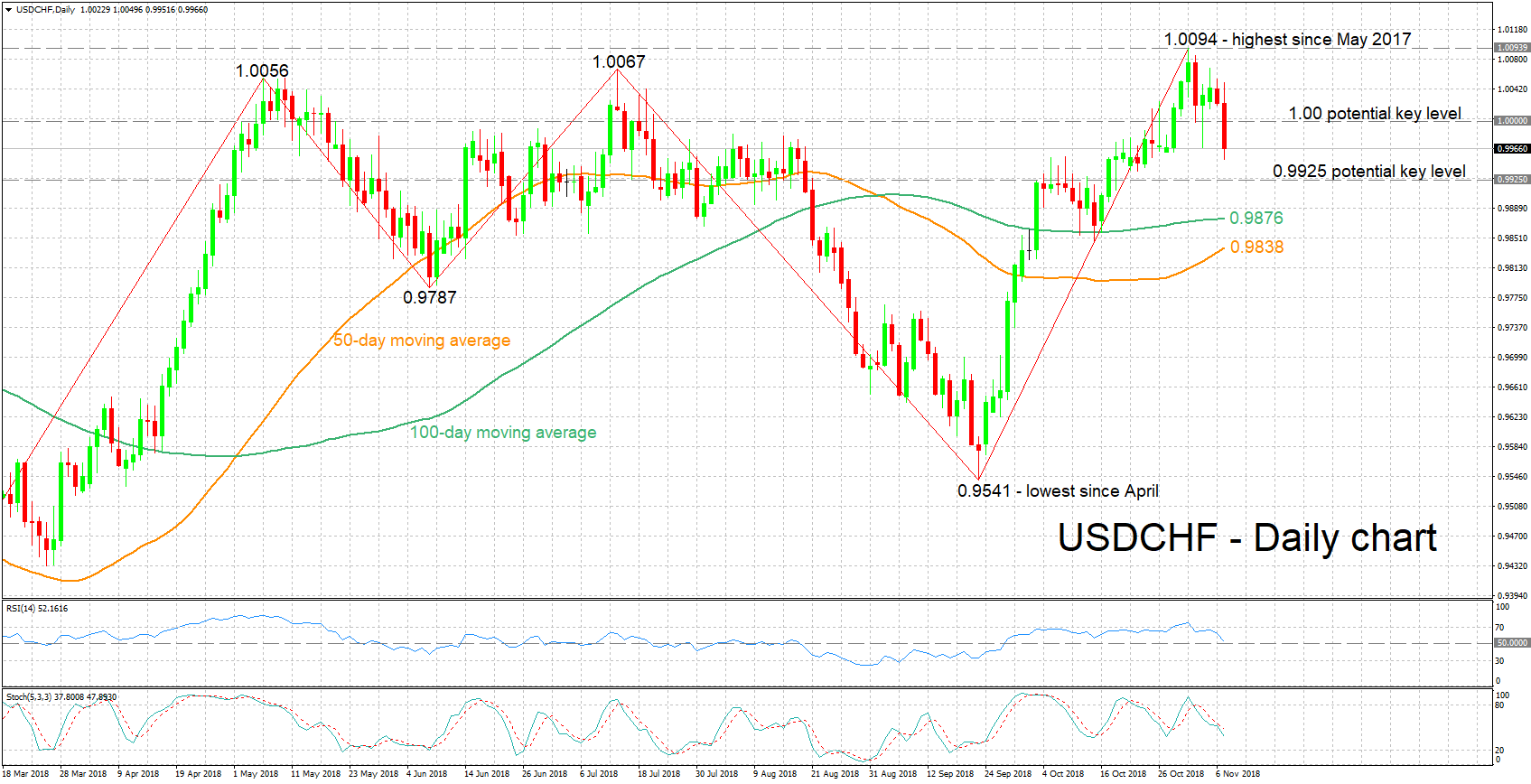