West Texas Intermediate (WTI) futures plummeted to a new nine-month low of 58.66 on Monday, creating the eleventh red day in a row. Prices remain below the simple moving averages (SMA) in the 4-hour chart and are hovering slightly above the aforementioned low. According to the momentum indicators, the blue %K line of the stochastic oscillator is turning higher, ready to create a bullish crossover with the red %D line. The RSI indicator is flattening in the bearish territory. Both are suggesting an end to the downward movement.

However, should the price manage to strengthen its negative bias and post a significant leg below the nine-month low, the next support could come immediately at 58.15, taken from the low on February 9. A break below this area would shift the bias to an even more negative one and open the way towards the 56.00 level, achieved on December 2017.

On the upside, if prices rebound from the recent low, they could touch the 20-SMA near 60.42 at the time of writing, before heading towards the 61.30 resistance level. Further improvement could drive oil prices until the 23.6% Fibonacci retracement level of the down-leg from 76.90 to 58.66, around 62.93.

Overall, WTI crude shifted the bullish outlook to negative, especially after the slip below the 64.00 psychological level. In the short-term, the price has been mostly declining since October 3. 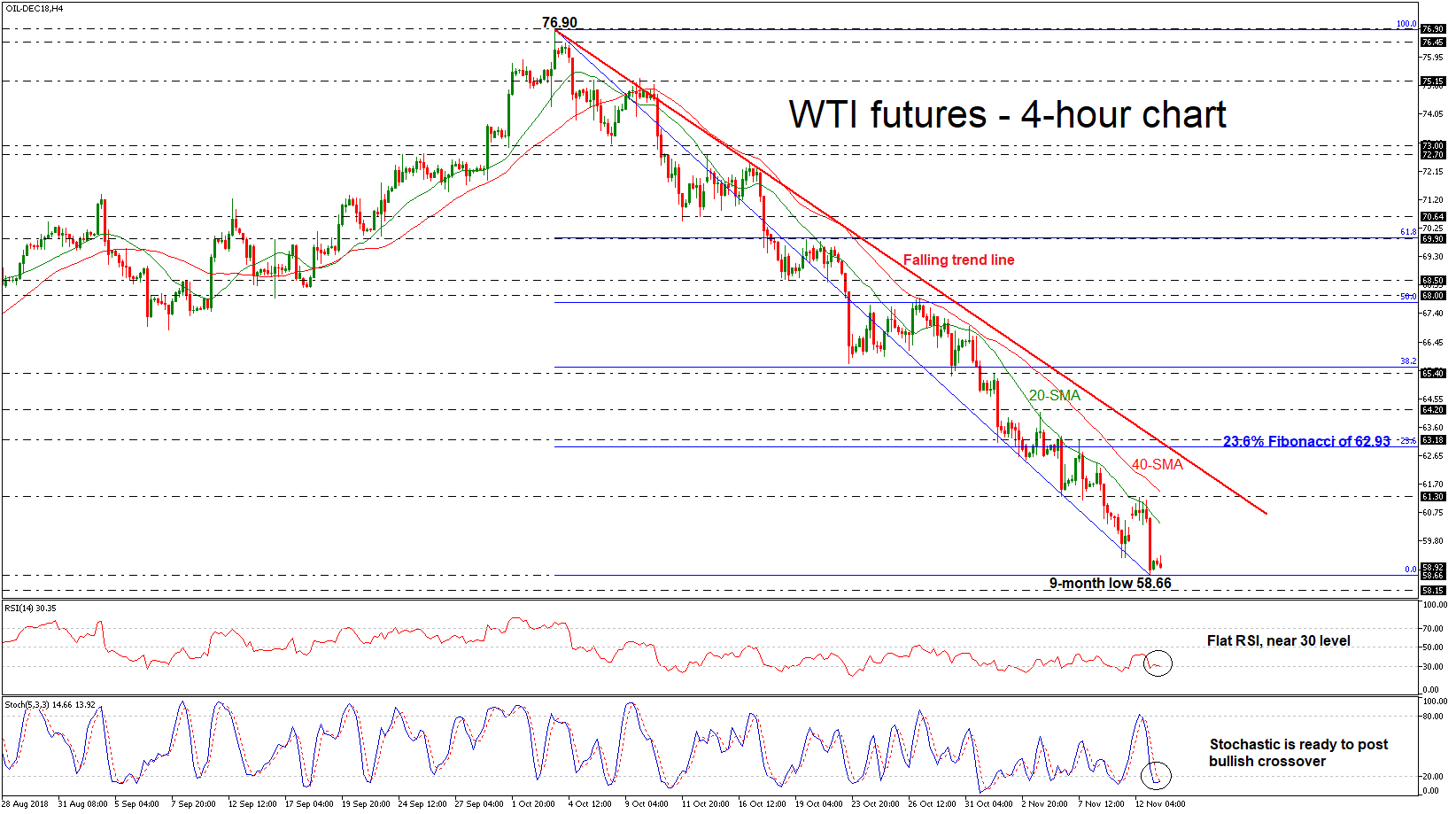