NZD/JPY around 5-month high; the rally could be overstretched.

NZD/JPY is trading not far below Wednesday’s five-month high of 77.44. The pair has staged a remarkable recovery from early October’s low of 72.25, this being only marginally above September’s more than two-year nadir of 72.24.

The Tenkan- and Kijun-sen lines are positively aligned, attesting to the bullish short-term bias that is in place. However, notice that the Chikou Span may be signaling an overextended rally, the implication being that a near-term pullback could take place. The RSI, which is practically at the 70 overbought level, is also cautioning that the move up may be overstretched.

Advances above yesterday’s multi-month high may meet initial resistance around the 77.85 top. Further above, the area around the March peak at 78.60, which is also where the triple bottom reversal pattern completed in October approximately projects too, could also act as a barrier to gains. The more bullish movement would eye 79.59, the pair’s highest since February.

In case of declines, support could emerge around 76.84, this being a top from July. Lower, the Tenkan-sen at 76.22 would come into focus, with stepper losses turning the attention to the zone around a recent high at 75.52.

The gains from early October onwards have managed to turn the medium-term picture to a bullish one. Lending credence to this view is trading activity taking place above the 50- and 100-day moving average lines, as well as above the Ichimoku cloud. Also, a bullish cross by the two MAs increasingly looks imminent.

To conclude, both the short- and medium-term outlooks appear positive at the moment. There are signals of an overstretched rally in the near term though. 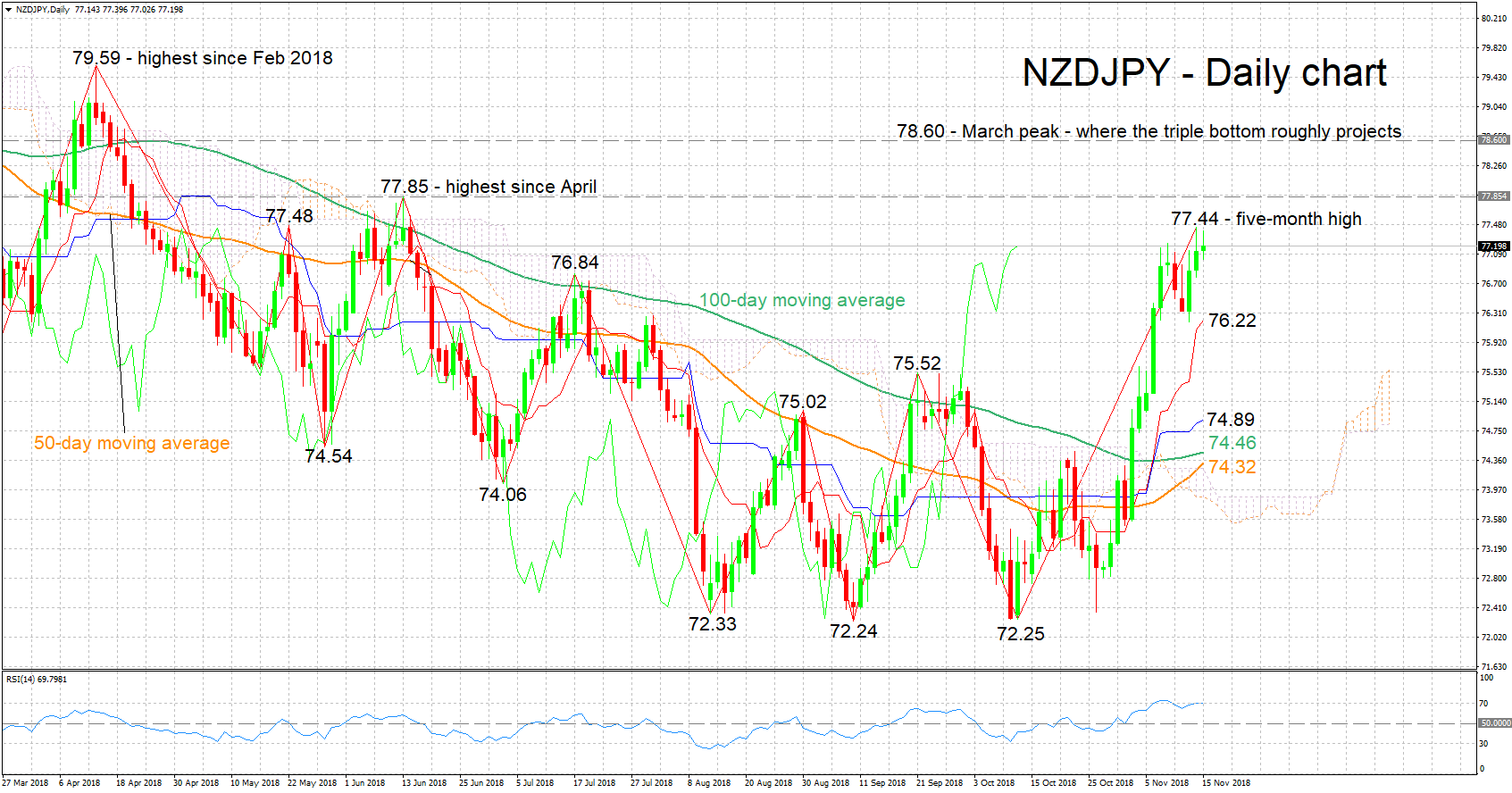