GBP/AUD has steadied after dropping to an 8-week low of 1.7860 October 30. The pair rebounded to a one-week high of 1.8147 yesterday but is being capped by the long-term ascending trend line, which has been serving as both support and resistance ever since prices first dipped below it in August.

A break above this resistance shouldn’t be ruled out in the near term as the stochastic oscillator suggests the positive momentum hasn’t receded completely, with both the %K and %D lines continuing to rise. However, the %D line is fast approaching the %K line, so a bearish crossover is possible in the coming days. Also, the RSI is flatlining just below the 50 neutral level, indicating there is little momentum in either direction.

Even if the positive momentum was to strengthen, GBP/AUD is likely to face strong resistance in the area around the ascending trend line as the 38.2% Fibonacci retracement level of the up-leg from 1.7282 to 1.8724 also lies in this region at 1.8173. Should the pair manage to cross above this zone, the next hurdle could come at the 23.6% Fibonacci at 1.8384. A break above this level would clear the way for the 27-month high of 1.8724 reached in October and shift the medium-term picture to a more bullish one. 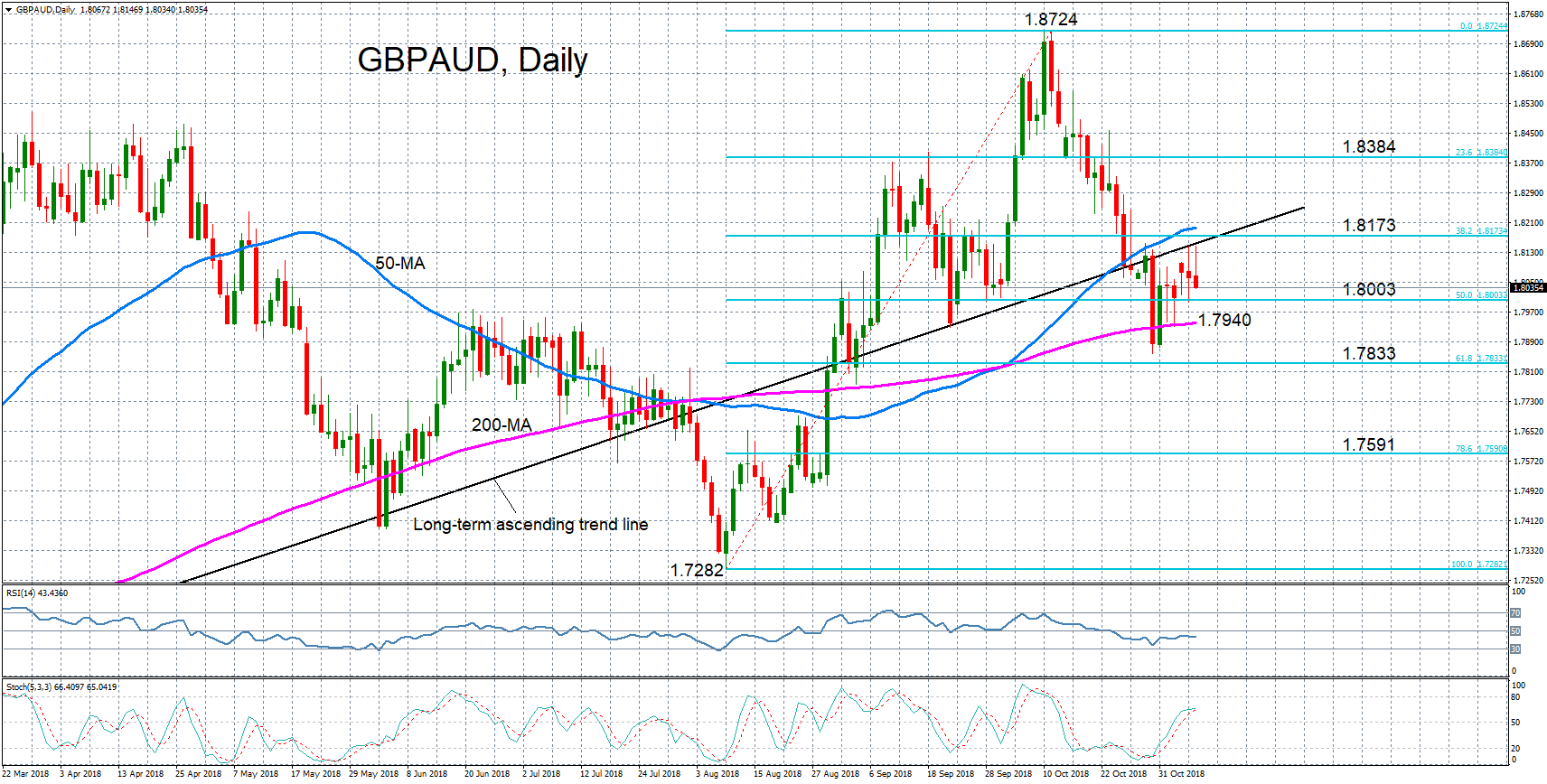