EUR/USD had a bearish start on Monday, with the price breaking a crucial support at 1.1300 to drop towards 1.1267, the lowest since June 2017. The pair has also increased distance below its negatively sloped moving average lines and the Ichimoku cloud, indicating that the recent downtrend might hold for longer.

Momentum signals are bearish as well as the red Tenkan-sen line, which is below the blue Kijun-Sen line, looks to be heading south, while the RSI has reversed lower after failing to break above its 50 neutral level last week. Yet the latter is ready to enter the oversold territory below 30, signaling that the downfall might come to an end soon.

Should the price extend declines, the 1.1200 round level could be of psychological significance and therefore act a barrier to downside movements. Below that, the focus could shift straight to 1.1118 where the price posted a strong rebound on June 2017. If the latter permits for further weakness, the next stop could be around 1.1050, a previous support and resistance area.

On the other hand, a recovery could retest the 1.1300 key level before attention turns to 1.1365, the high on August 2016. Moving higher, the 1.1450-1.1550 area should attract attention as the price paused several times in this zone in the past, while a significant rally above that region could last until 1.1621, the peak on October 16.

Turning to the medium-term picture, the bearish outlook came back into play after the bridge of the 1.1300 level. A jump above that point would restore the neutral mode. For a bull market though traders need to wait for a clear close above 1.1814, taken from the top on September 24.

Overall, EUR/USD holds a bearish profile both in the short and the medium-term. 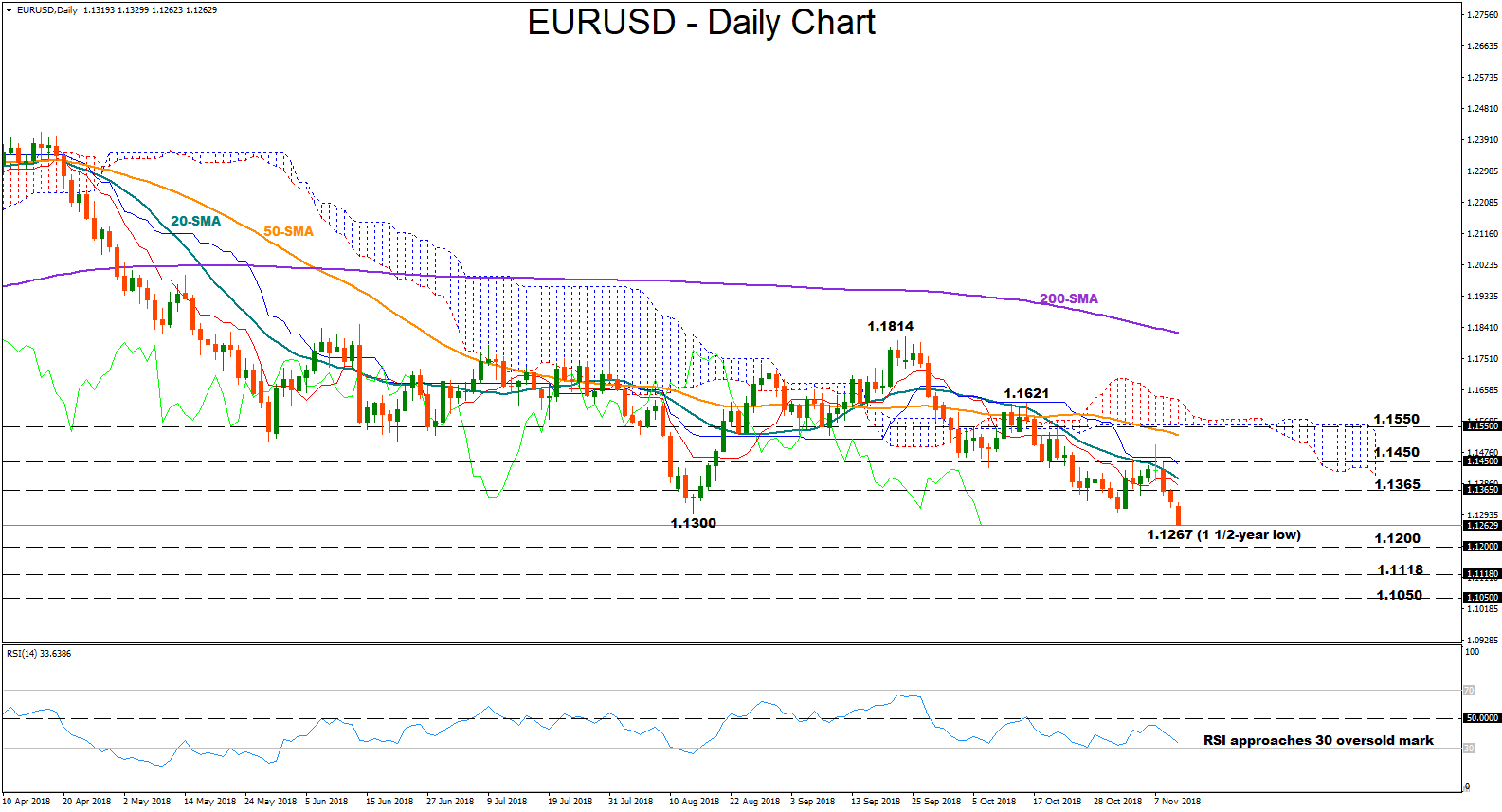