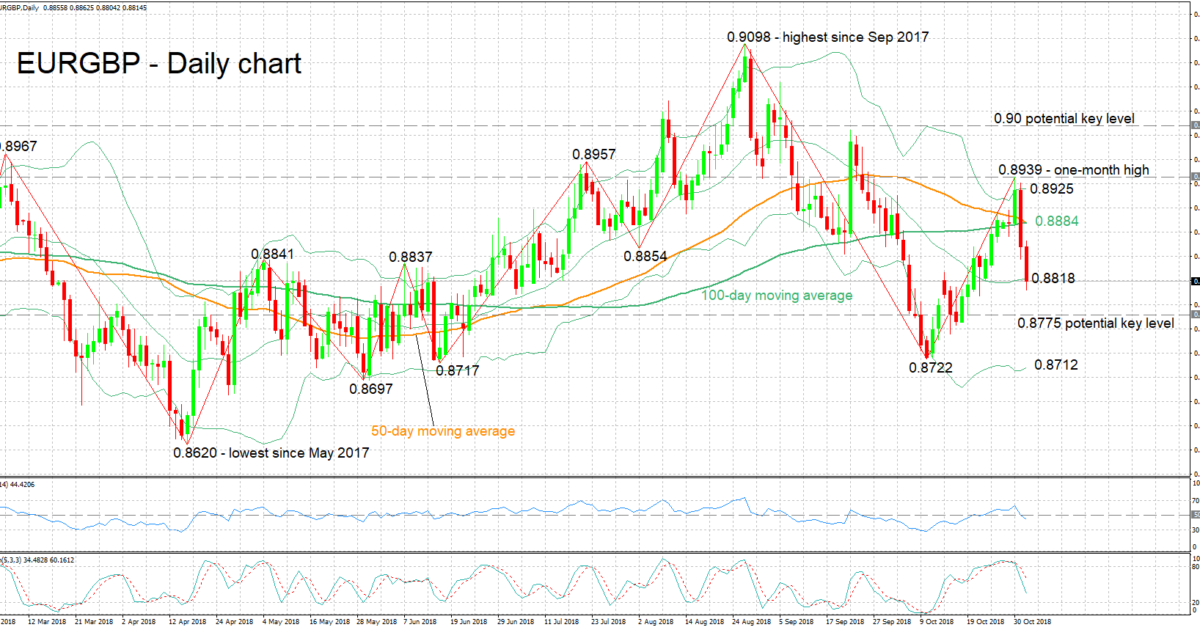 EUR/GBP has moved considerably lower after touching a one-month high of 0.8939 on Tuesday. The pair is currently trading not far above a nine-day low of 0.8804 touched earlier on Thursday.

The RSI turned lower over the past couple of days, entering bearish territory below 50; this is a sign of short-term momentum shifting to the downside. Also, the stochastics are projecting a bearish picture in the very short-term, as the %K line has moved below the slow %D one and both lines are heading lower.

Price action is marginally below the middle Bollinger line – a 20-day moving average line – though it may still be meeting immediate support around this level. A decisive violation would turn the attention to the zone around 0.8775 which was one of congestion from late April to late June. Steeper losses would shift the focus to the lower Bollinger band at 0.8712; the area around this point encapsulates a few bottoms from previous months. Lower still, the 0.8620 level would be eyed.

On the upside, resistance could occur around the 50- and 100-day MA lines which have converged at 0.8884; a couple of tops and a bottom from the recent past lie close to this mark. Further up, the region around Tuesday’s peak of 0.8939 may act as a barrier – the upper Bollinger band at 0.8925 is close to this high – with the 0.90 level coming within the scope in the event of stronger advances.

Trading activity taking place below the 50- and 100-day MAs, which look increasingly likely to post a bearish cross, is pointing to a mostly negative picture in the medium-term.

Overall, both the short- and medium-term outlooks are looking predominantly bearish at the moment. 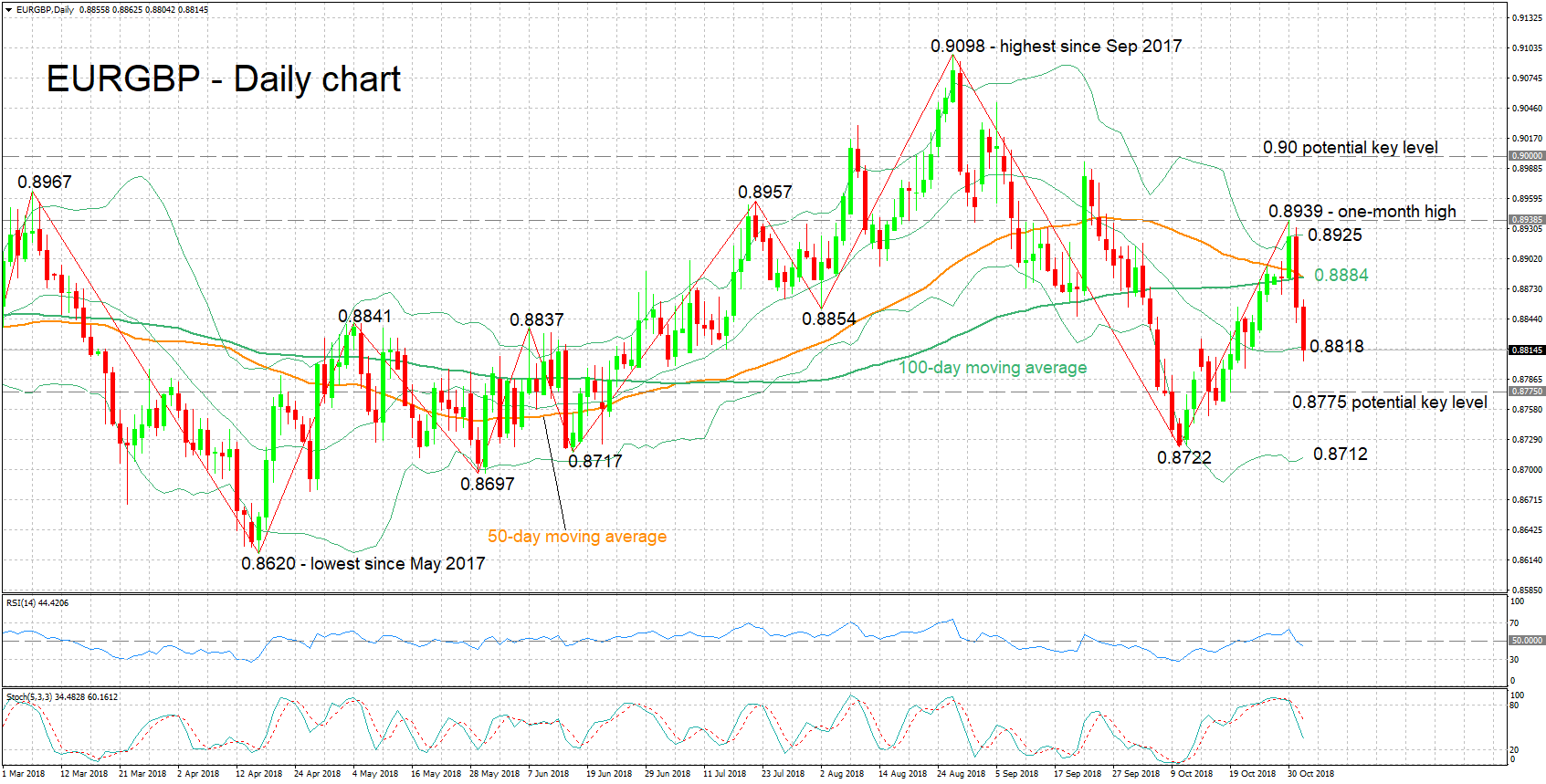 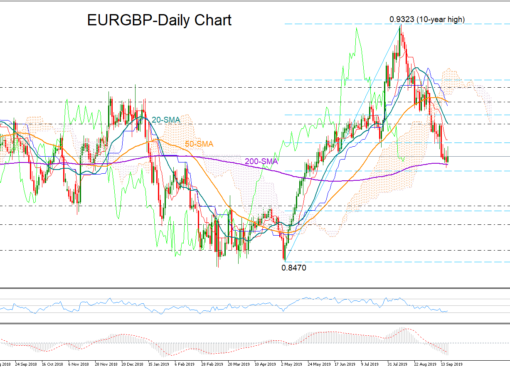 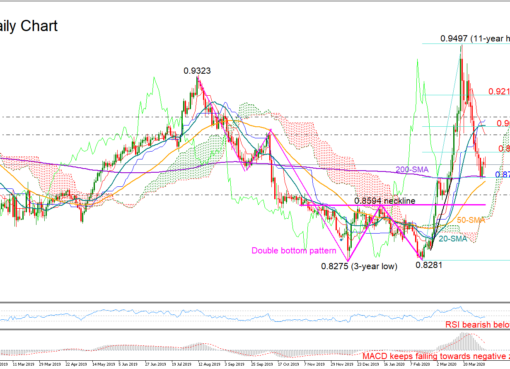 EUR/GBP may have more downside ahead 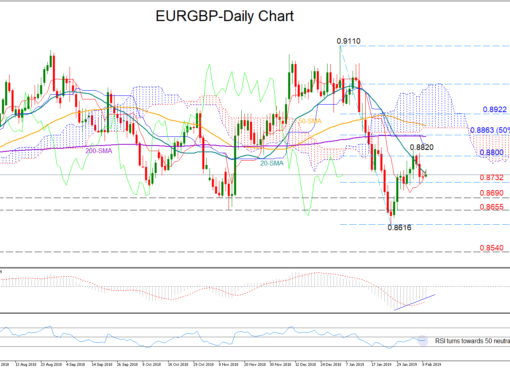