BTC/USD plummeted to a new 16-month trough of 3814 earlier today, continuing the strong sell-off sentiment of a previous couple of weeks. The RSI and the MACD have both weakened, with the former remaining in the oversold zone and the latter easing below its red signal line. Downside risks persist as both indicators continue to fluctuate in bearish territory.

If the market manages to pick up speed to post more losses, support could be found around the 3500 level, taken from the low in September 2017. A significant leg below this area could send prices towards the 3000 level, registered in September 2017 as well.

On the flip side, if the pair bounces up and surpasses the 4000 level, resistance could be met at the mid-level of Bollinger band near 4260. The next immediate hurdle is coming from the 4610 resistance level, identified by the minor top on November 21.

In the short-term, the aggressive bearish phase remains in play especially when bitcoin continues to set multi-month lows day by day. 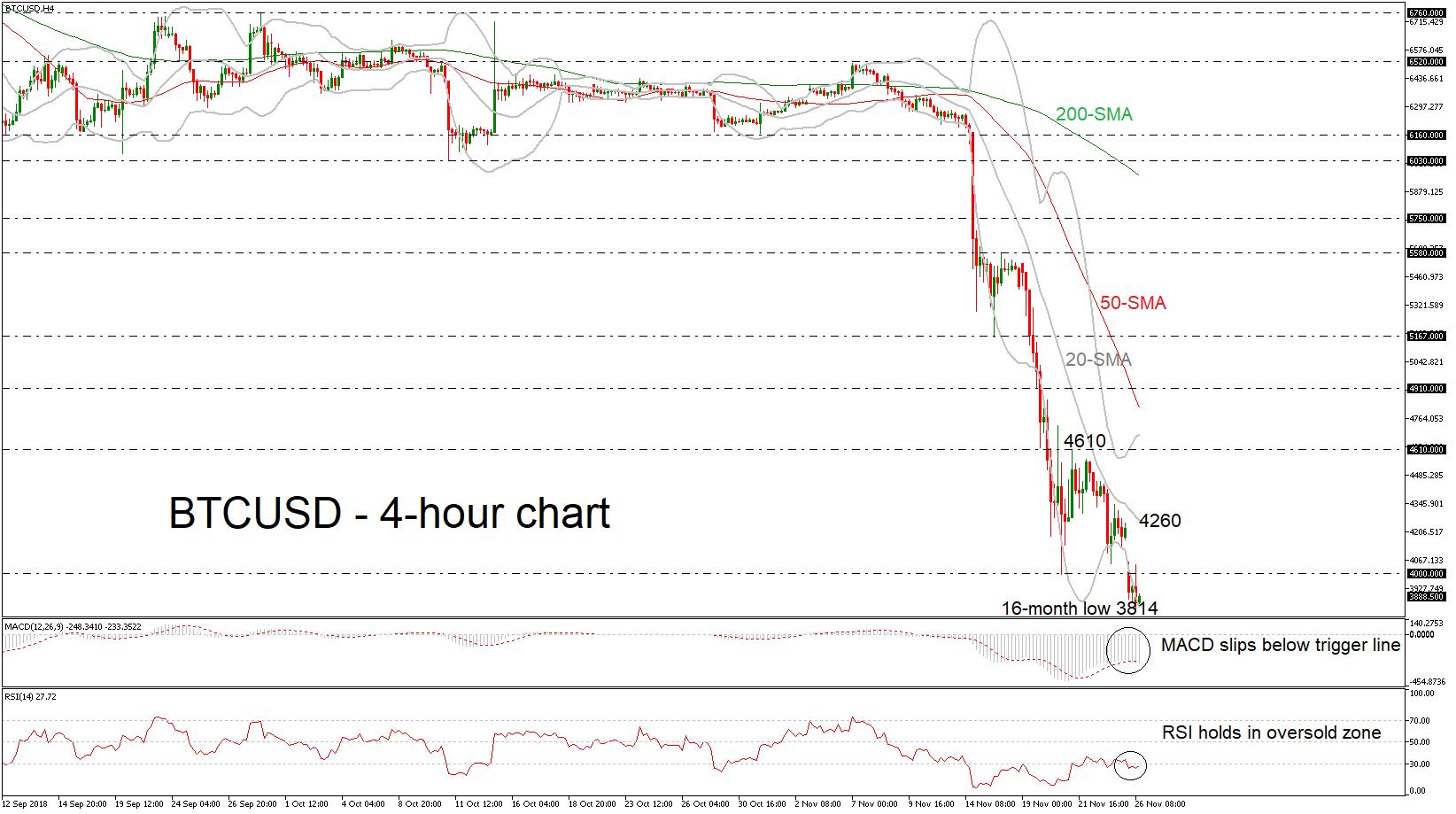