Australia will publish wage growth data on Wednesday at 0:30 GMT ahead of employment figures the following day, while key indicators out of China due at 02:00 GMT will also be attracting attention for the Australian dollar. The AUD/USD has been faring somewhat better during November after sagging at 32-month lows in October. An upbeat RBA and better-than-expected trade numbers lifted the local dollar during the past week. But whether it can maintain the positive momentum could depend on the upcoming data.

Australia’s wage price index has been hovering around 2% since early 2016 as subdued consumer prices have kept inflation expectations low and spare capacity in the labour market remains abundant. Wages were up 2.1% year-on-year in the second quarter of the year, picking up slightly from 2.0%. A further acceleration is anticipated for the third quarter, with the wage price index forecast to rise to a 4-year high of 2.3%. The quarter-on-quarter rate is expected to stay unchanged at 0.6%. 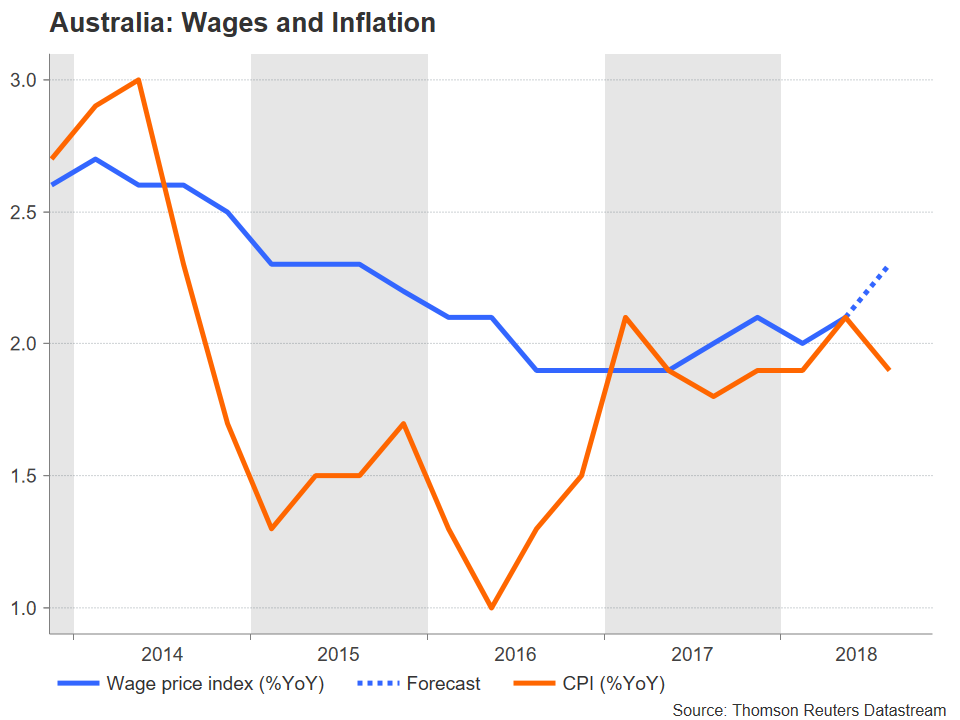 While higher wage growth would be welcomed by the Reserve Bank of Australia (RBA), it’s unlikely to significantly alter the RBA’s near-term view of earnings as the central bank would want to wait and see whether the uptrend is sustainable before getting encouraged by the data. Muted wage growth is one of the factors keeping Australian inflation glued to the 2% zone to the frustration of the RBA, which is eager to see a build-up of price pressures so that it can begin lifting its benchmark rate from the record low of 1.50%.

The aussie stands to benefit from stronger wage data on Wednesday, building on its recent gains. However, it may be difficult for the AUD/USD to make much headway as closely-watched economic gauges out of China could offset any potential optimism from the domestic figures. China’s economy slowed more than anticipated in the third quarter, dimming the outlook for demand for Australian exports. Data due on Wednesday is likely to show that the Chinese economy continued to lose some steam in October. 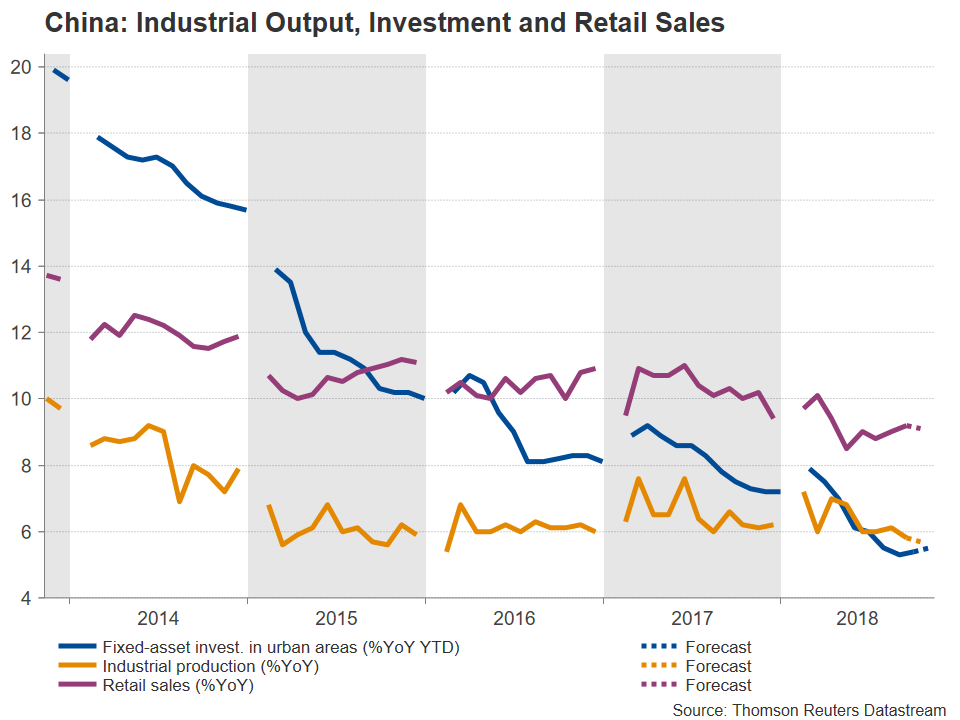 Industrial output in China is forecast to have risen by 5.7% y/y in October, moderating slightly from the prior 5.8%. Fixed-asset investment growth in urban areas is expected to have quickened to 5.5% y/y between January and October, improving further from the record low of 5.3% set in August. But retail sales are forecast to ease in October, from 9.2% to 9.1% y/y.

AUD/USD could break above immediate resistance around 0.7215 in the 4-hour chart should Wednesday’s releases be mostly on the strong side, with the 50-period moving average slightly higher also potentially slowing further advances. A push above this area would bring into range the 23.6% Fibonacci retracement of the up-leg from 0.7018 to 0.7302, at 0.7235. Steeper gains would set the path for a challenge of the 6-week high of 0.7302 touched last week.